It is hard to believe less than a week ago the lakes were frozen solid and it was snowing. Yesterday and today were in the 70’s, all the ice and snow is gone and the mosquitoes have made their first appearance. It is a good thing we don’t have a Clapper installed in the trailer as it would be turning things on and off with all the mosquito killing clapping going on!


Our site is pretty much finished, we put the final grade on it the other day and Barb raked the ground level (she has the blisters to prove it). We put a fire pit in and have everything pretty much set. I was even able to commandeer an old outhouse for a storage shed to put our fishing stuff in. Don’t worry, it had not been used in quite a while and has been moved from its original location. 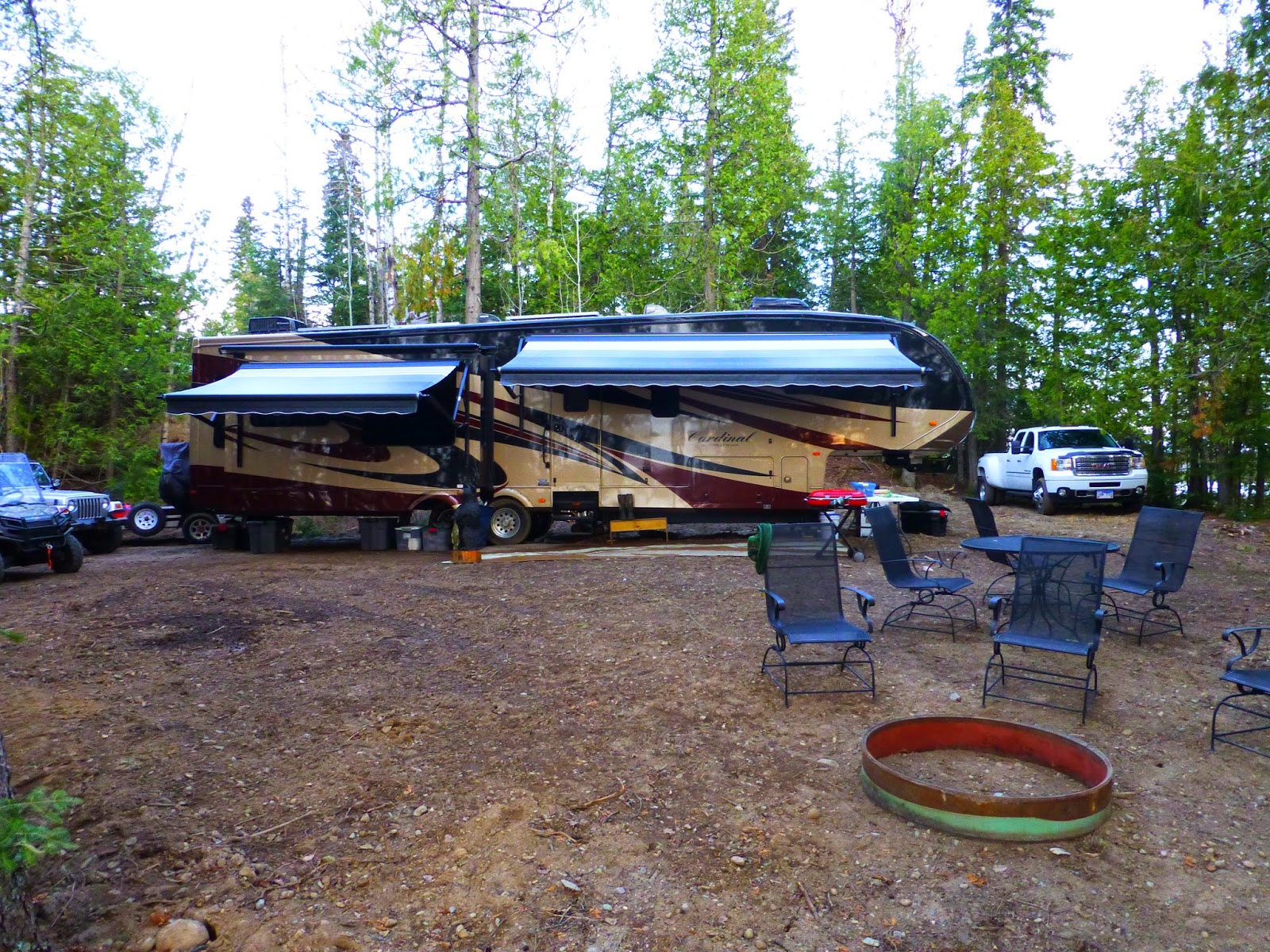 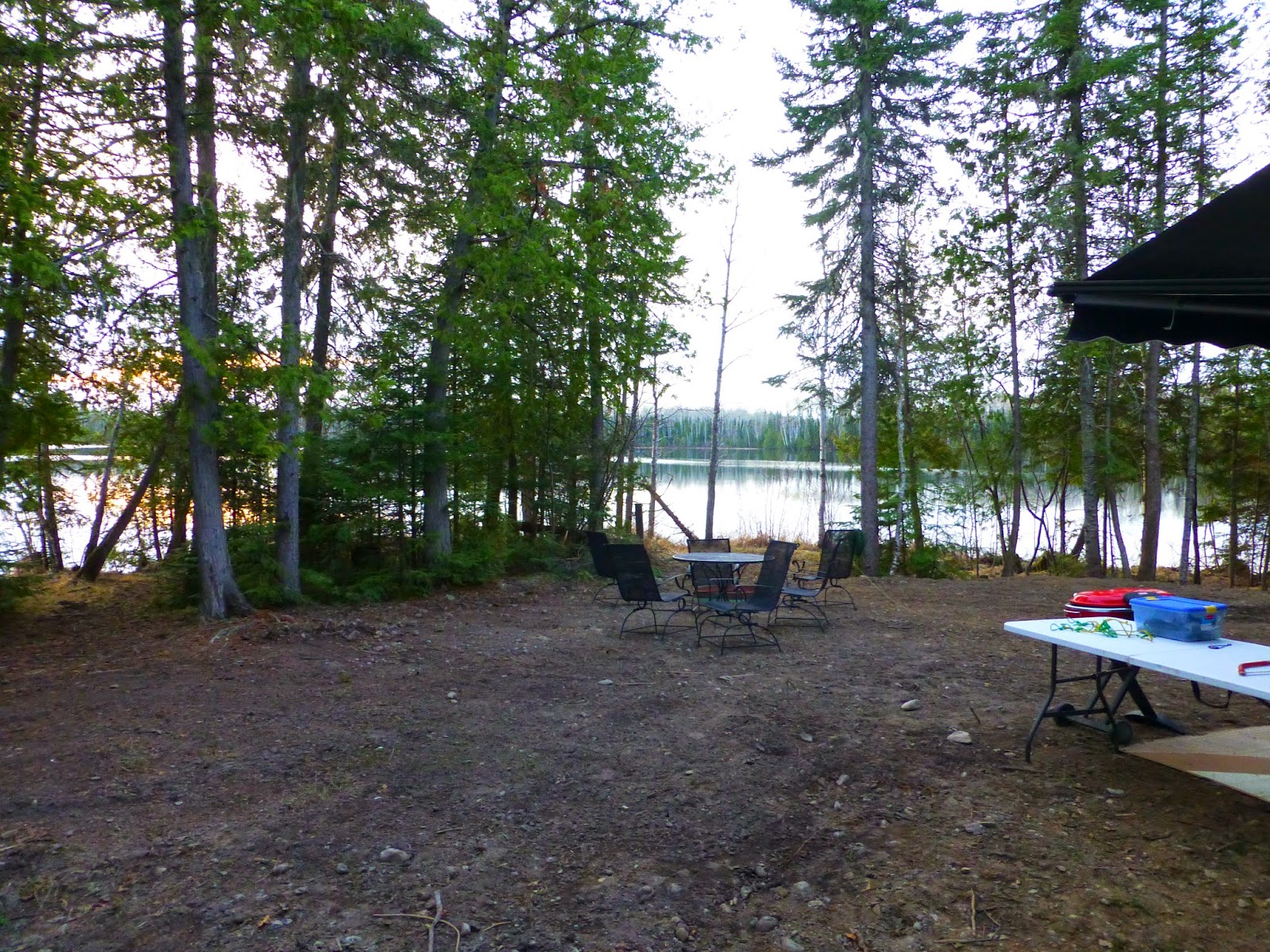 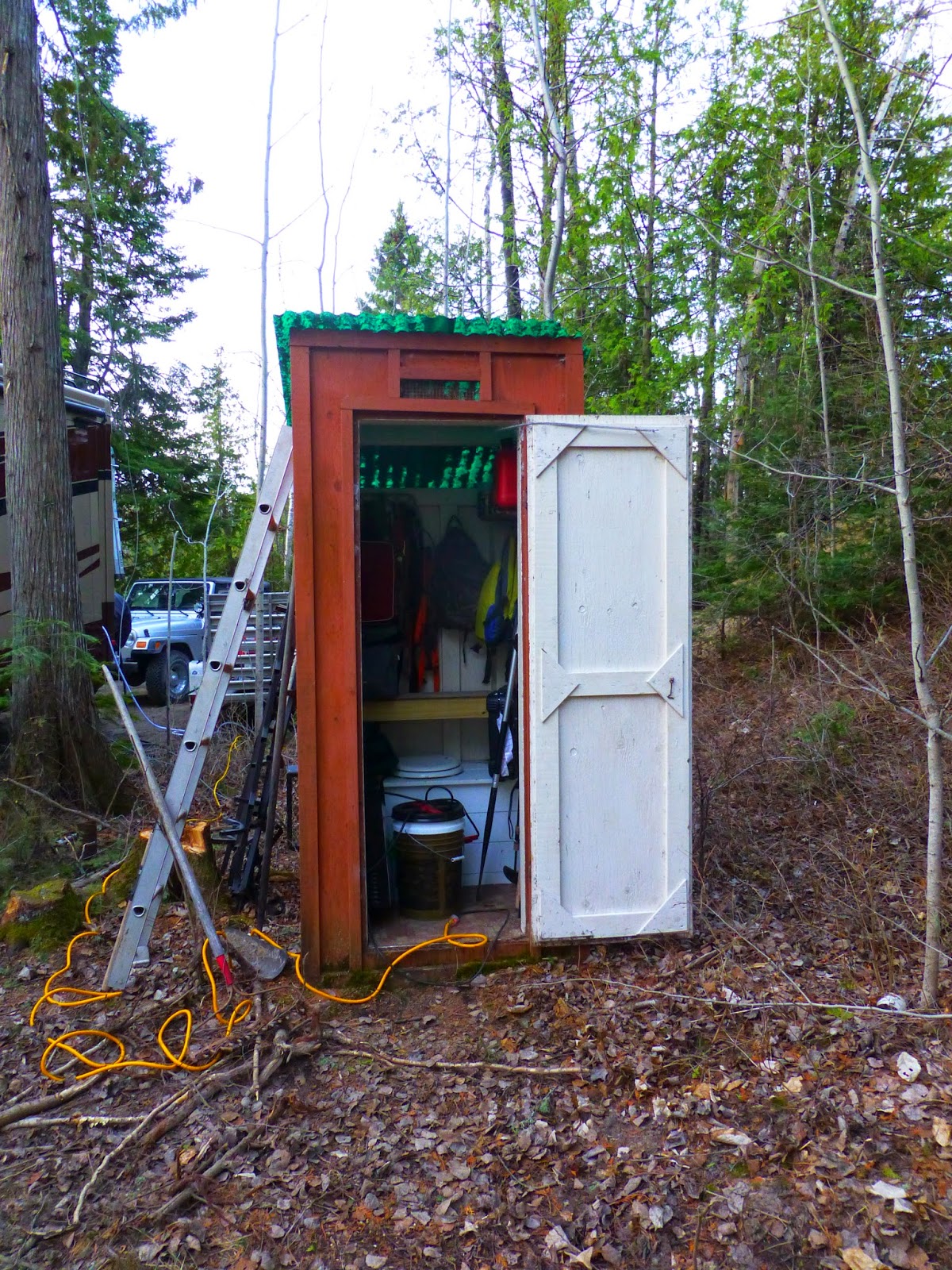 The week went really quick, I was able to get out fishing 3 times, while Barb only got out once. She picked up a project back in the states so she was on the computer for 2 ½ days doing some programming. When we did get out we went to Northwind Lake, this is the same lake that we had to abandon the boats on the shoreline due to ice blocking our launch area a few days before and where Barb caught a 31” walleye last year. It is a very beautiful lake where the launch is on a river that flows into the lake making for a scenic trip into the open water. We managed to catch 6 nice walleyes between 17”-22” along with one white fish. We only kept 3 of the walleyes as we can only keep one fish over 18” each. Northwind Lake is one of the few lakes known to contain “blue walleyes”. These walleyes are literally blue in color as opposed to the normal golden brown. In Northwind you will usually catch 1 blue to every 4-5 golden walleyes. It is really unknown why these fish are blue. The experts don’t know if it is a phase the fish go through, something to do with the mineral content in the lake or if the fish are born blue and stay that way all their lives. Either way, it is a unique fish and provides something a little different to the anglers on this lake. Of the fish we caught that day, two were blue and the other 4 were gold. 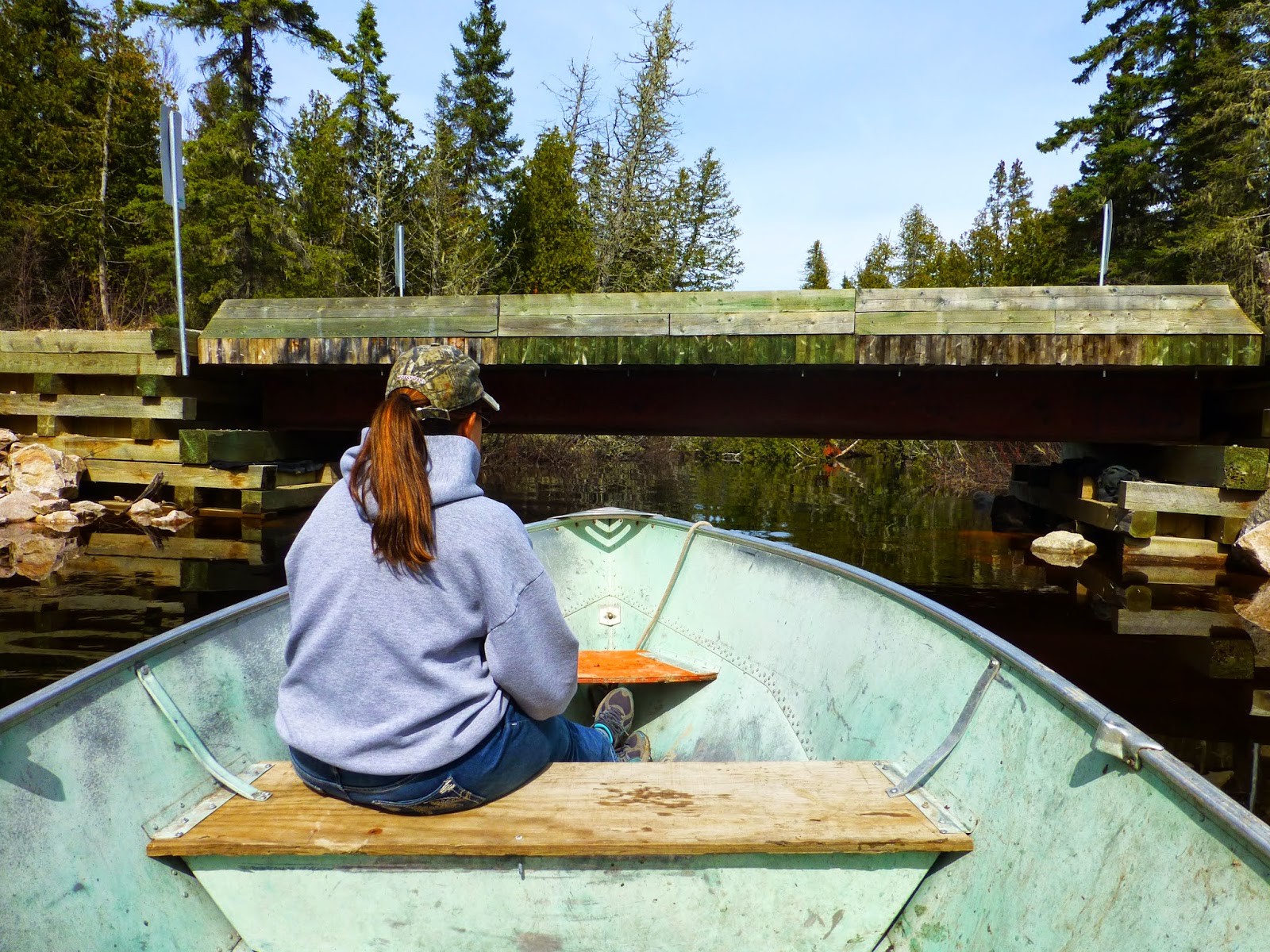 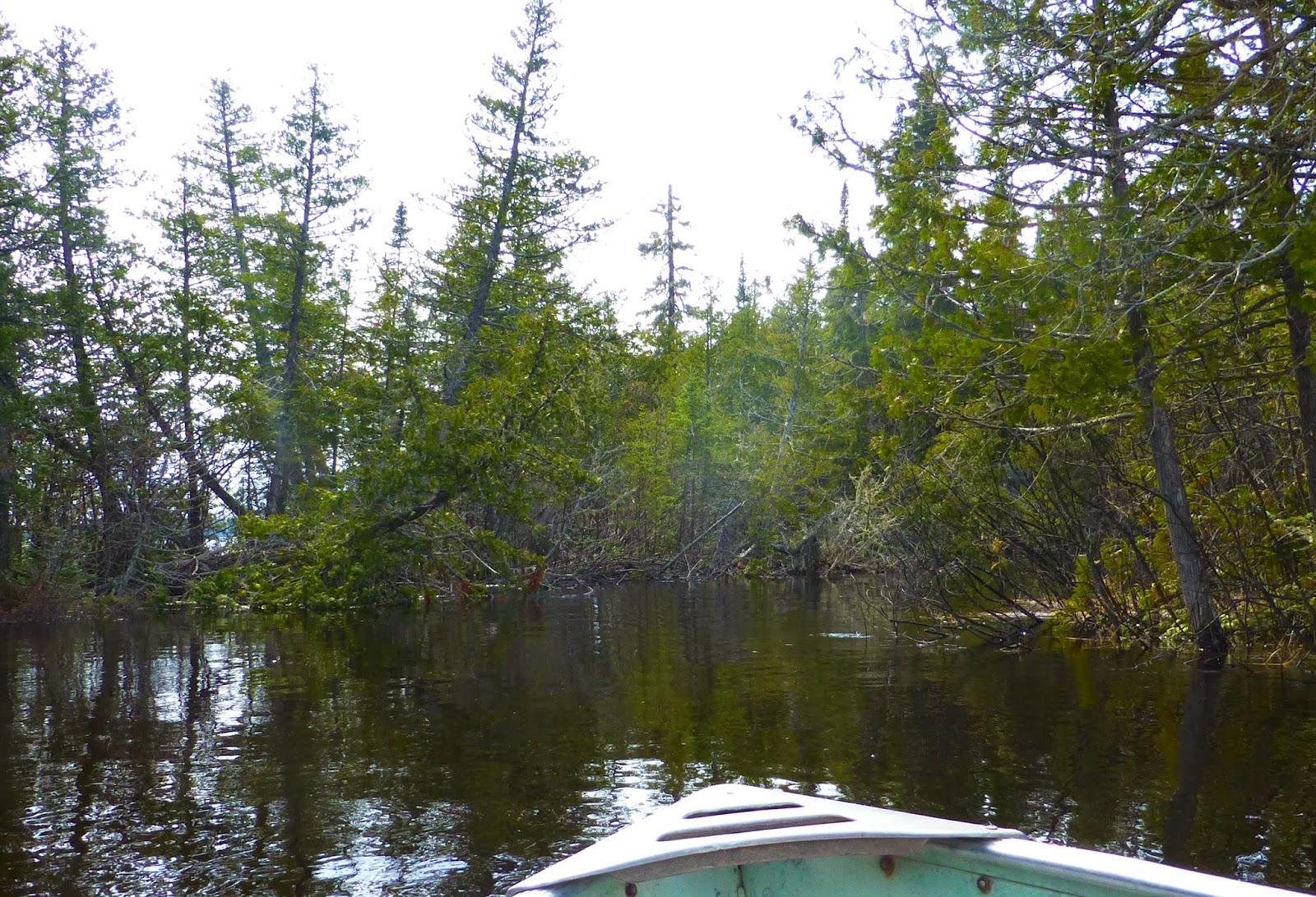 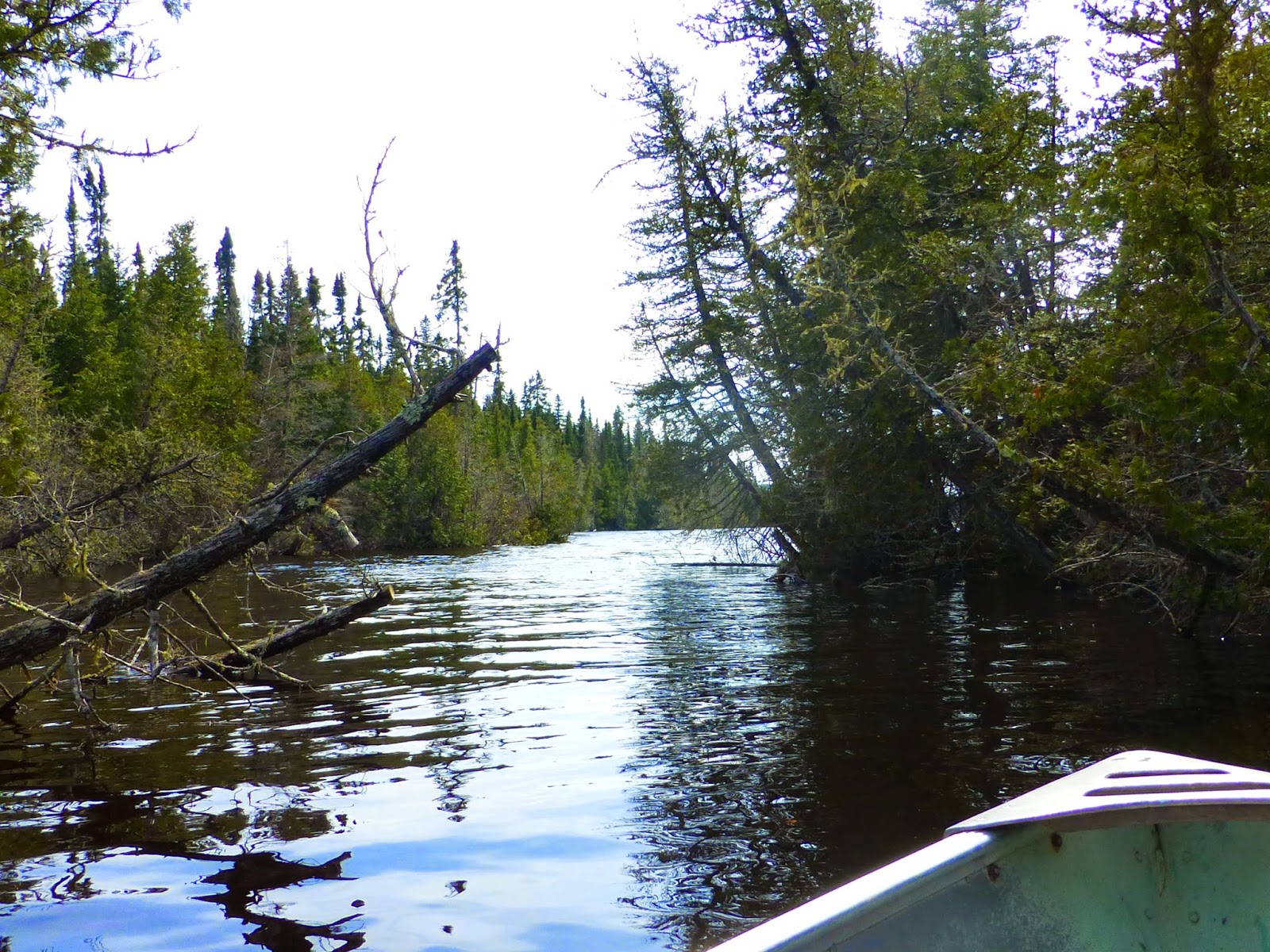 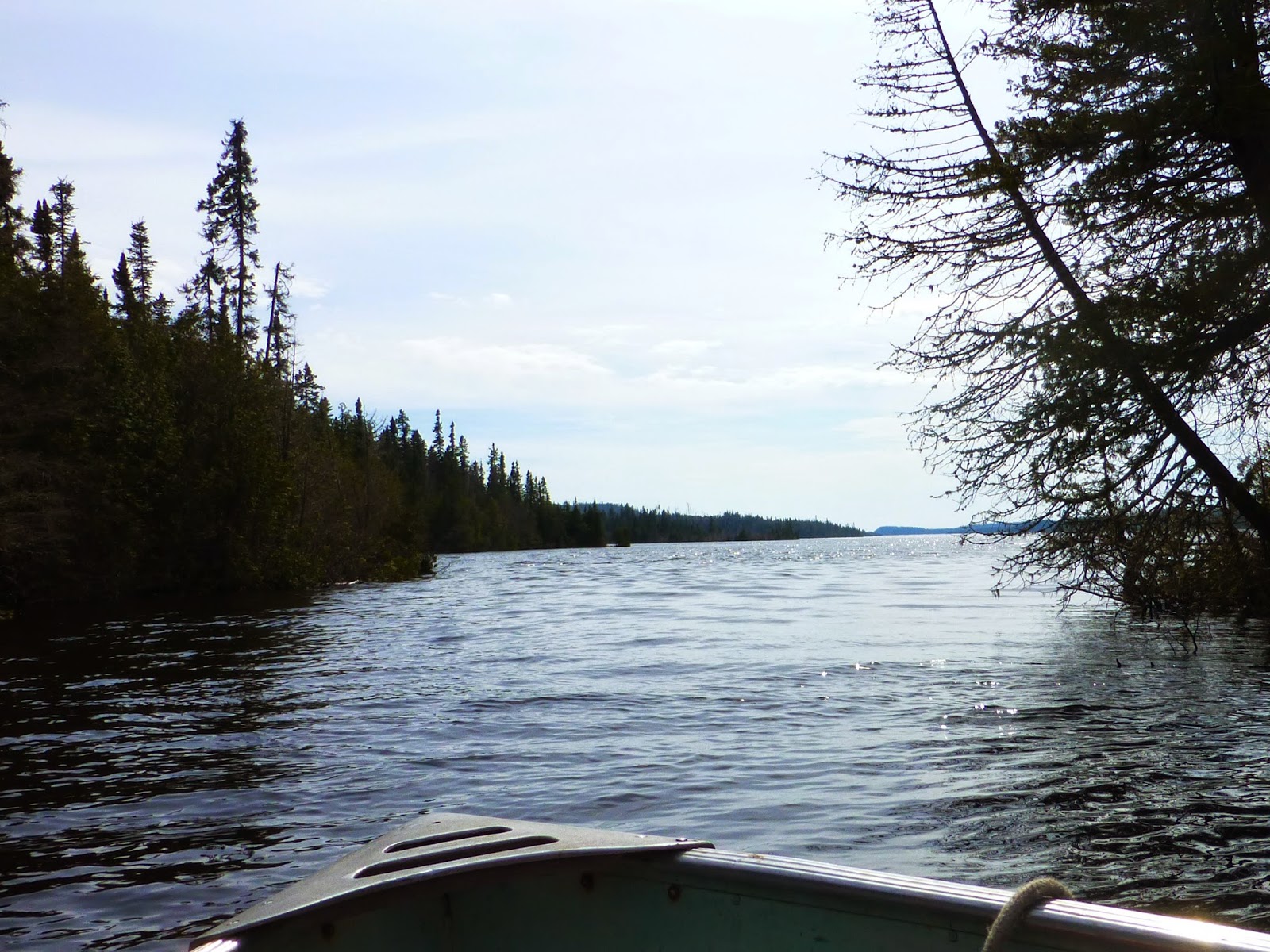 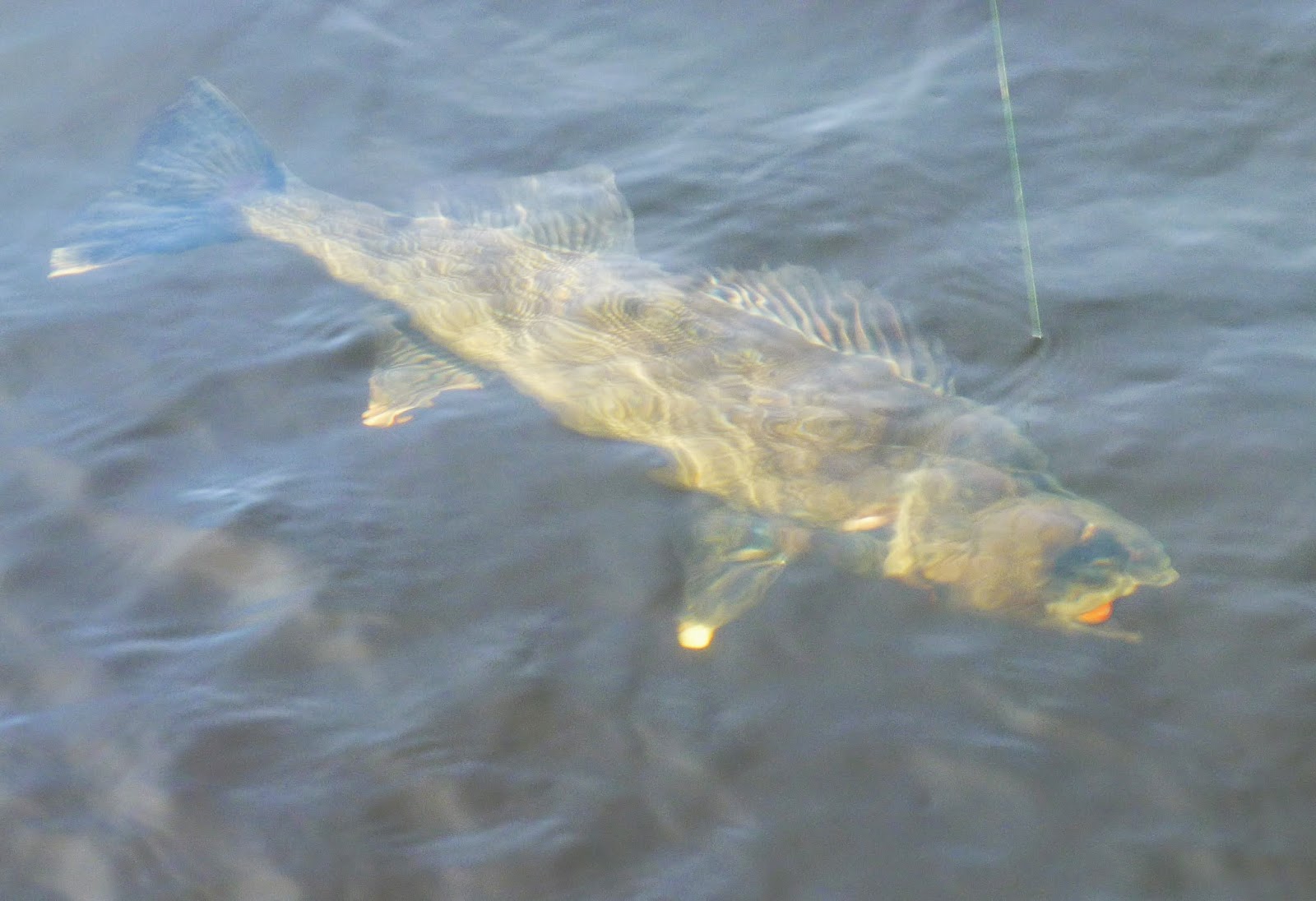 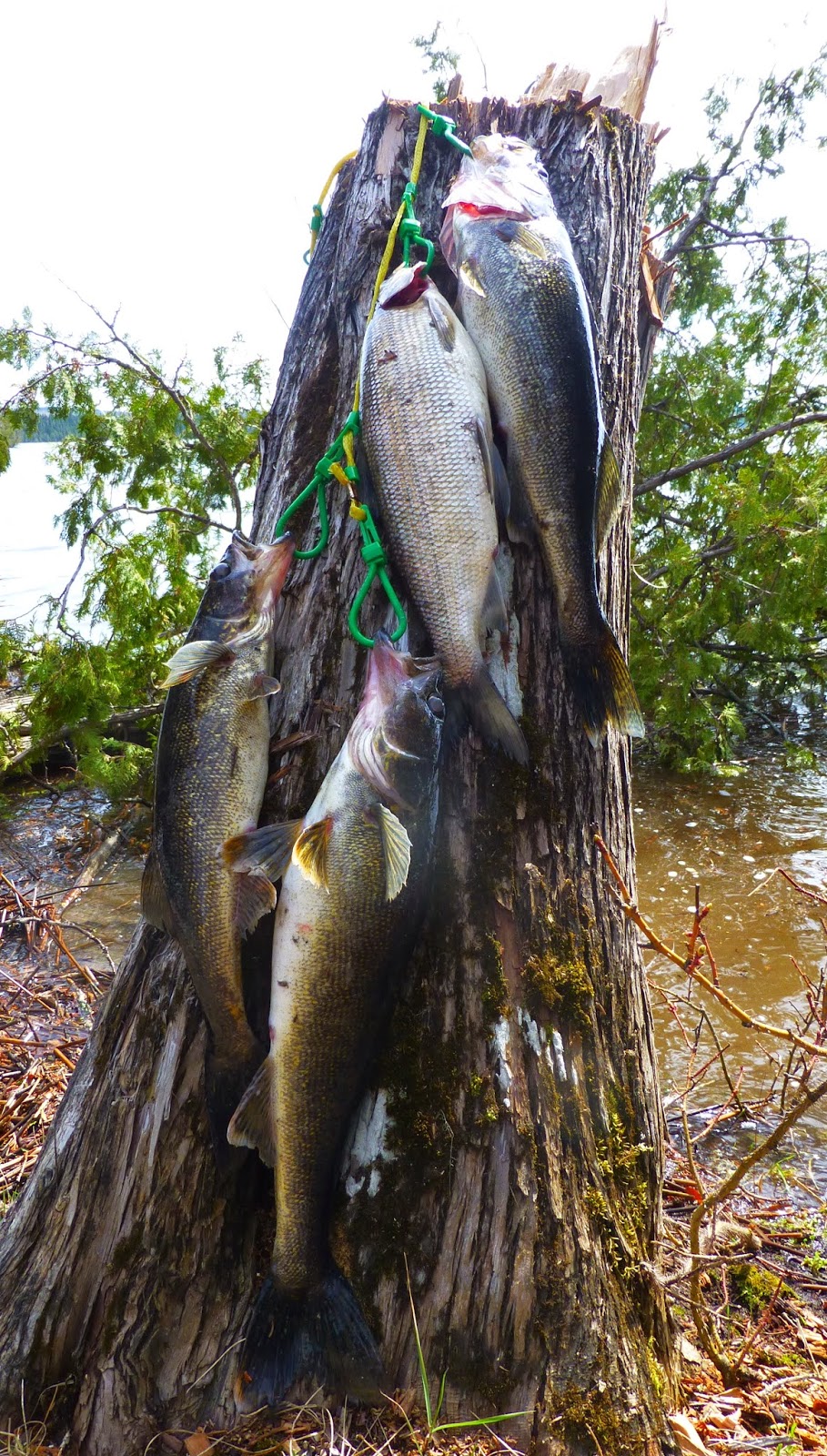 Saturday afternoon Barb and I went to check out a couple of other lakes in the area to see if the roads in were accessible for future fishing adventures. We went to Attogogamma and Fairview, both were accessible and ready for some action! There are 60+ lakes within an hour of us that you can drive to so you never get bored with the same lake day after day. Some lakes are known for their walleyes, some for pike, some for trout, and some for all of the above. Below is a map to give a little perspective. We had our first wolf and bear sightings but both were too quick and we were not able to get the camera on them. Saturday is also change over day where most of the groups leave and the new groups come in. Fishing was pretty good across the board for the week, one group managed to catch a 30” walleye and three 40” pike were boated this week. The brook trout fisherman had a great week as well as they came in with a limit of fish each time they went out.

Sunday Barb and I said goodbye to the West Virginia group. We meet so many nice people each week but we really connected with this group. Although I was only able to get out with them fishing twice, we talked to them every day to hear their fishing stories. I am going to miss the tales of Bob and Jerry, the oldest two in the group. Bob told a tale of how he caught two walleyes on one crank bait on Thursday. He has the picture to prove it, one walleye on the front treble set and one on the back! Jerry has a tale of catching the biggest sucker on the lake which just happened to be Bob. Luckily no one was hurt in that incident but Bob had his hat ripped right off his head! Little Steven, who turned 12 this week, caught the largest walleye and numerous pick while Matt and Brie caught the largest pike at 34” and 36”. Not to be outdone, Merle and big Steve caught their fair share of pike and walleyes as well.

With the weather warming we are able to get out a little more and enjoy the outdoors. The fish should become more active which means we should be eating well next week!

Posted by Jim and Barb's RV Adventure at 6:13 AM