Click pictures to enlarge
Like many teenagers, when I was a young I thought my parents were stupid…. It was not until I was in my early 20’s that I started to really appreciate my parents for all their hard work and everything they did for our family. One of the things that really drove me nuts was when they did not know how old they were. They would usually guess a 2-3 year age gap. I mean really, how could you not know how old you were? I knew exactly how old I was at all times usually down to the ½ year.  At 13 you were finally a teenager, at 15 you got your driver’s permit, 18 you were an adult and of legal drinking age, (in Wisconsin) each birthday marked some milestone and was precious.  What reminded me of this? During a recent conversation I had to ask Barb how old I was! So I started thinking about other significant ages in my life and was only sure when I did the math……“Let’s see, I was born in ‘62….Jessica ’81, Forrest ’87, Barb…..really? I am not that stupid…..you really think I am going to put that in print?
Apparently this affliction is contagious as just last month Barb and I work up bright and early and celebrated our wedding anniversary. About ½ way through the day when I was on the computer I noticed it said it was February 6th so I asked Barb what the date was. “The 7th, our anniversary” she replied. When I showed her the computer for a brief moment we both thought that the computer was wrong!


There is no mistake in the most recent campground we came from however. We spent this past weekend in Yuba State Park about 100 miles south of Salt Lake. We had past the sign for this campground multiple times on our way up and down I-15 and when our son Forrest said that he wanted to meet up with us for the weekend we knew just the place!
The park itself surrounds the Sevier Bridge Reservoir and has 4 different campgrounds. We stayed at the Oasis Campground and our site (#4) sat on top of a ridge overlooking the reservoir. The main attraction to the area is the lake for its fishing and water recreation but the surrounding recreation land has miles and miles of 4 wheeler and jeep trails. 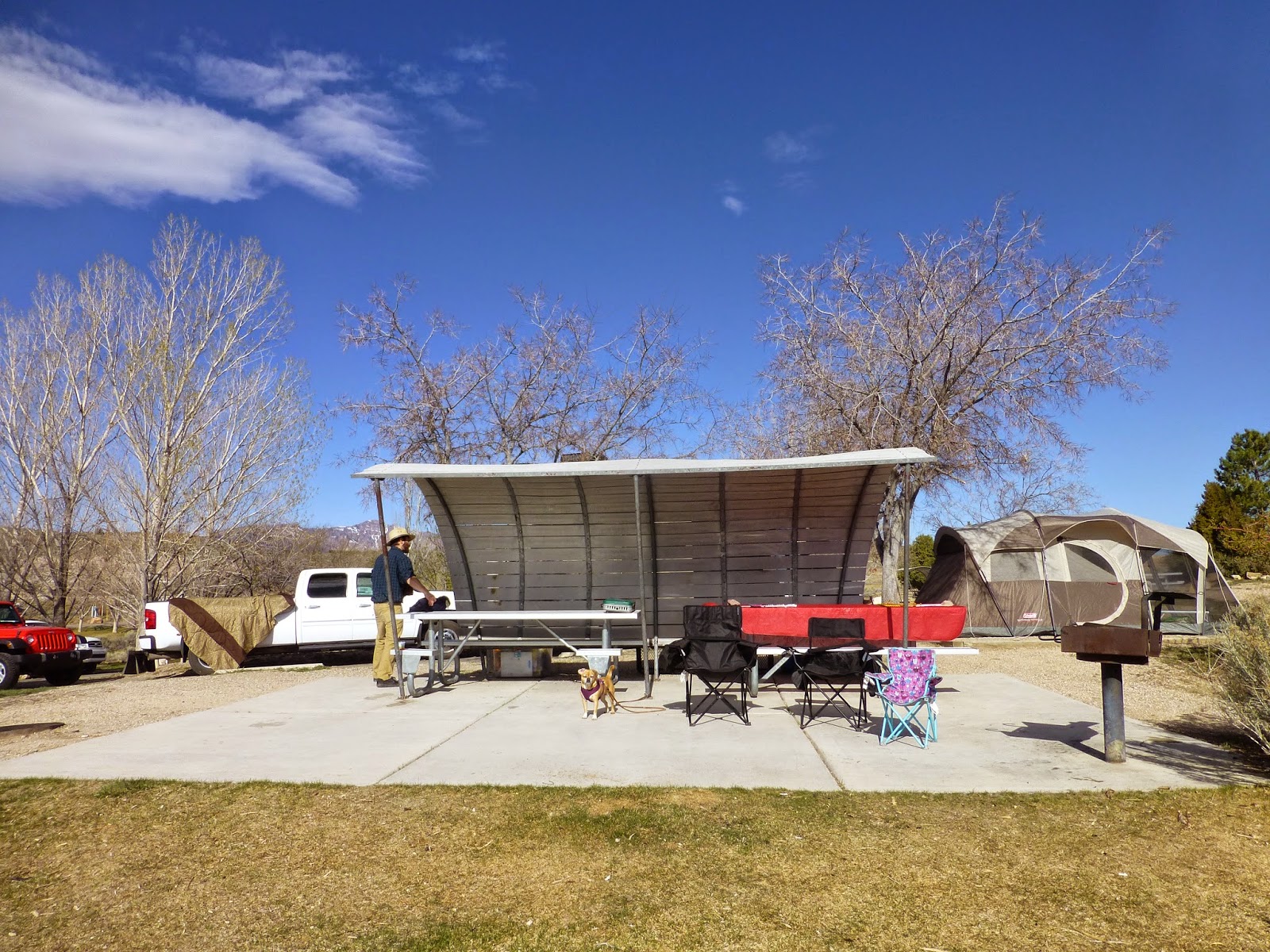 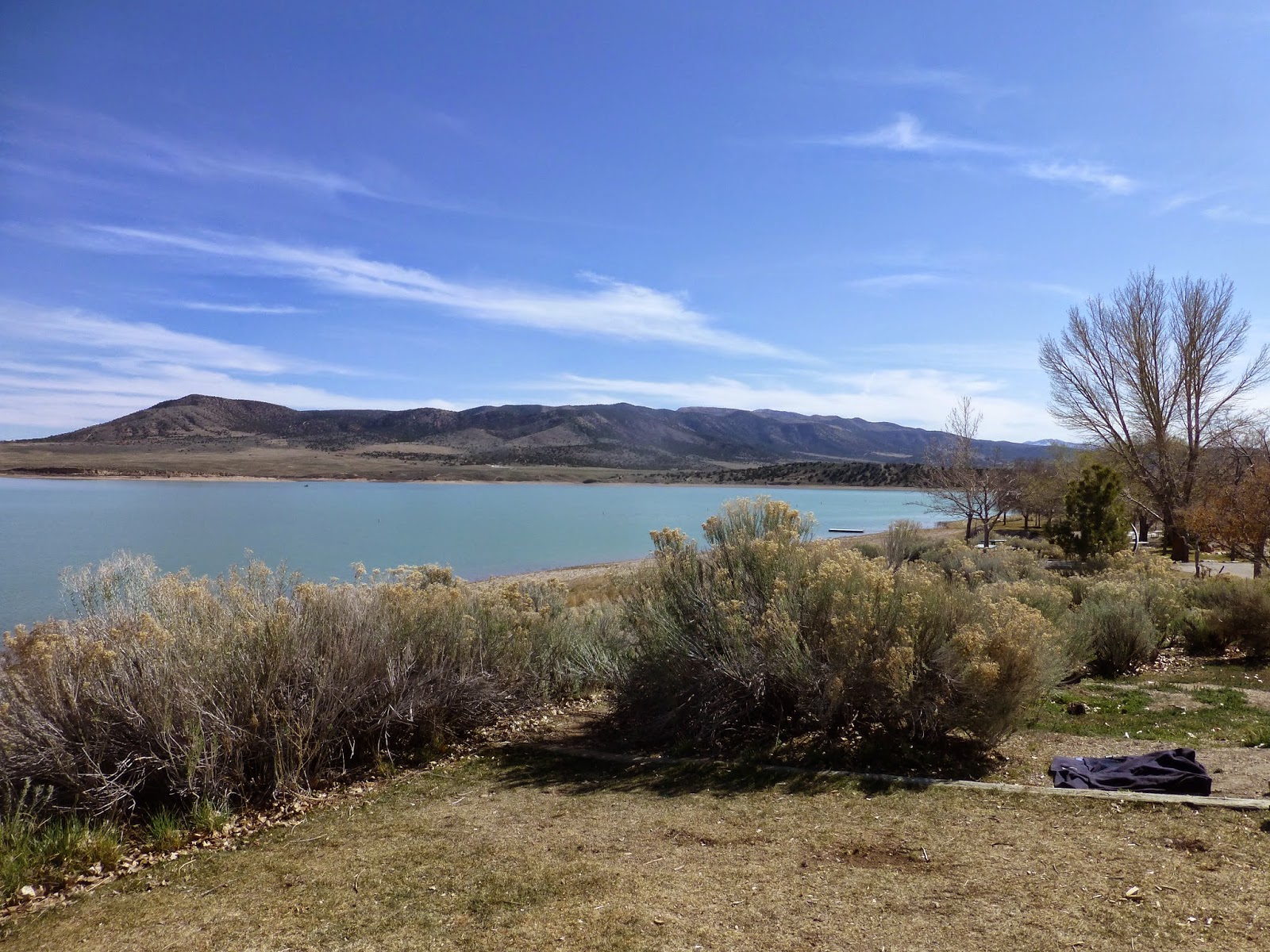 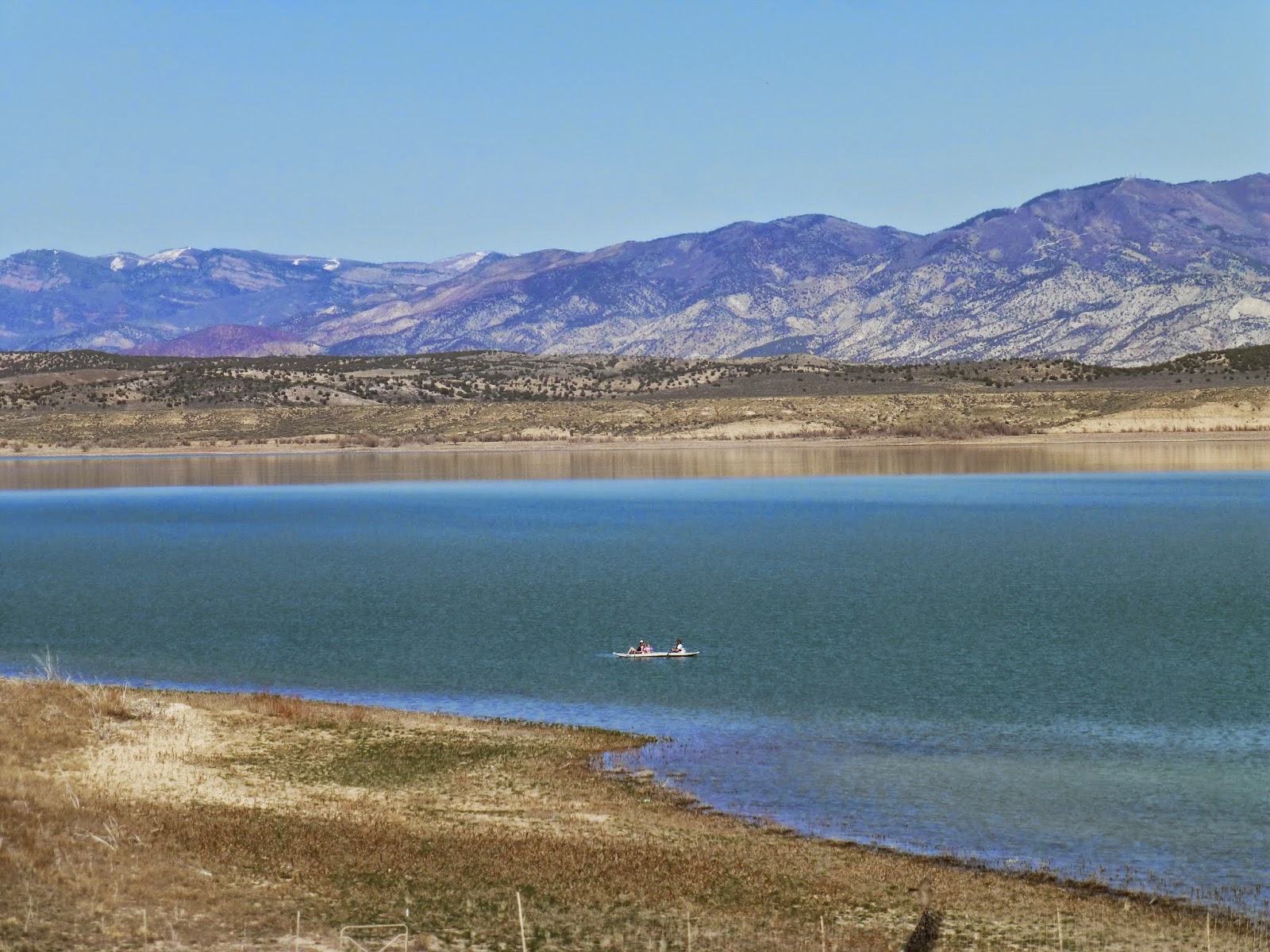 We took advantage of both during our 3 days in this area. The OHV (off highway vehicles) trails start right across from the campground and we took several adventures out in the hills. The trails range from very easy to “there is no way I am going up there!” Driving both the 4 wheeler and jeep we explored much of the area taking advantage of the trails and scenic overlooks. Forrest and Somer had brought their jeep as well so we headed off in different directions much of the time. On one such adventure Barb and I got off the main trails and headed up eventually reaching a valley on top of mountain above snow level.  On our way down we saw some animal tracks in the middle of the dirt road, after getting out to investigate and they were mountain lion tracks! This was a first for us, neither of us have ever seen mountain lion tracks yet. 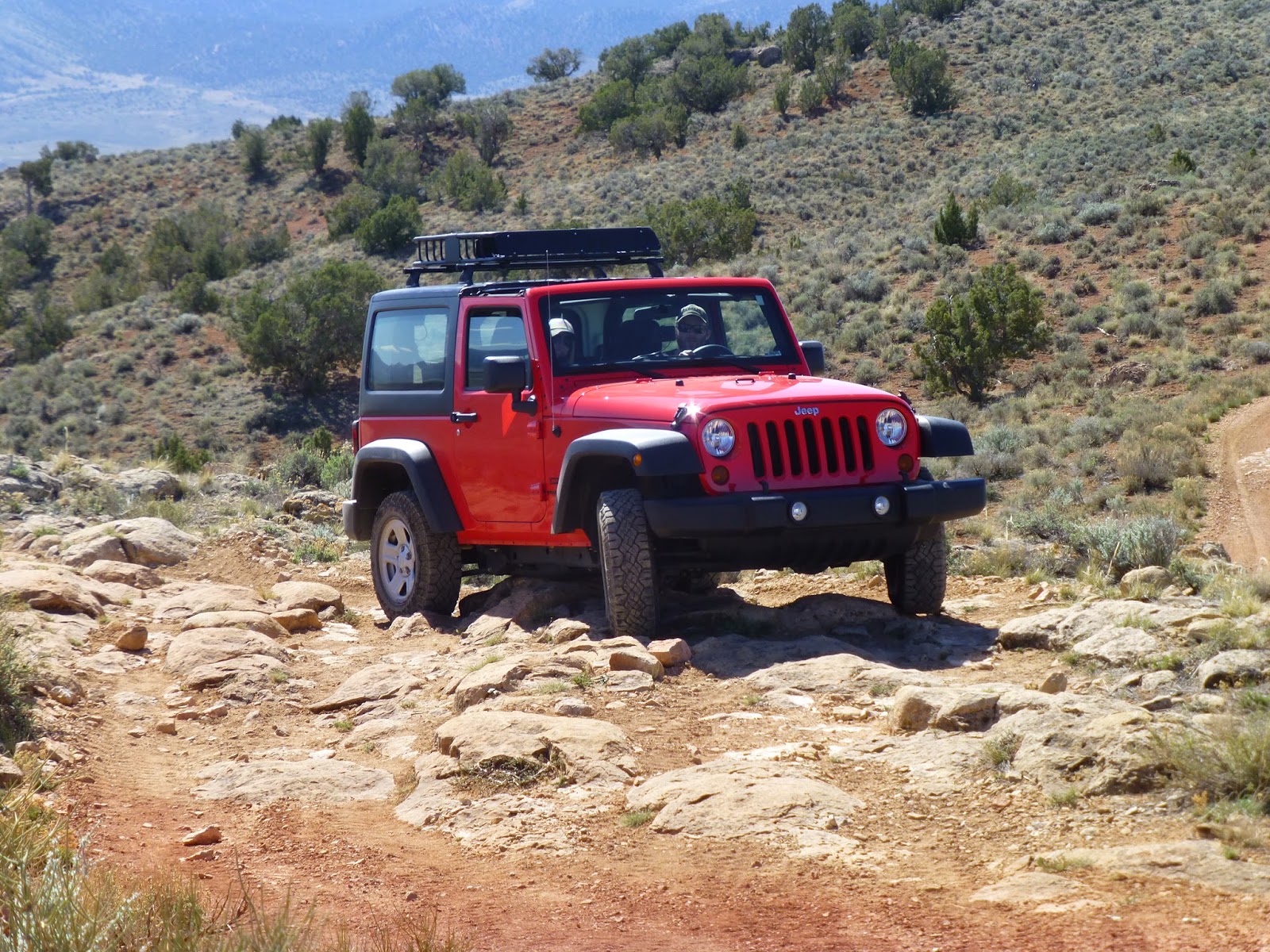 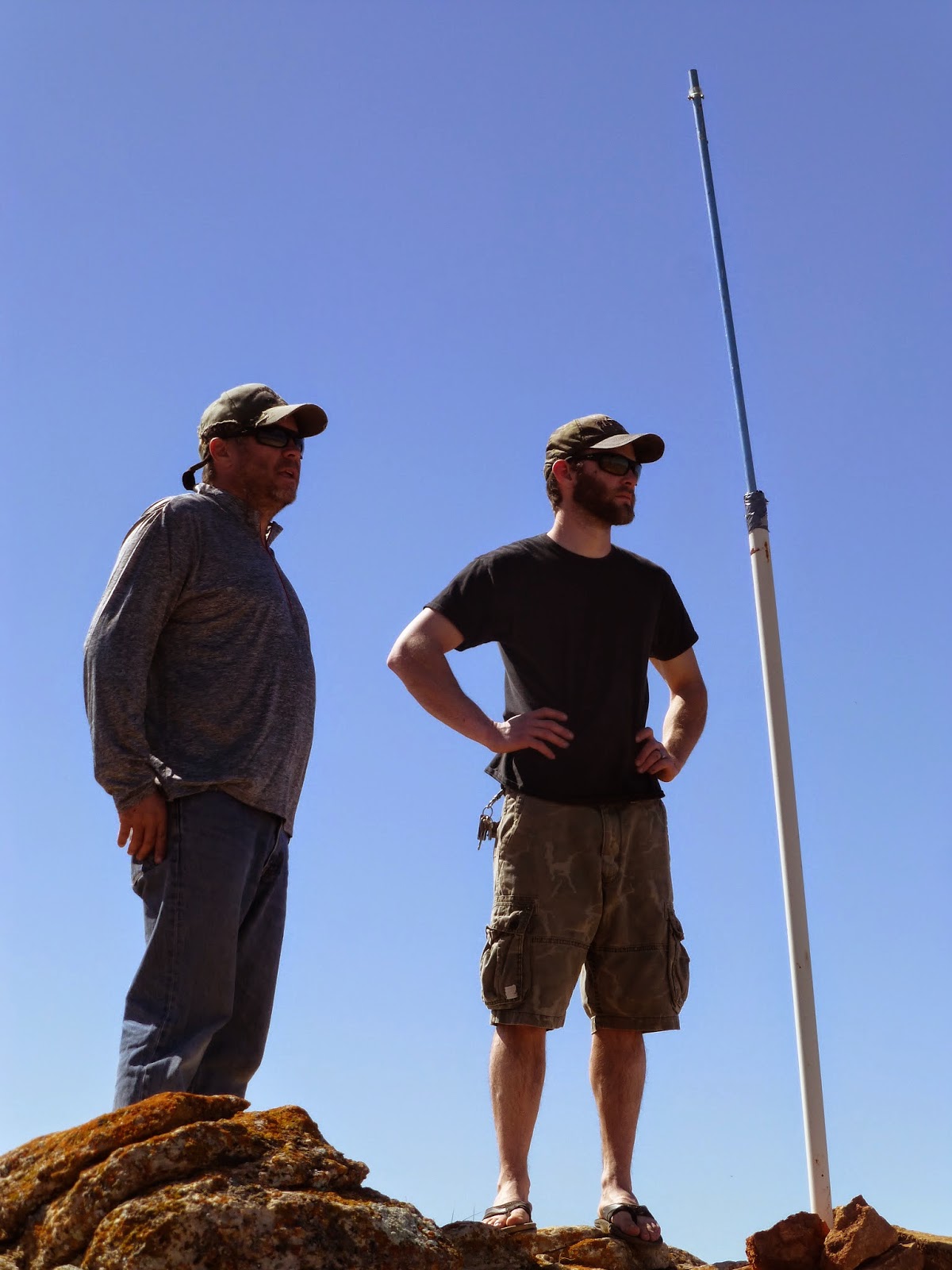 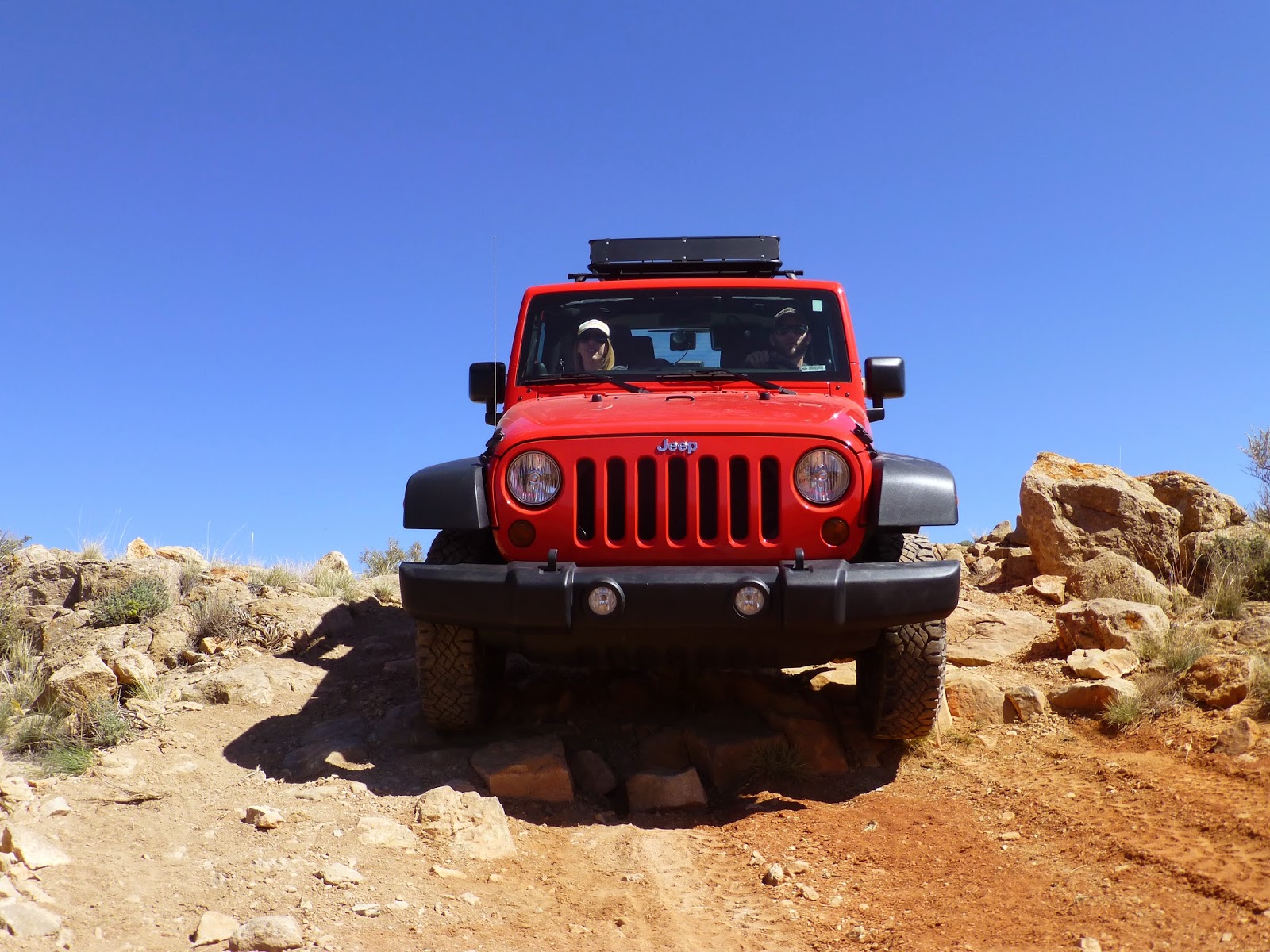 There was plenty of wildlife to see in the area as well; mule deer, huge jackrabbits, snakes and plenty of waterfowl showing off their spring plumage. Forrest did an awesome job photographing the birds! 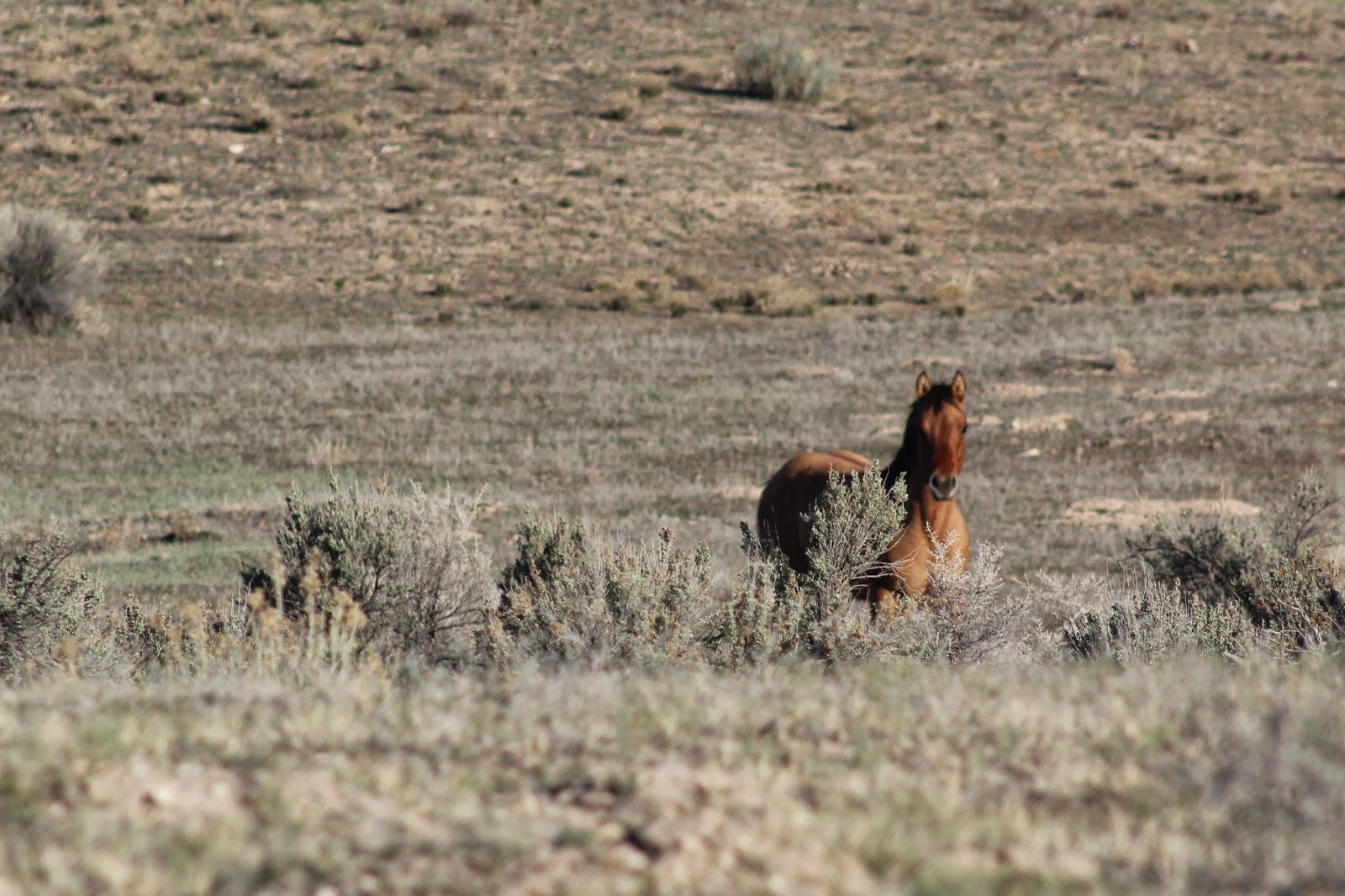 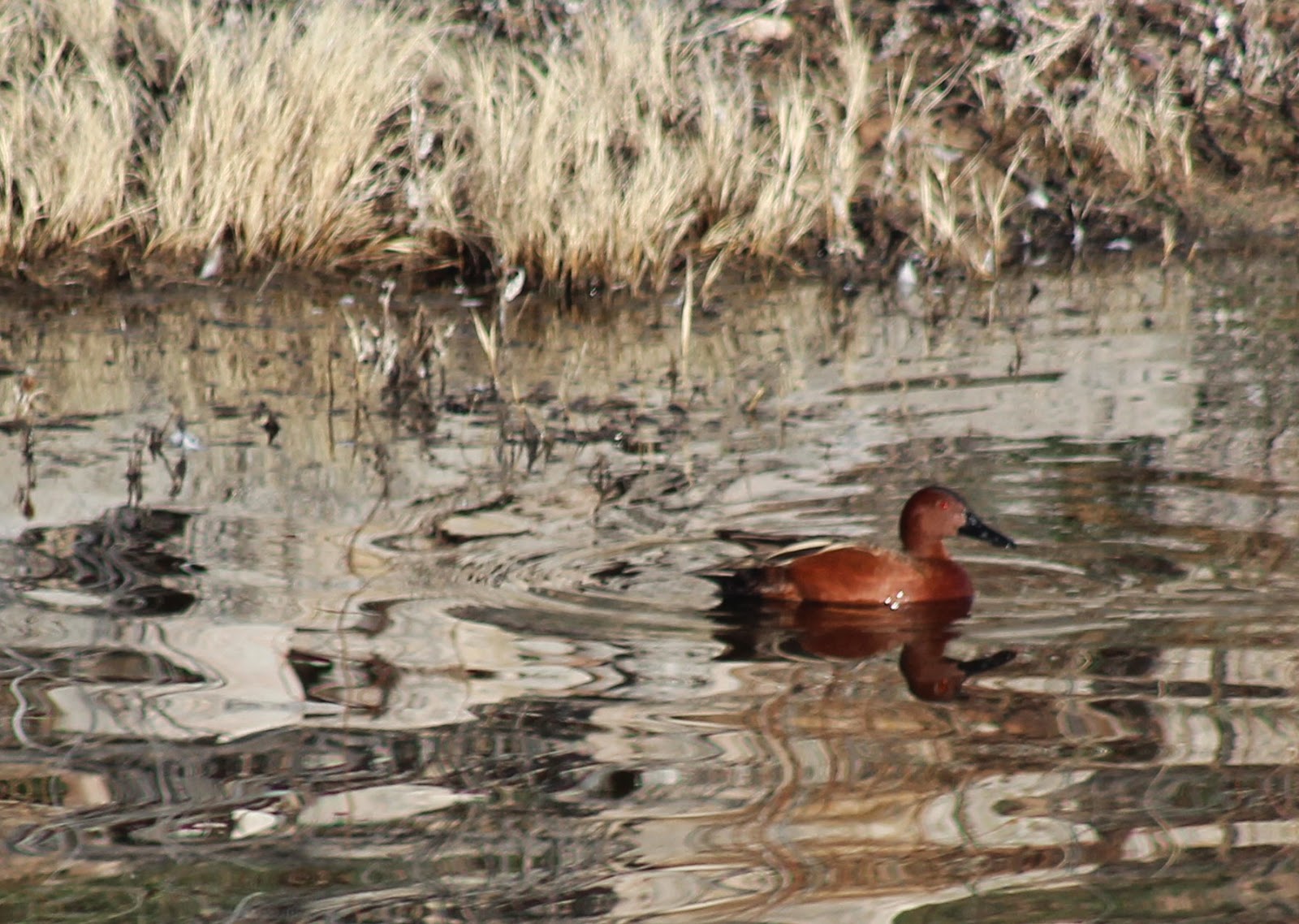 Everyone had fun on the water as well…..Forrest and I went also got out fishing twice landing 3 walleyes for our efforts. As we were packing up a DNR truck pulled up to our campsite to do a fishing survey,  when we told him that we landed three walleyes he said that was the best he had heard and that the other campers were telling him that they had no luck but the guys in site #4 were catching them!

Overall it was an awesome weekend, we had not seen Forrest and his family since leaving last December it was great to see them and catch up.
For anyone looking for a scenic getaway while in the area I would highly recommend Yuba State Park, I have never been to a place where we could ride the trails and fish walleyes all while overlooking snowcapped mountains all within one park. We will definitely be back.


Next up.......headed up to Salt Lake to see Jessica and her family!

Posted by Jim and Barb's RV Adventure at 8:11 PM