Lunch with a View on Wasson Peak!!!!

Wasson Peak was a scenic and diverse hike and making it more memorable and honestly unforgettable was that we completed this hike with John and Pam! In our circle of blogger/hiking friends John and Pam are known for their ultra-hiking skills. We were excited yet apprehensive to tackle this peak with them. We likened it to golfing with Jordan Spieth or playing tennis against one of the Williams sisters. We had no idea how we would fare.
Although we love hiking we don’t consider ourselves anywhere near their ability. I am happy to report they took it easy on us and we had an incredible day!


After meeting them at the King’s Canyon trailhead just past the entrance to the Desert Museum we headed up the trail. The trail itself is listed as a 7.4 mile loop (our GPS’s showed just over 8 miles) with ~2,000’ in elevation gain. The first few miles are fairly smooth a moderate incline, the perfect way to start the hike.

The trail winds its way up hills, around hills and through saddles with constantly changing views. Both John and Pam educated us as with the names of many of the flowers, bushes and cacti. Pam seemed to know the names of about every plant we came across and it soon became apparent that John has a unique skill at naming plants on the spot. (who knew there is no such plant as the Sonoran Pink Buttercup). 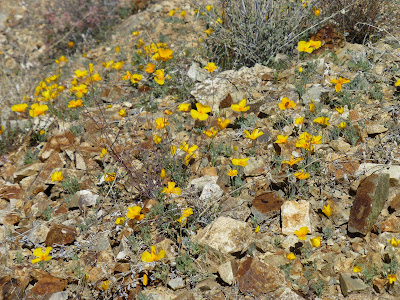 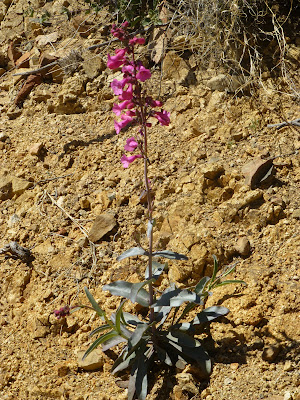 About ½ way to the peak the trail became much rougher and steeper with a series of switchbacks resulting in more photo ops (rest stops) along the way.


We eventually made it to the top where we had a 360° views of the surrounding area. 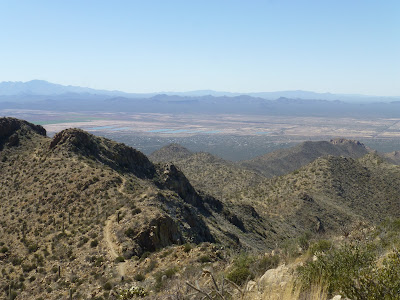 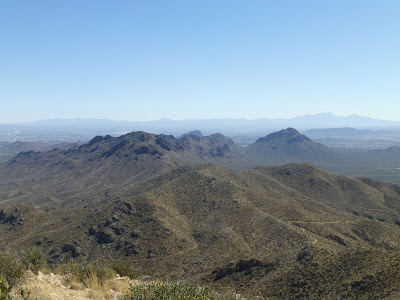 For those of you who know John and Pam, you also know that they are known for their “Lunch with a View” shots. It took us almost 3 years but we finally had our opportunity to take part in this infamous tradition! 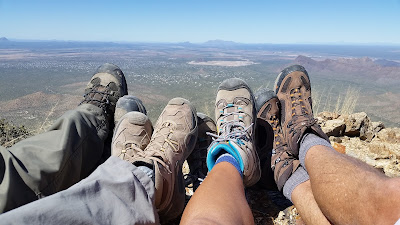 The backside of the loop was a bit longer but equally as beautiful. 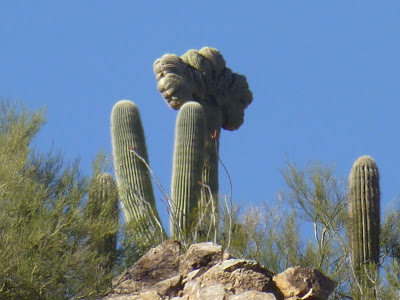 The round trip took us about 5½ - 6 hours but we really took our time stopping to talk, look at plants and take pictures. The temps were in the 60’s and I would not want to do it when it is much warmer than that. We could definitely recommend this hike for anyone who is in the area!
Highlight #2 for the week was our visit to Kartchner Caverns outside of Benson. Barb and I made this trip by ourselves and was our first cave tour of any kind. Discovered in 1974 these caves have a very interesting history which can be read here. Due to the fact that these are “living caves” the state goes to great lengths to protect it including several airlocks as you enter and exit the caves, a strict no photography rule and a mist shower for the visitors as they enter to maintain the moisture levels within the caves. 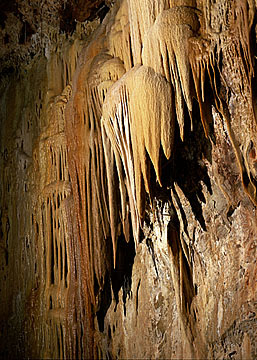 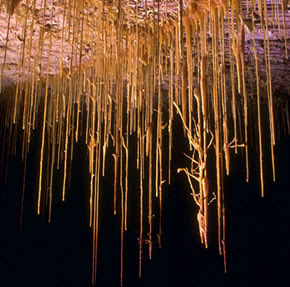 In addition to that excitement we had a farewell happy hour with Greg, Cori, Guy and Susan who are all headed to Cabo for a couple of weeks (some people really have it rough).

But we said hello to Jim and Brenda who have returned to the area for a few days. We headed out to Nimbus Brewery with them. It was good but not as good as the other two that we went to. 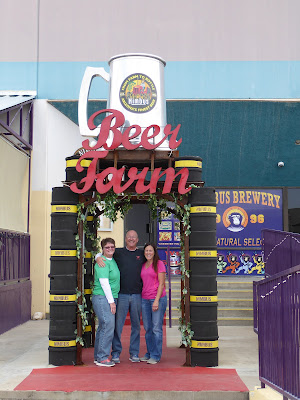 Still no word on our window so it looks like we will be here for at least one more week!

Posted by Jim and Barb's RV Adventure at 4:28 PM