Kayaking Among the Manatees on Silver Springs


Our first stop in Florida was at Santos Trailhead State Park outside of Ocala. The Jordan’s turned us onto this spot while they were researching places to stay and this was one of few areas that had a site with multiple days together so we took advantage of it!


The highlight of this area for us was Silver Springs where we did some kayaking. This was the first test of the repair job I did since the mice got into our Sea Eagle and I am happy to report the patch held and we did not sink!
You can launch right in Silver Springs State Park. The river meanders through some very picturesque landscapes. In fact, this is where they filmed several of the Tarzan movies and many of the movie structures are still there. 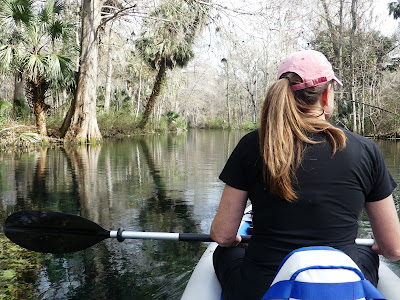 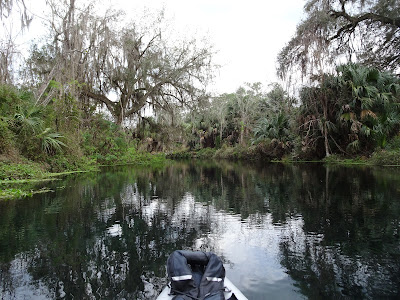 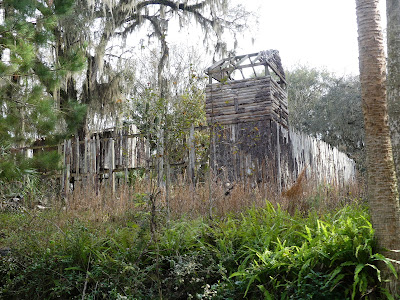 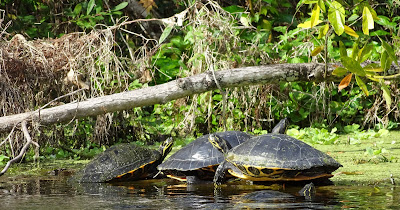 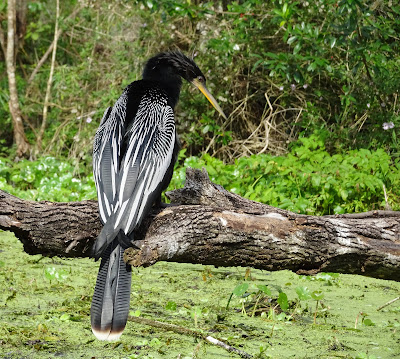 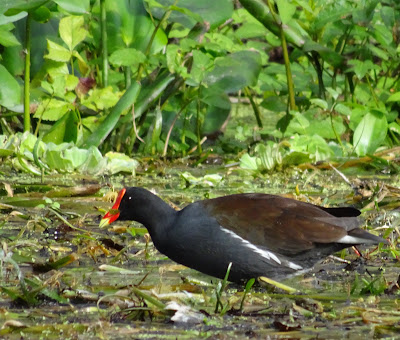 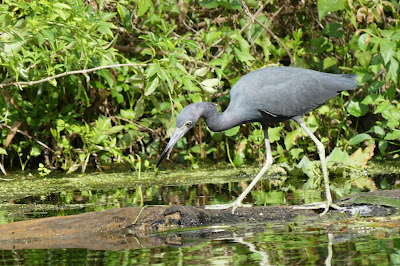 As cool as those were, we were not there to see the structures. We were hoping to get a glimpse of the ever elusive Florida Manatee that are said to reside in the larger Silver River! As we wound our way through Silver Springs we saw quite a bit of wildlife including turtles, various birds and gators. We were hoping that the gators did not know the difference between an inflatable and hard sided kayak! We were told that decedents of the monkeys used during filming are still swinging from the trees but we did not see any. 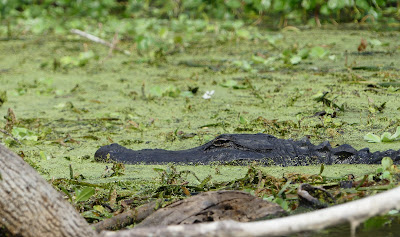 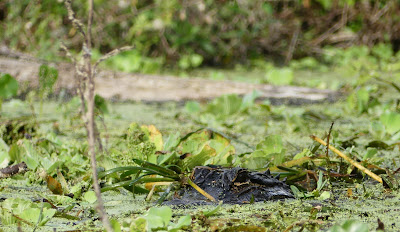 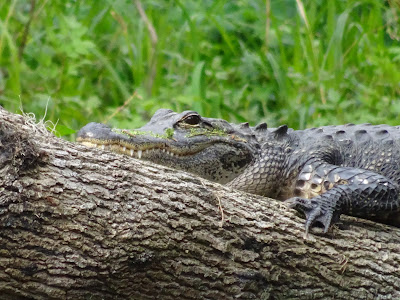 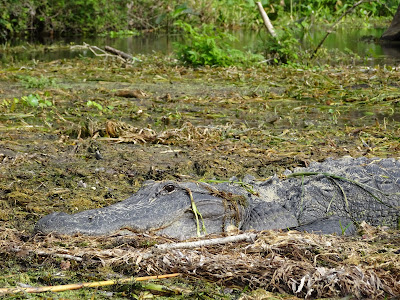 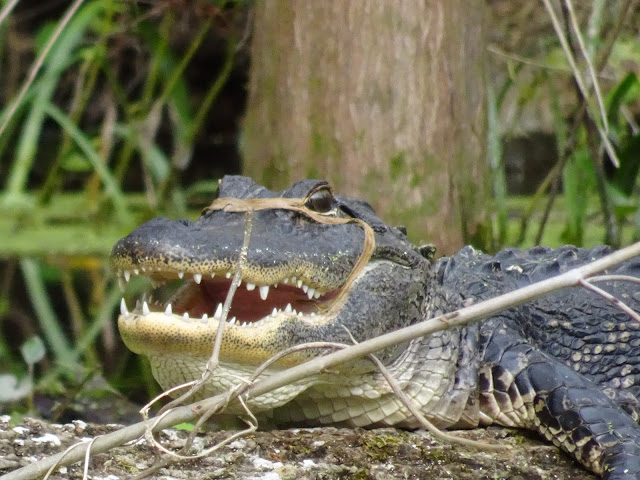 We eventually made our way to the Silver River and were paddling along when Barb saw the hump of a manatee surface in front of her. We quietly made our way over to where we last saw them. They must have been as curious as we were as they surfaced within inches of our kayak! My camera somehow got on B&W for a few pictures...... 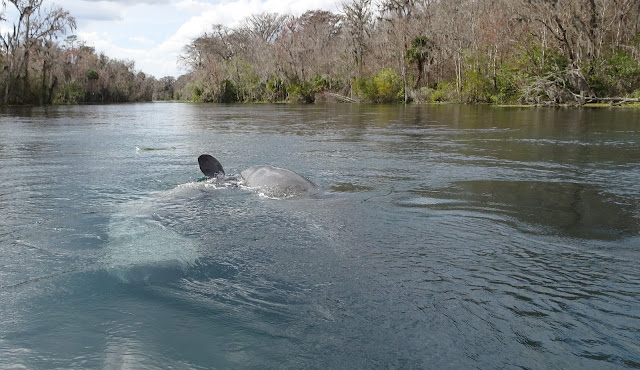 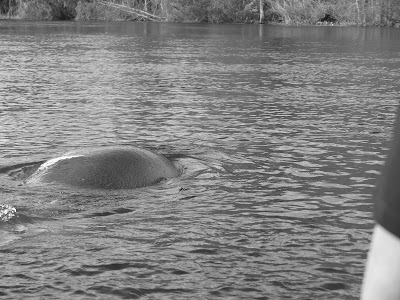 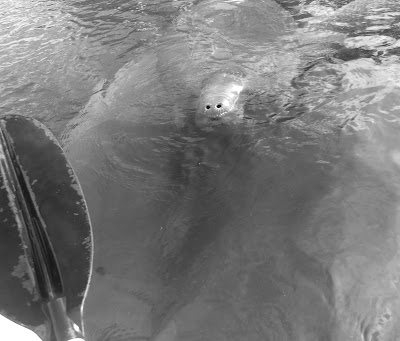 After 3 hours of paddling we went back to our campsite. We spent 3 days in site #20 at Santos Trailhead SP ($22/night W/E) which for us was probably the best site in the park. It was long enough that we were able to fit the entire rig into, it was one of the few sites that we could get satellite reception from and it had a large grassy area across the street for the dogs to run and play.
We would take the dogs over to the grassy area and throw the frisbee and Dakota would go get it, on and on. One time Barb comes back and says "I got the frisbee stuck in a tree and need the broom". The thought crossed my mind to say something smart like "What are you going to do, fly up and get it?" Well, apparently as I was thinking it those words came out of my mouth and I got wacked with said broom!
When she could not reach it with the broom, she actually climbed the tree and eventually got it down.

She eventually got it down and life was good again. After spending 3 nights there it was time to move over to B's Marina and Campground in Yankeetown. It was only an hours drive down a 2 lane country road so we took our time. At one point there was a truck and 5th wheel approaching us from the other way and I commented to Barb that it looked like Jim and Brenda Jordan's rig (our neighbors from South Dakota). Sure enough as we passed they were waving at us. What are the odds of that?!?! Later that day they sent us this picture from their dash cam. 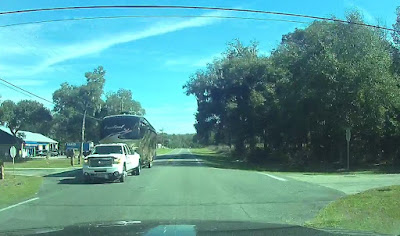 We arrived at B's and found out the site we reserved was not going to be available for a few days so we pulled into one of the other two open spots. Things are pretty tight here and we have to park our truck away from the rig but overall it is a quiet campground. 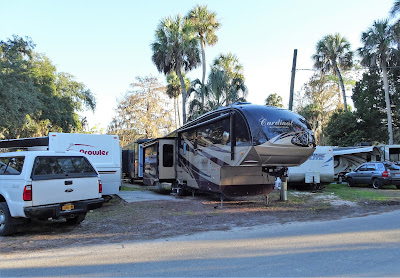 Two days later we moved to our reserved spot.

This will be our home for the next month. Good friends Dan and Jeanie have a house in nearby Dunnellon so we have plans to get together with them often and do some sightseeing and fishing. In addition, we hope to get back over to Ocala and see Jim and Brenda as well as a few other friends who will be in the area in the next few weeks!
Posted by Jim and Barb's RV Adventure at 1:18 PM