From North Dakota to Montana

With a week left of my visit to north central North Dakota I sat in the heated cab of the tractor watching large snowflakes float lazily to the ground and I reflected on the past 5 weeks in North Dakota. With this moisture and the opening of the gun deer season means my field work pretty much done. In addition to the field work and visiting friends I had come for the ducks and bucks.


This area of North Dakota is located in the center of one of the main flyways that the ducks use on their migration to warmer climates. This in turn leads to potholes, sloughs and the skies filled with waterfowl and excellent hunting opportunities. Early in the season you see mainly the “local ducks”; geese, mallards, pintail, gadwalls and teal. As the season progresses you see a transition, the local ducks head south as the weather turns colder and you start to see the “northern duck”. There are still mallards and geese but also scaup, redheads, canvasback and other traditionally northern climate birds. And instead of seeing flocks of 20-50 birds you start seeing flocks of hundreds if not thousands of birds filling the skies in their loosely formed “V” formations. The last of the birds to move through are usually the swans and snow geese, when you see these move through you know the lakes will soon be covered in ice.

﻿
While the mornings were spent hunting ducks, the evenings were reserved for bow hunting the ever elusive whitetail deer. For almost 40 years I have deer hunted the woods of Minnesota and Wisconsin. Back there, we hunted large tracts of forest land using tree stands. Coming out here it was like I was learning to hunt all over again. There are no forests, only farm field after farm field with an occasional wood lot and the ever abundant slough. As fellow FT’er Dino commented on a recent post; “It is so flat there you can watch your dog run away for 3 days." We put up various trail cameras to see what was in the area and although you would get a lot of pictures of deer at night, during the day they were nonexistent. With virtually no cover these deer have adapted to live in the smallest of cover, mainly tall grass and cattail sloughs. I did not keep track of how many hours I spent in the field but there were more days than not that I would not even see a deer. 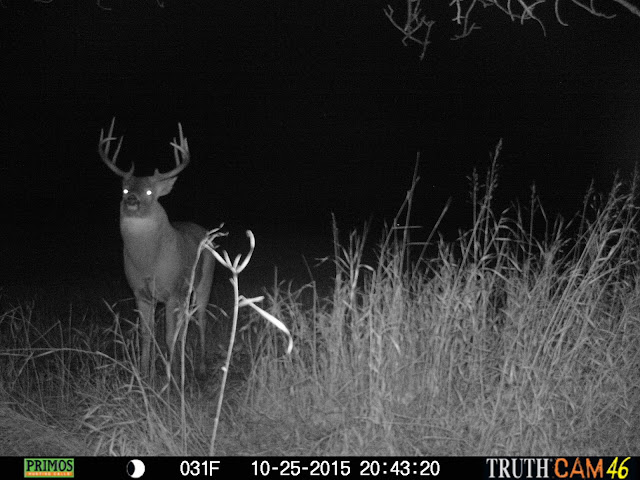 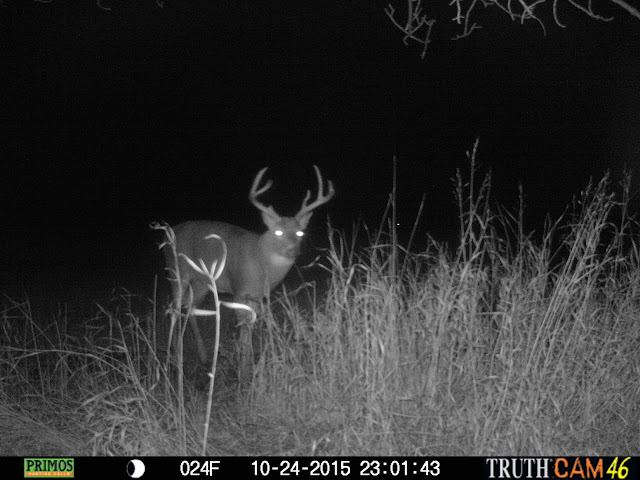 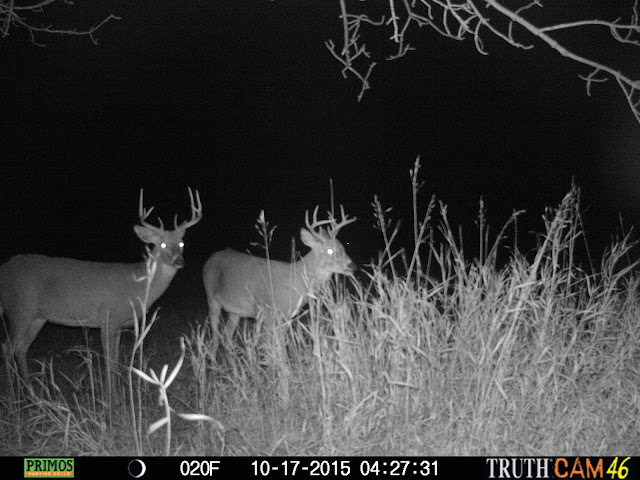 I know hunting is not for everybody, but to me just being out there relaxing, spending time with friends and enjoying the outdoors is more important than harvesting an animal. We had pictures of some really monster bucks in the area so for me it was either go big or go home. I had two chances at really big deer. The first opportunity did not work out but the next day I able to arrow a nice buck on the night before gun season opened! The next day when gun season opened, Bob the owner of the farm got a nice one as well. I actually think it was the same one that I had a chance at a few days earlier.  At the very bottom of this post are pictures of the deer we got so Pam you may not want to scroll down that far.


Time to leave North Dakota........A big thank you to Bob, Deanne, Chris, Holly and Dylan, hope to see you next fall! Traveling 3 hours west to the Sidney Montana area I to met some of my Wisconsin friends for a mule deer hunt.  I arrived on Thursday morning and the plan was to hunt until Monday and head to Salt Lake. There was 8 of us in the group most of which are from the Somerset Wisconsin area.


Talk about a difference in landscape! Where North Dakota was flat and you could see forever, this area of Montana was much more rugged reminding me of the badlands of South Dakota.  Hunting in this area requires a lot of walking. It is nothing to put on 6-8 miles a day. Mainly you walk the hills and ridges looking and glassing in search of the wily mule deer.   Day one netted two deer for the group, one of which was a really nice 4x6 buck. The next day we got a visit from the game warden who checked tags on the harvested deer, everything checked out and he went on his way. That afternoon I hunted an area referred to as the “moonscape area” a very rugged area with lots of cliffs and pinnacles. I stayed up on top and would walk from ridge to ridge and glass the area. After not too long I looked over a ridge and there was a pretty nice buck about 150 yards below me! I was able to make a clean shot and had my deer! I called my friend Doug from top to let him know I had gotten one, he said Dave would be right over with the 4 wheeler to get it out. In the meantime I headed down to see the deer. It was pretty steep and required some butt sliding. These deer sure live in some rugged area! When Dave arrived he looked down the cliff and said there was no way to get the 4 wheeler down and we were definitely not getting up the deer up the ridge. After a few minutes of thinking it over Dave said he thought he knew a way to get down there and headed out of the 4 wheeler. About 30 minutes later I heard the sound of the wheeler coming through the bottoms. He found a drainage about 5 miles down the road and was able to drive right up to the deer!


With the deer safely back at camp I spent the afternoon processing the deer. Once that was done I left the meat to hang and cool off for the night and had a few cocktails with the guys. The next day when I woke up the meat was still hanging there but the head, antlers and more importantly my deer tag was gone! Great, if the warden stopped by now I have a deer hanging there with no tag to make it legal! We figured one of the local dogs or a coyote ran off with it was now making a meal out of it. A few hours later I saw the owner’s wife driving down the road so I stopped her and asked her if she saw a deer head anywhere. She said, “Why yes, it is in my front yard! It freaked me out this morning!” Once recovered I was legal once again.


Although there were a few days left on this trip I decided to pack up and start my way south to Utah, after all by now it has been over 5 weeks since Barb left. I left about 12:00pm for what I thought was going to be a 15 hour trip but with the wind, gas stops and a 1 hour stop to rest the 890 mile trip took me a little over 18 hours. I pulled into the marina a little after 6:00am exhausted. Both Barb and Daisy were excited to see me, one of them licked my face like crazy and while the other was a little more laid back about my arrival. It is good to be back!
Deer pictures below.....

Posted by Jim and Barb's RV Adventure at 1:01 PM