Three weeks into our Alaska Adventure and we spent $2,615 of our $15,000 budget. At this rate we are not going to make it very far! To be fair we have several expenses that we had to prepay. Our biggest expense so far was booking the ferry from Homer to Kodiak Island. We had been putting it off but when Barb called the ferry service the other day they said dates were starting to book up so we forked over the $1,082 round trip fee.  We have also prepaid our Denali National Park campsite as we were told these fill up as well. Our entertainment is a mere $2 despite the $10 I gave a homeless man. This is due to our gambling winnings at our recent casino visit.
So far we have driven 2,077 spending $468 in fuel expense, averaging 12.05 mpg.

Here is the detail of our expenses so far since we left Salt Lake on April 10th. 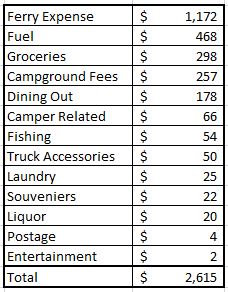 In the past week we worked our way up the Oregon and Washington Coast along Hwy 101. For those of you who unfamiliar with it, the 101 for the most part goes right along the coast with almost constant views of the ocean. It is not a very fast road as there are lots of twist and turns as it follows the coastline.

Leaving Seal Rock we went straight to Barb’s Aunt Joanie and Uncle Rich’s house in Newport. Barb has only seen them a handful of times in the past 40 years and I have never met them at all. Plus we had two sets bonus visitors; Jim and Lori (Barb’s cousin) from Fairbanks were coincidently passing through the area as well! We have not seen them in 8 or so years. Barb spent the afternoon getting caught up with Lori and Joanie, while I visited with Rich and Jim. Rich was a commercial fisherman in Alaska for years while Jim is with the Civil Air Patrol out of Fairbanks and is also a huge history buff. It was interesting hearing their stories and getting to know them better although it was difficult to hear them over the girls in the other room!
The following day Barb's Uncle Butch and Aunt Joan stopped by. Barb had not seen her mom’s brother Butch in over 42 years! The first thing he said when he saw her was “Do you remember what our bet was for last time I saw you?” Barb responded “It was for a 6 pack of beer!” I never did find out what the bet was for as I was too busy wondering why he was betting a then 15 year old girl a 6 pack of beer!
It is interesting how you can reunite with someone after so many years (or in my case just meet them) and hit it off like you just saw them yesterday. That was the case with this group. We had a great time which cumulated with a fantastic lunch at the Chowder Bowl in Newport. If you in the area, you have to stop by for their Fish and Chips as well as their Clam Chowder. We wished we could have stayed longer but we needed to continue north to stay on schedule and make the ferry we had booked on the May 1st. 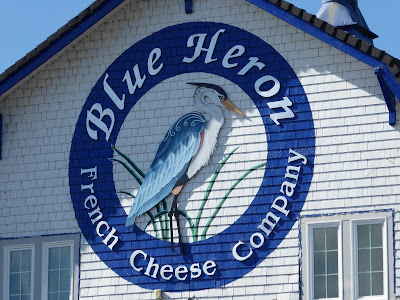 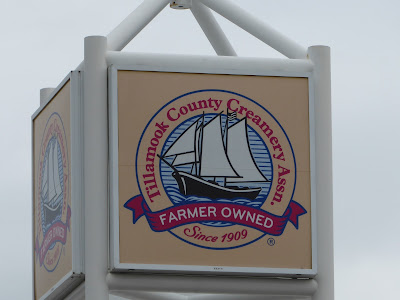 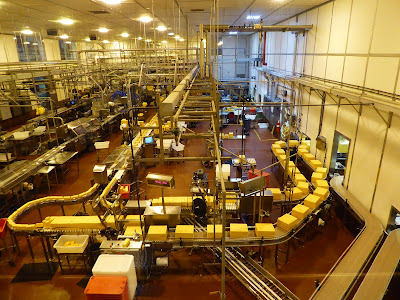 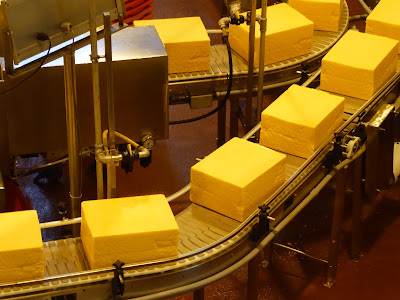 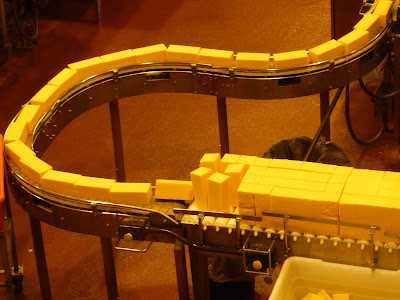 Continuing north we drove 252 miles (too far) to a remote free campsite just outside of the Hoh Rain Forest in the Olympic National Park. We found this site on Free Campsites.net. The first site we were going to was blocked by a berm so we went back on the computer and found another one on State Trust Land just 4 more miles down the road. It was right along the Hoh River which has an incredible blue tint to it due to the glaciers in the area in combination with type of rock sediment deposited into the river. 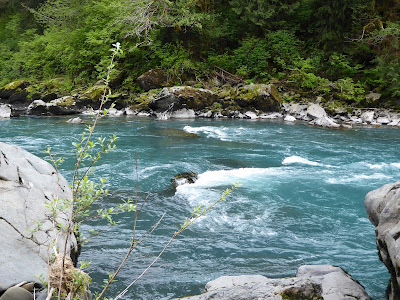 The Olympic NP area offers a variety of terrain from coastal, mountainous, lakes, rivers, rain forests…..The two days we planned for this area were just not enough. the first day we were able to do a 4 mile hike in the Hoh Rain Forest. It was absolutely incredible with the thick forest, heavy moss growth, birds and elk. This area can get over 144" of rain a year....think about that, that is over 12' of rain!
Walking though the forest was very peaceful, just the sounds of the birds in the trees and the sound of the Hoh River in the background. 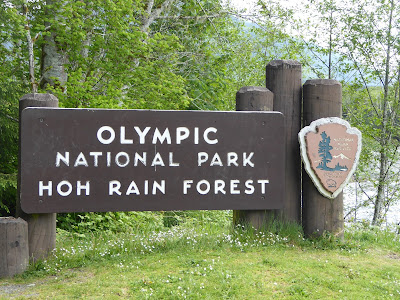 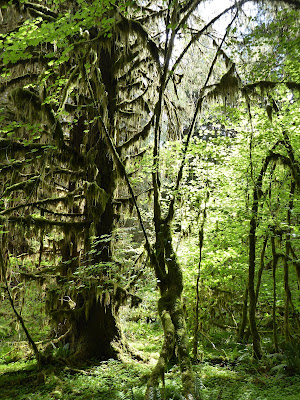 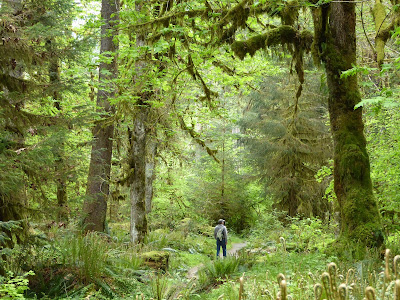 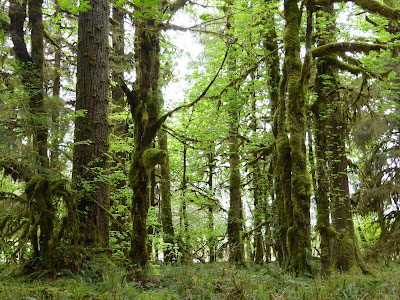 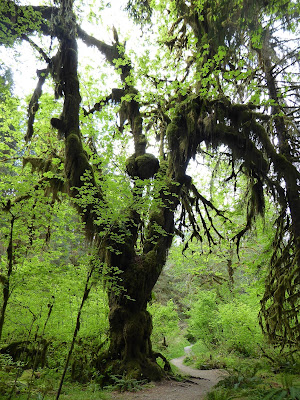 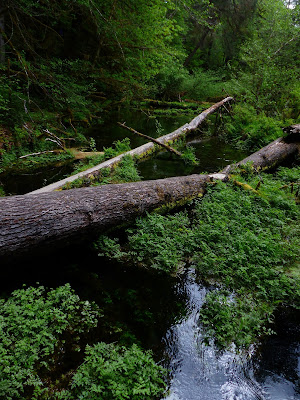 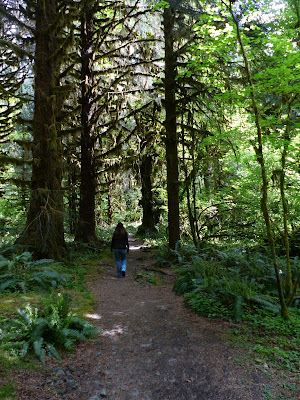 ﻿
The next day we drove to the Hurricane Ridge Visitors Center. We arrived just before 9:00 and there was a line outside the door. As soon as they opened the doors almost everybody lined up in the Backcountry Hiking Permit line. We had no such plans this trip but we did get our Passport stamped then drove the 17 miles up to Hurricane Ridge where the views were incredible. 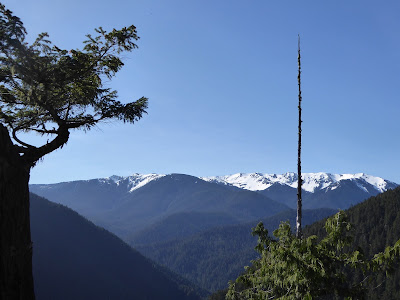 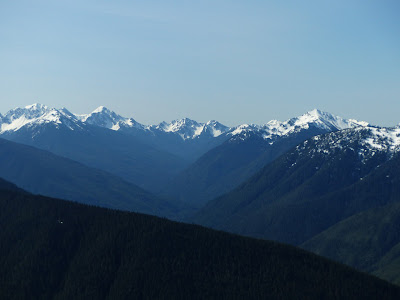 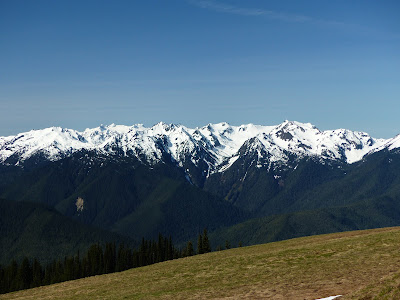 Barb and I have a couple friend (I know it is hard to believe we have friends) in Washington but had no idea where they lived. After a little research, we found out we were going right through their town of Sequim! We usually only see John and Judith once a year during our Wisconsin deer camp but we have not seen them now since the fall of 2013. They have a beautiful home right in the valley with great views. John said elk and blacktail deer are frequent visitors to their yard. Unfortunately Judith was traveling but we had a great afternoon and venison wild mushroom spagetti. 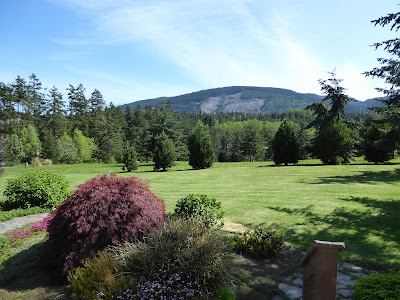 Neither Barb nor I have been to this area before and it quickly made our top 10, maybe top 5! Two days is not even close to enough time to do this area justice. We will definitely be coming back to this area in the next couple of years for an extended stay!
Another whirlwind week of traveling, sightseeing and visiting! Tomorrow the fun continues as we are catching a ferry over to Sidney, BC where we are going to spend several days with our Quartzsite neighbors Steve and Dianne!
Posted by Jim and Barb's RV Adventure at 10:09 AM