One of the weird things about fulltime RV’ing and blogging is that you make friends with likeminded people across the country, many times before you even meet them in person. Such was the case with fellow FT RV’ers and bloggers Al and Ingrid. After skirting each other several times in the past 5 years our paths had yet to cross. Well, that all ended last week when they stopped by for a 4 night visit on their way east towards Wisconsin. 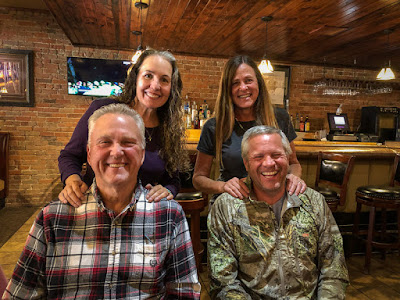 One little known fact about blogging couples is that one usually writes the blog and keeps up on other bloggers by reading and commenting on their posts. In our case that is me. Barb rarely reads blogs and relies on me to keep her up to date on the adventures of our fellow travelers. So hours before Al and Ingrid’s arrival she was quizzing me. “Who are these people and what do they do?” I would answer her questions so she could get an idea of who was about to arrive and set up camp in our driveway. Little did we know miles away Al was asking the same questions to Ingrid. “Who are these people and what do they do?” 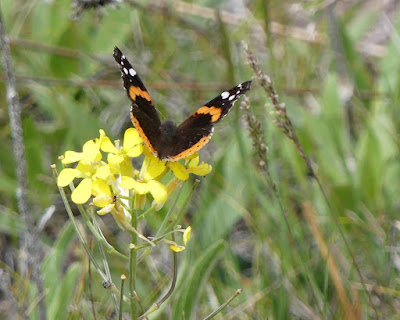 What made it even more confusing is that there were two Jim’s here since the Belisle’s were still on the property. As Ingrid later described it, she referred to me as “Fishing and hunting Jim” and Jim Belisle is “Michigan Jim” 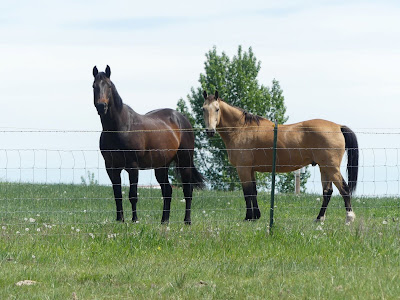 The other unknown when meeting a couple for the first time is whether you will have anything in common. Well no fear there with Al being an avid outdoorsman and Ingrid’s passion for photography. Check out their blog to see some of her great photos. The only downside of their visit was that Barb and I were focused on getting the windows in the house and were not able to spend as much fun time as we would have liked to with them. Ingrid did not let that stop her as she went out exploring Custer and Wind Cave Parks each day while Al and I chatted about all things outdoors while putting in windows.


At the end of each day we relaxed and had happy hour telling tales of past adventures, places to go, things to do and future travel plans. One such tale included Barb’s doctor visit up in Rapid City this week. She was up there getting some tests done when the doctor asked her “Where did you get all these bruises?” Luckily Barb was in a good mood and explained that we were in the middle of building a house instead of blaming me for all her bruises!

Al and I got out on a 4 wheeler and a jeep ride into the National Forest and Ingrid and I got out on one photographic adventure where she shared some of her tricks and tips for taking great photos. In fact most of the photos in this post are from that outing.

Unfortunately, they cut their visit a few days short as there was rain in the forecast and they had seen pictures of our driveway after a soaking rain and wanted nothing to do with that! 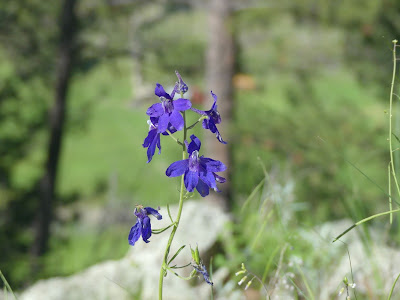 On their last night here friends Phil and Rudee invited us all to see the play Sherwood; The Adventures of Robin Hood at the Black Hills Playhouse. It was something none of us would normally have done but it was a fun and entertaining night.
The next day Al and Ingrid departed heading east towards Wisconsin and Barb and I carried on with the last of the windows in the house. Which I am happy to report…..are all in! Later that day, the rain came and made our driveway a muddy mess, I think Al and Ingrid made the right decision!
With the windows in, we are at a point where we can take a much needed break. 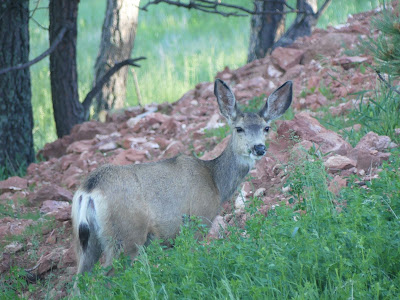 Tomorrow we are packing up the pickup camper and take it on its inaugural trip! We are going to stay in the Black Hills area and check out some of the local campgrounds and explore several of the trout streams we have wanted to fish but never seem to have the time. Stay tuned!