Taking our Bikes for a Walk

In our years of planning before we hit the road we read every blog we could find on this lifestyle. We had no idea what to expect, what it would cost and what we would need? Although in the past three years we have answered many of those questions there are still a few we have yet to get all the answers. Mainly in the "What to expect" category. We have learned to expect the unexpected.....like a window falling out!

We were most proactive in the "What do we need category" buying many of the more expensive items while we were still working. As we look back on it now two of these purchases might not have made the cut if we had to do it all over again. First was our induction plate. Blog after blog stated how much they use their induction plate to do cooking and save propane. I don't think we used ours once in two years before we finally gave it away.

The second items were our bikes. We researched, test rode numerous bikes before we finally found the right bikes for us. And no, they could not be the sub $100 bikes you buy at Walmart, we had to get the best bikes we could afford because we were going to be riding them all the time right? In the past three years I can think of four times we have had them off the bike rack. One time was to get the bike rack welded because it bounced around so much and developed stress cracks and two other times we actually got out on rides but got flat tires both times. Since then we have "thorn shields" installed in our tires AND filled them with Slime.

We learned two things very quickly; 1) You use a totally different muscle group mountain biking versus hiking. 2) Never and I mean never, try to bike a trail called Boulder Trail.....it has a lot of boulders. We ended up walking our bikes for better than 1/2 of the trail and we both decided that we would stick to the hard pack gravel or asphalt in the future. 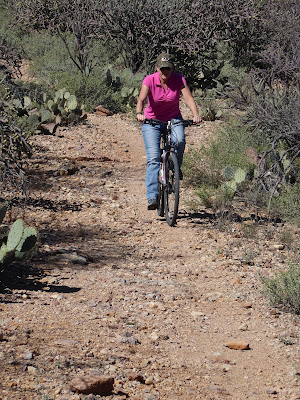 The big event this week in Tucson was the fact that the rodeo in town. Rather than going to the main rodeo performance we opted for watching slack. Many rodeos have more contestants than they can show in the main performance so they run what is called slack where competitors perform without all the hoopla and the crowds.

We prefer slack for a couple of reasons. One is that there is no one else there so you can sit pretty much wherever you want. Parking is free and getting in the gate is only $5. Over the course of 4 hours we watched barrel racing, tie-down calf roping, team roping and steer wrestling.


As many of you know, Barb used to run barrels competitively for a number of years so getting to see some of the top NFR participants run was the highlight for her. 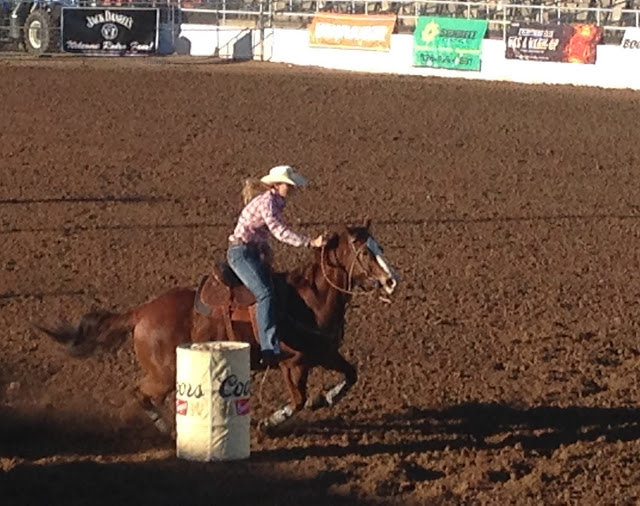 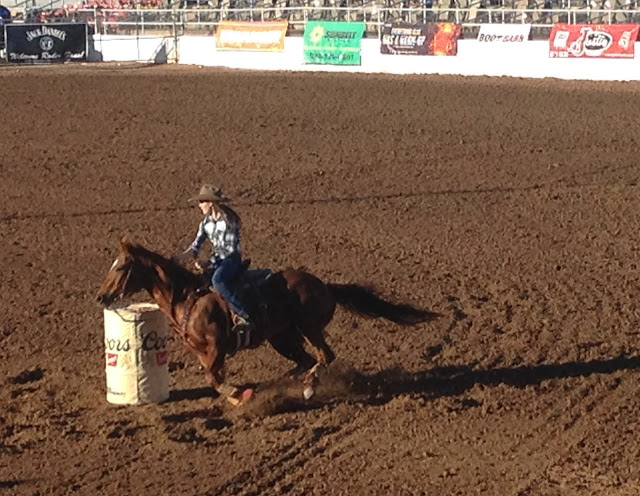 Speaking of highlights, you can see a couple of Barb’s runs from a few years ago in these short videos below (each are less than a minute long).


Giving up her horse Scout was the hardest thing she had to do when we started full-timing. Although he is now 17, Scout is still out there burning up barrels. 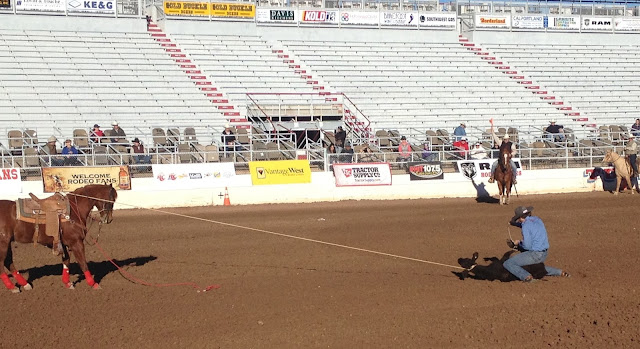 Back when we had a bunch of horses and cattle we used to rope and wrestle them on occasion but never competitively. I once got the hankering to wrestle and a friend of mine who did it said the easiest way to find out what it was like was to ride on the running board of a truck going 25 miles per hour and tackle the first mailbox you see. After that description I decided to just stick to riding and gave up on the wrestling. 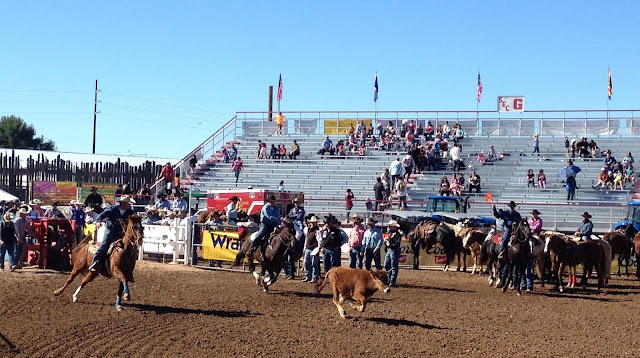 A couple days later they had the rodeo parade which Barb, Forrest, Lily and I attended. We got there about an hour early so we could get a front row seat. Parades sure have changed over the years. They had “parade marshalls” lining the street to make sure you did not step off the curb and there was no candy throwing at all.
Lots of sponsored floats and marching bands. After a couple hours you could see the effects of the parade and rising temperatures taking its toll on some of the marchers. 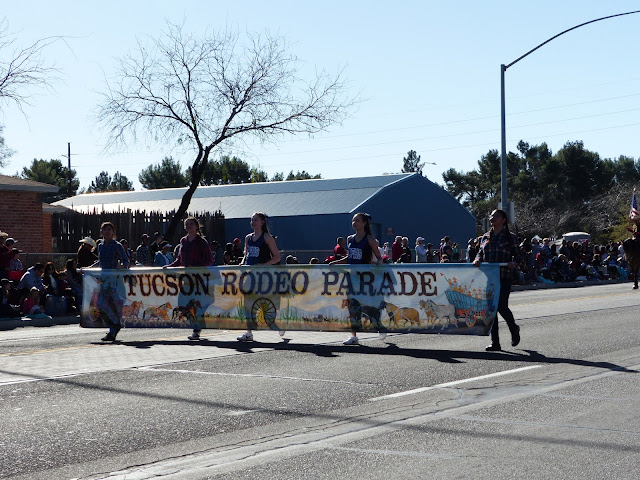 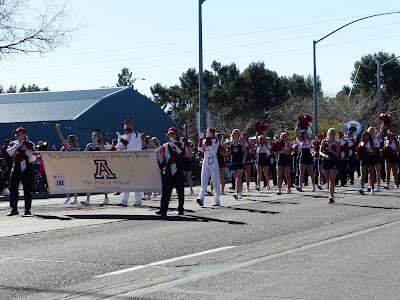 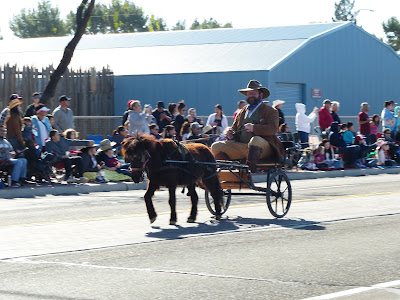 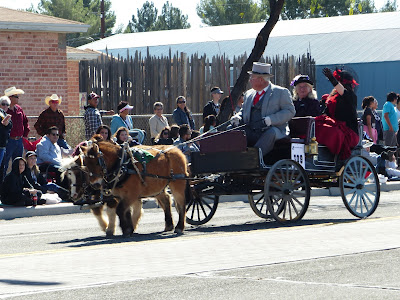 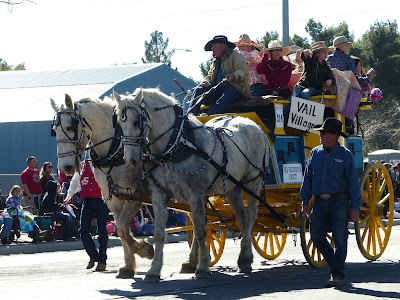 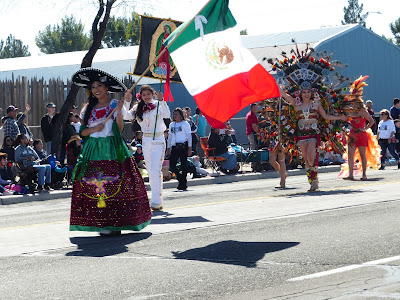 With only a week left here in Tucson (if our window arrives) we still have lots of things on our "to do" list, it is going to be a busy week!!!!!

Well, she did it again! You think she would know better, you think we would learn! But no, we are both boneheads when it comes to the TV remote.

For the second time we were rewarded by leaving Dakota unattended with a chewed up TV remote! This time I was just outside working on the Jeep while Barb ran to the store, I mean it was just a matter of minutes!
There is a bright side.... at least this time we did not have to run to Best Buy and spend $50. This time since we are stationary we found some on eBay for $8....actually two for $8 which means now that we will have an extra, we will never need it!
In our last blog I talked about how we had only gotten out on one mini hike here in Tucson. Well I am happy to report that we got out not only once, not only twice but three times! One of which was one of the toughest hikes we have ever been on!
Our first hike was the somewhat relaxed 3 mile Camero trail loop. This dog friendly hike winds through the Robles Trail System. 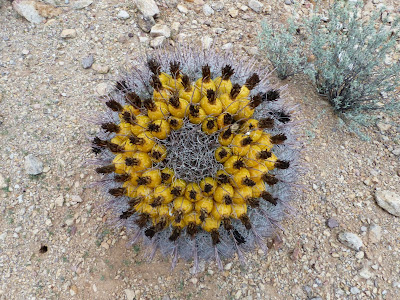 There are a couple of other trails in this park that we want to tackle in the coming weeks as well.

But our major feat for the week was conquering the infamous Picacho Peak! This trail has been on our bucket list for a couple of years when we first heard about it in John and Pam's blog. We are attracted to challenging hikes and this one certainly fit the bill!

With a total elevation gain of 1,880 feet  it is touted as one of the most challenging hikes in the area. It is not for the faint of heart, or for anyone with preexisting ankle or knee issues. I say preexisting because by the time you are done you will probably have one or both of those ailments by the time you get back to your car. 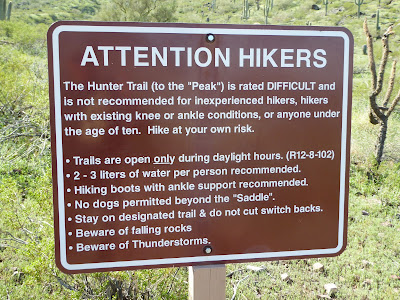 There are two trails to the peak, the Hunter Trail and the Sunset Trail. We chose the Hunter Trail. Although it is only 2 miles each way it is 2 miles of intense climbing. From the parking lot you hike a series of switch backs gaining just under 1,000 feet in elevation to the saddle.


Once you get to the saddle you are greeted with three things; an incredible view, a bench for a rest and a descent of almost 300' feet. Wait, we climbed all the way up here just to descend then go up again? 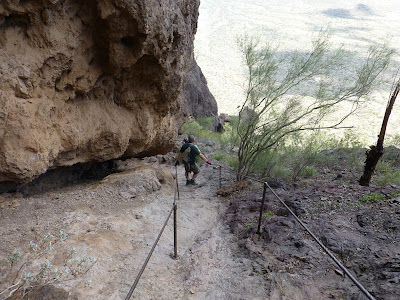 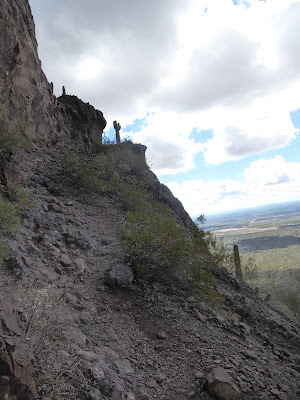 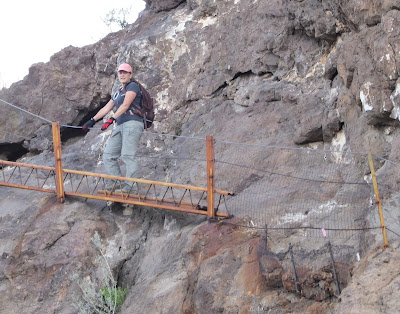 After an hour and a half we found ourselves at the top! The views were incredible. You know you are high when you are looking down on the vultures and falcons soaring the cliffs below you. 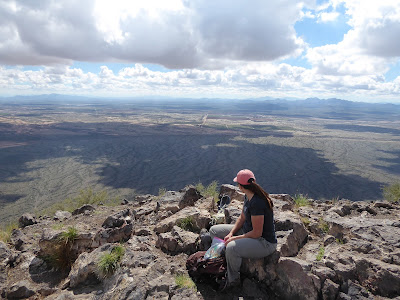 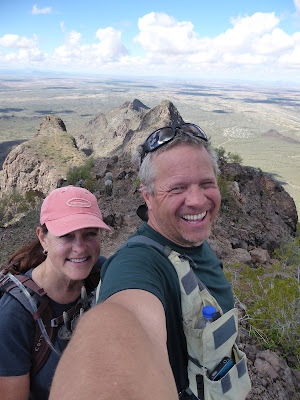 After a short break we headed back down. 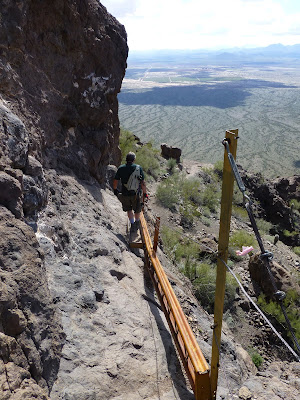 That is until you get to that 300' section we descended on our way in. Now we had to head up that stretch! For us this was the hardest section of the entire hike. You are hot, tired and this section is very steep almost straight up in a couple of spots. 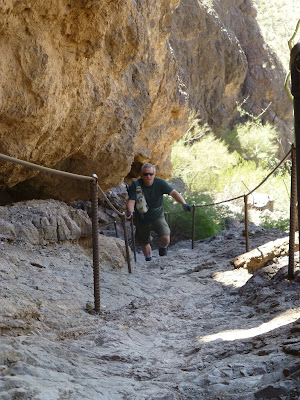 An hour and 15 minutes later we found ourselves back at the truck sore and exhausted. All in all it was a great hike!

A couple of words of advice.... wear comfortable and good hiking boots. You will need the grip as there are many spots with loose gravel or slick rocks. Bring plenty of water, it was in the low 60's when we hiked, I would not want to do it much hotter. Gloves and hiking sticks are a definite bonus. Although we saw hikers without both of these items the gloves helped on the cables as well as gripping rocks climbing and the hiking sticks were beneficial when hiking the non-cable areas.

Our most entertaining moment of the week came in the form of “Retro Game Show” night at the Hotel Congress. This was Greg’s third time to this show and he invited us along with Guy and Susan and his friend George. The show was hosted by Tempest a giant transvestite and three “celebrities”; Dame Judith Stank, The Masked Menace and Ms. Eva Singleton. They then selected contestants from the audience for a 3 round game of Match Game or as they called it Mismatch Game. During the game Tempest absolutely ridiculed the contestants based on their gender, nationality, home state, you name it. It was probably the most politically incorrect show we have ever been to and laughed throughout the entire store. At one point, Tempest looked out in the audience and keyed two “gorgeous” men in the 4th row. It soon became evident that she was talking to Greg and I who were sitting next to each other! She asked if we were together and as thoroughly disappointed when she found that we were not together but were indeed married! 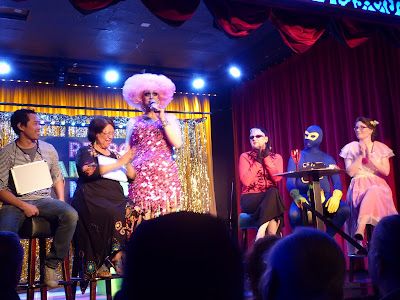 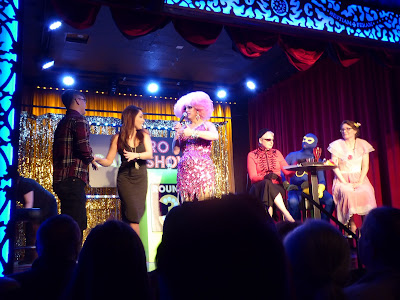 Our most disgusting moments of the week occurred when we toured the Children's Museum in Tucson. Being somewhat of a germaphobe I could not help but think about all the bacteria floating around this place as we walked from room to room. Certainly some of the exhibits did not help the grossness factor! 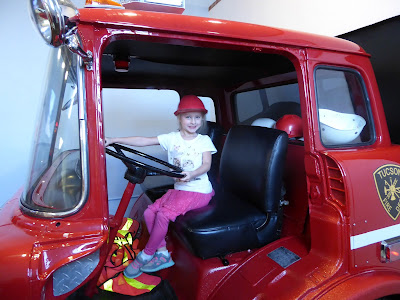 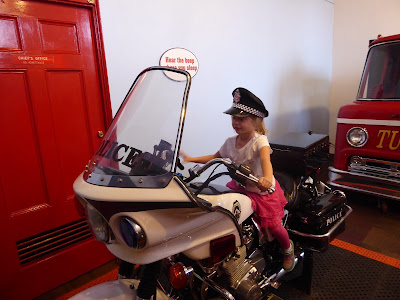 One of the exhibits was a slowmotion camera set up where you jumped as high as you can while the camera captured you. Lily and I challenged Forrest to a jump off....... Forrest claims his boots were weighing him down.


In other news we managed to use 1/3rd  of our total gig allowance in one day! How is it possible to use 6 gigs in one day? As far as we know we were not even doing anything significant when a text comes across our phone stating that we only have 10% of our data left in our billing cycle. Less than 2 gigs and over 10 days left? Yikes! Luckily Forrest and Somer have an unlimited plan and allowed us to steal their wifi to get us through.