Before I get into the next leg of our adventure, I forgot a few things on my last post. First is our introduction to Pikachu! This little creature was one of our son Forrest’s favorite stuffed animals growing up. While we were going through boxes and totes last year downsizing we ran across Pikachu and now some 20 years later we have decided that he would be our mascot. 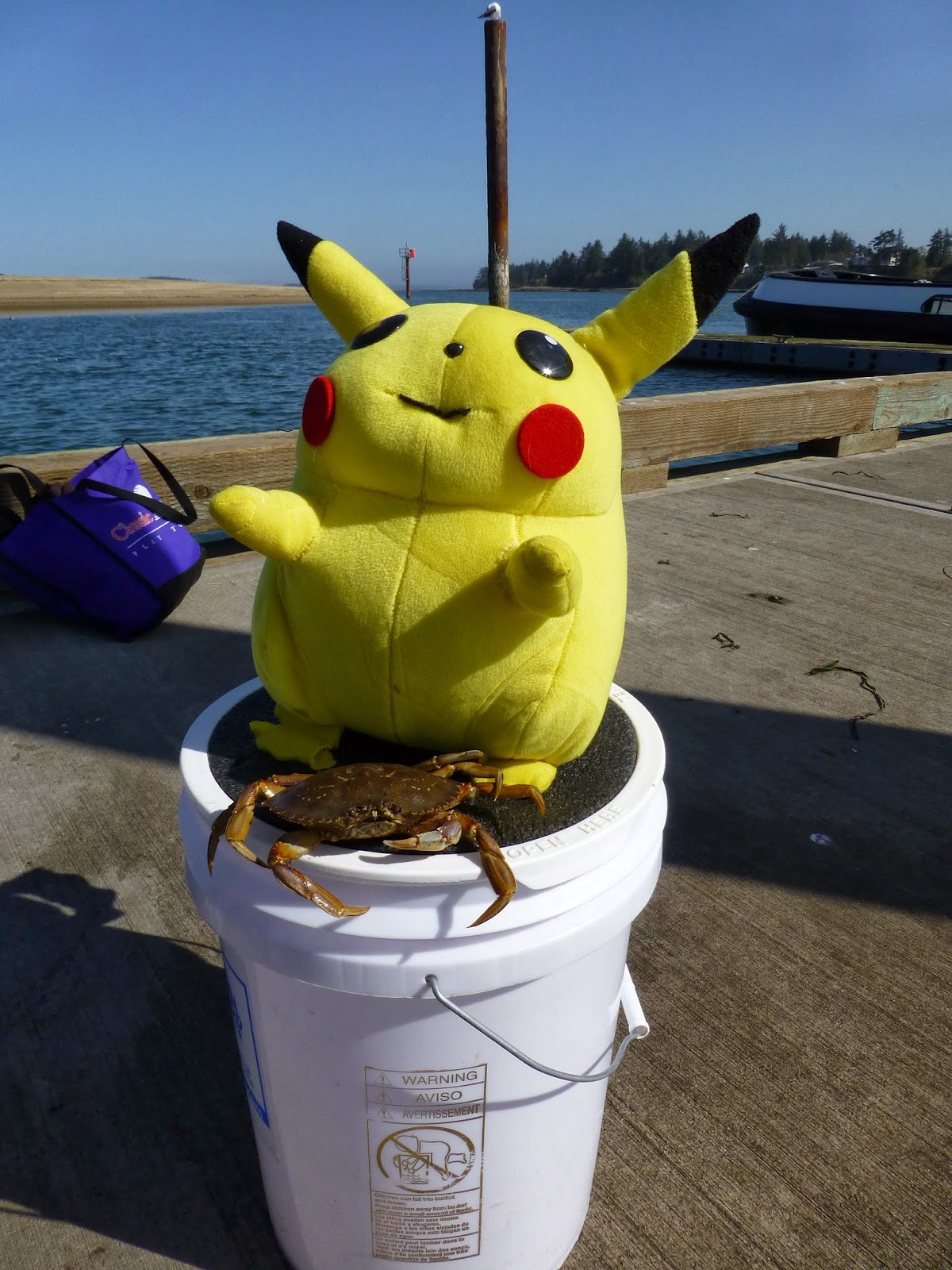 Pikachu’s maiden adventure was crabbing in Coos Bay Oregon. Speaking of Antelope Island, we arrived at this location on Wednesday March 26th. This will be our home for the next 9 days. It will be nice to be parked in one location for that period of time and just relax. And……we made it in time, Jessica has not had her baby yet!

The second thing I forgot in our last post was our first selfie! If you were to ask us a month ago how many selfies we had ever done, we would have laughed and said “none, we don’t do selfies!” Now, a few weeks later we have posted these two on the internet!


Antelope Island is just that, an island just north of Salt Lake City on Salt Lake itself. There is a causeway of several miles that takes you out to the island itself with lots of wildlife. So far we have seen; antelope (who would'a thunk?!), buffalo, mule deer, coyotes, rabbits and an assortment of birds. The island itself is huge with several peaks of 6,000+ feet. Barb and I climbed one on Thursday. You can't really tell how high we were in the picture but if you look close you can see our trailer to over Barb's left shoulder. 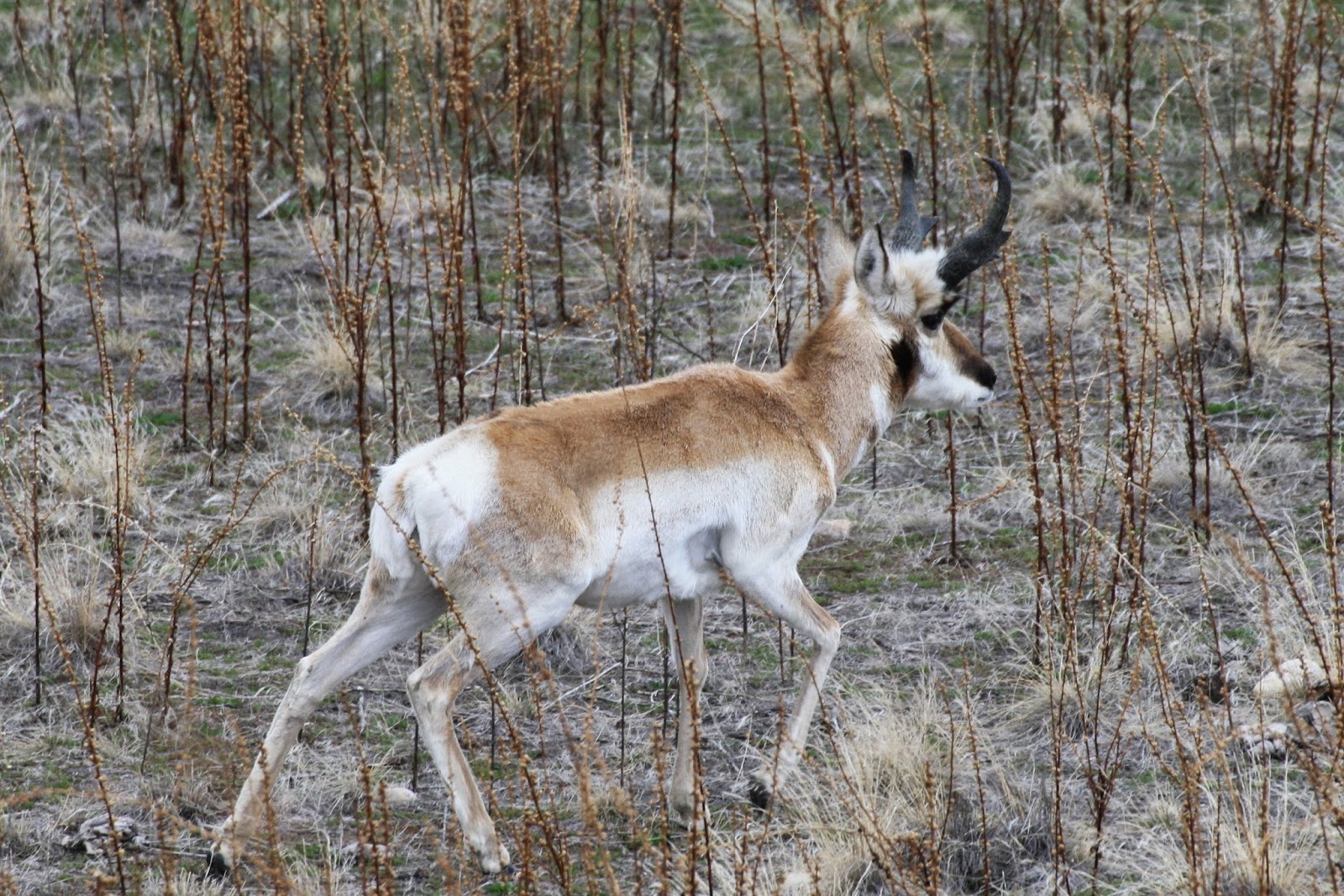 Chuckers and Magpies are everywhere. 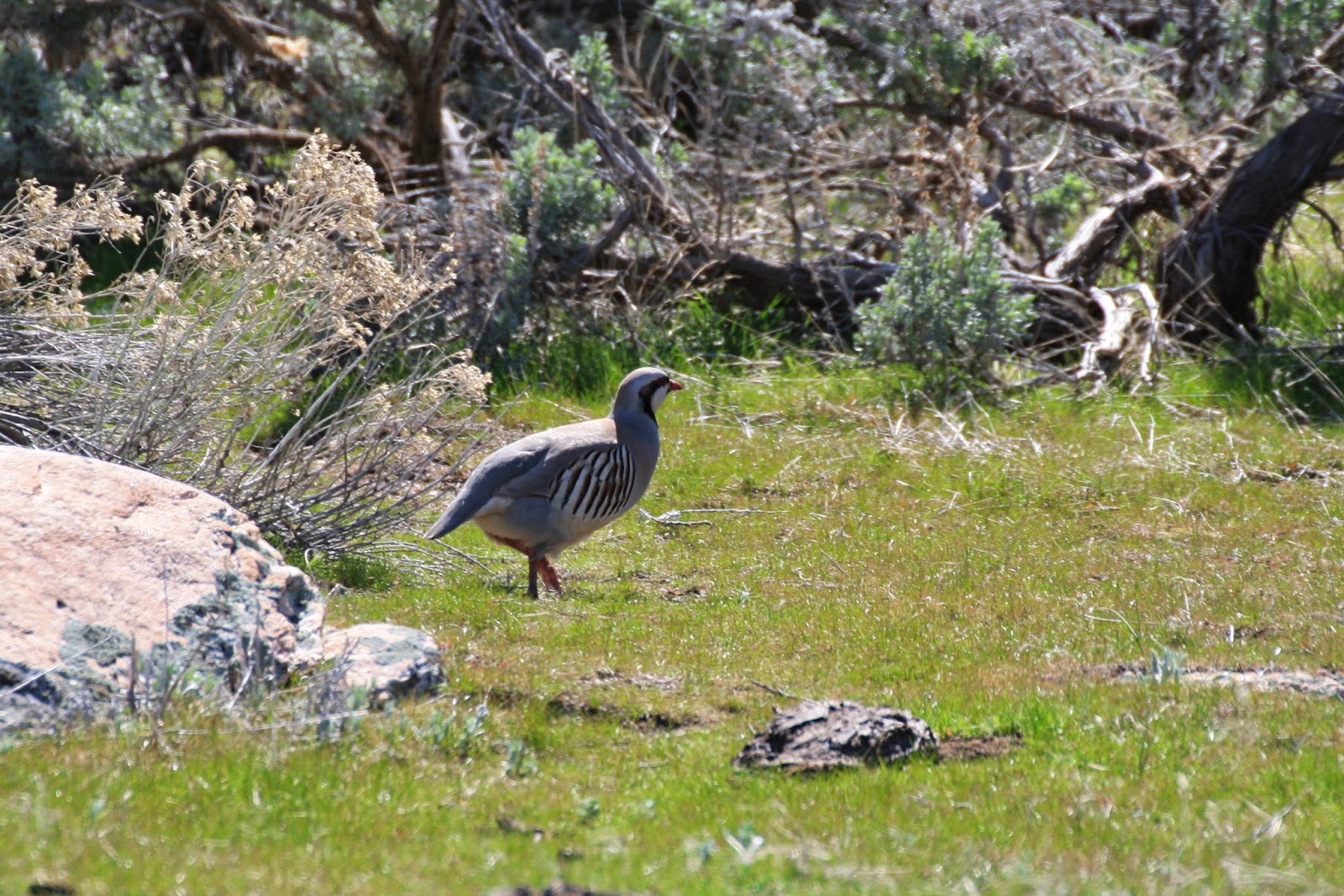 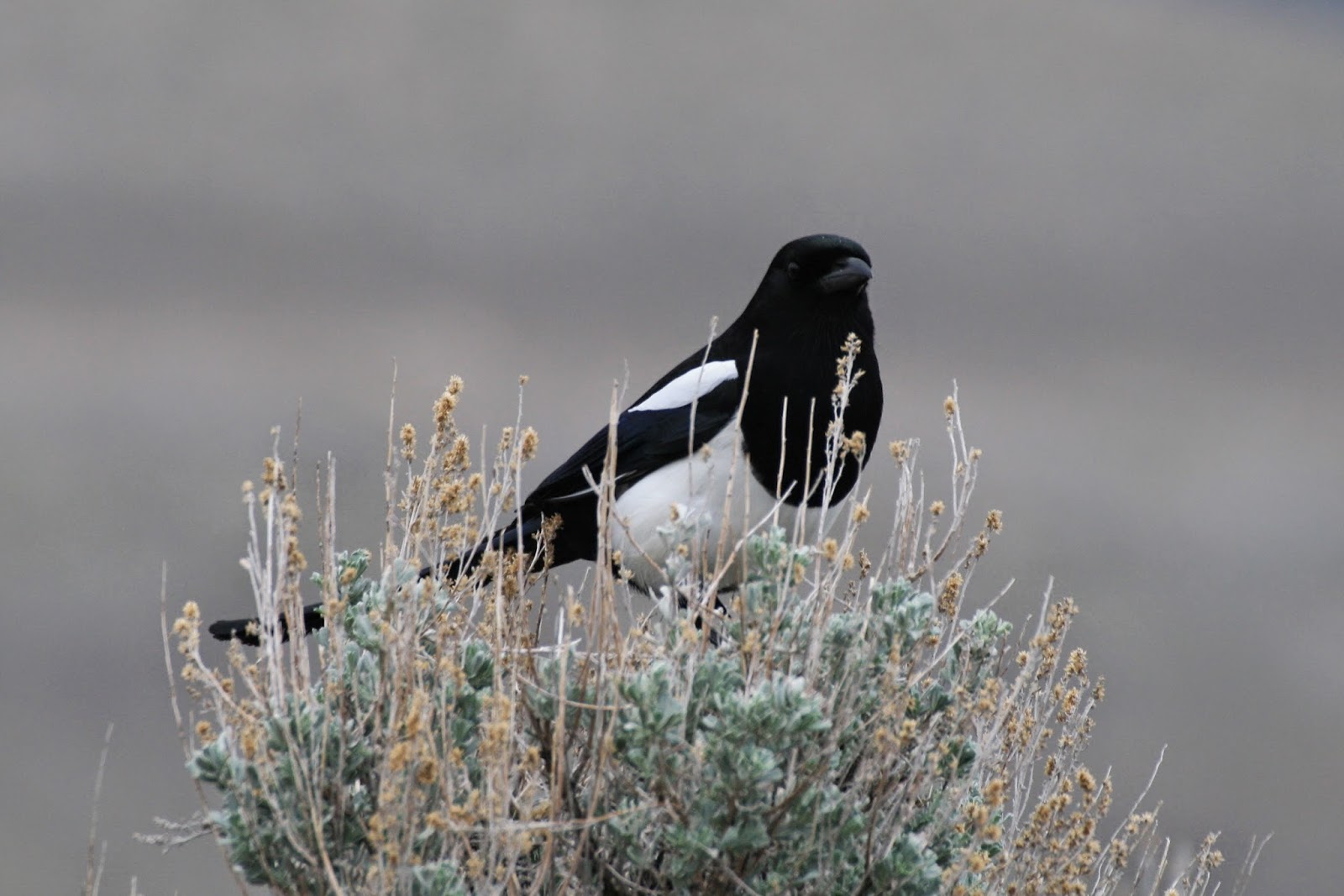 These two posed for quite a while with the lake in the background. 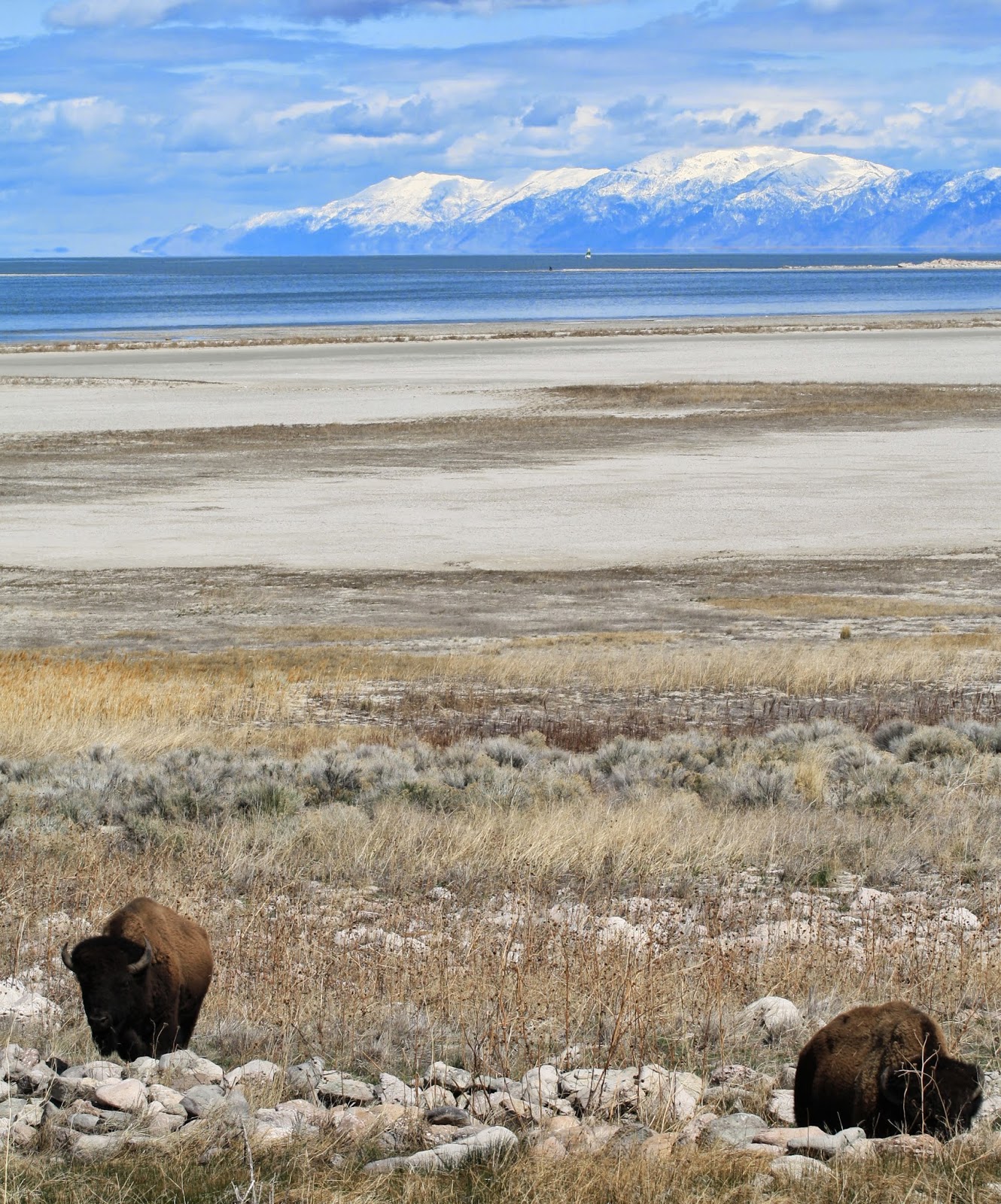 Can anyone identify this bird?????? 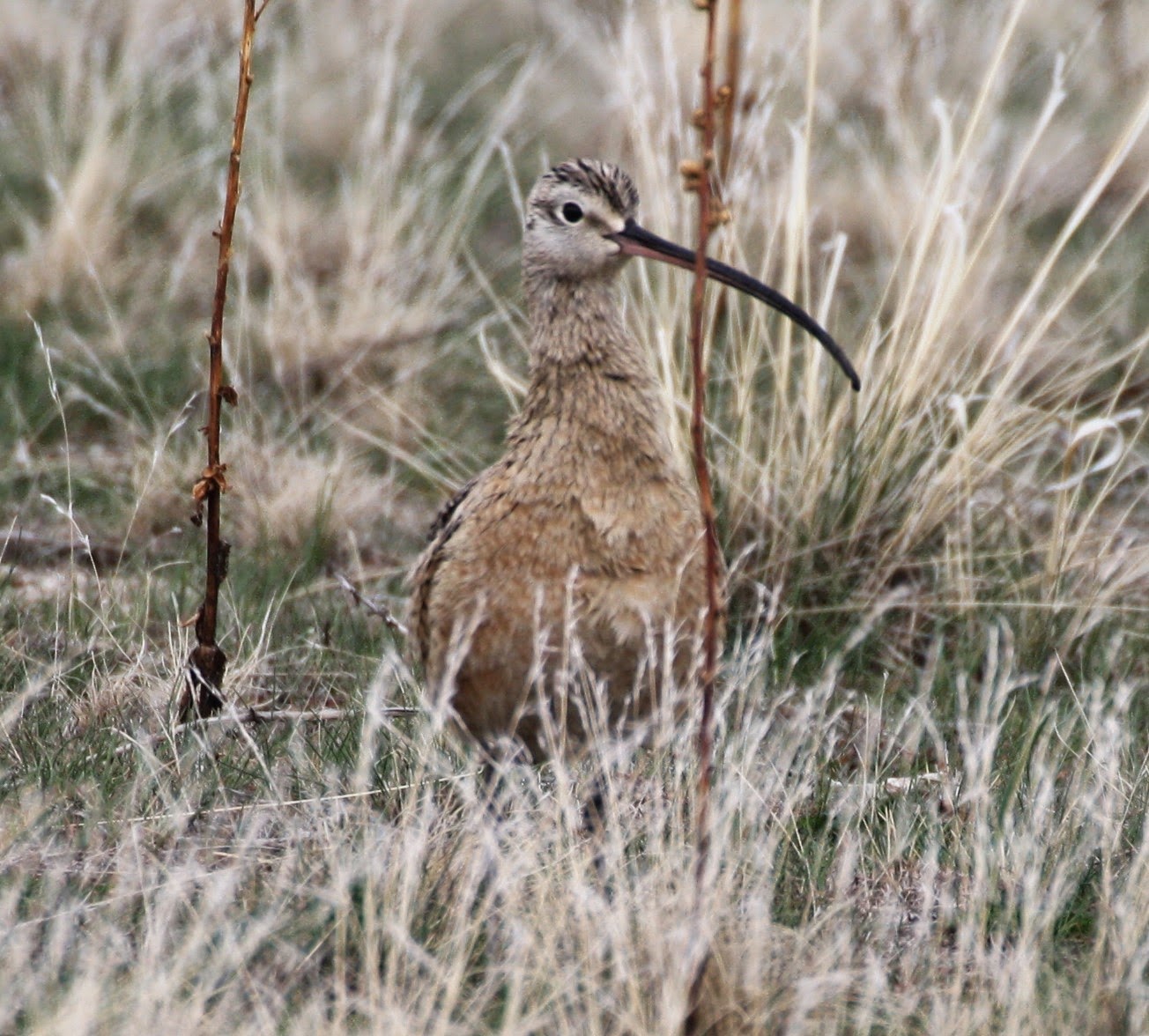 On Saturday, Forrest and I went trout fishing on the Weber River outside of Coalville while Barb spent the day with Jessica, Dylan and Lily. I caught my first two Utah trout! A pair of identical brown 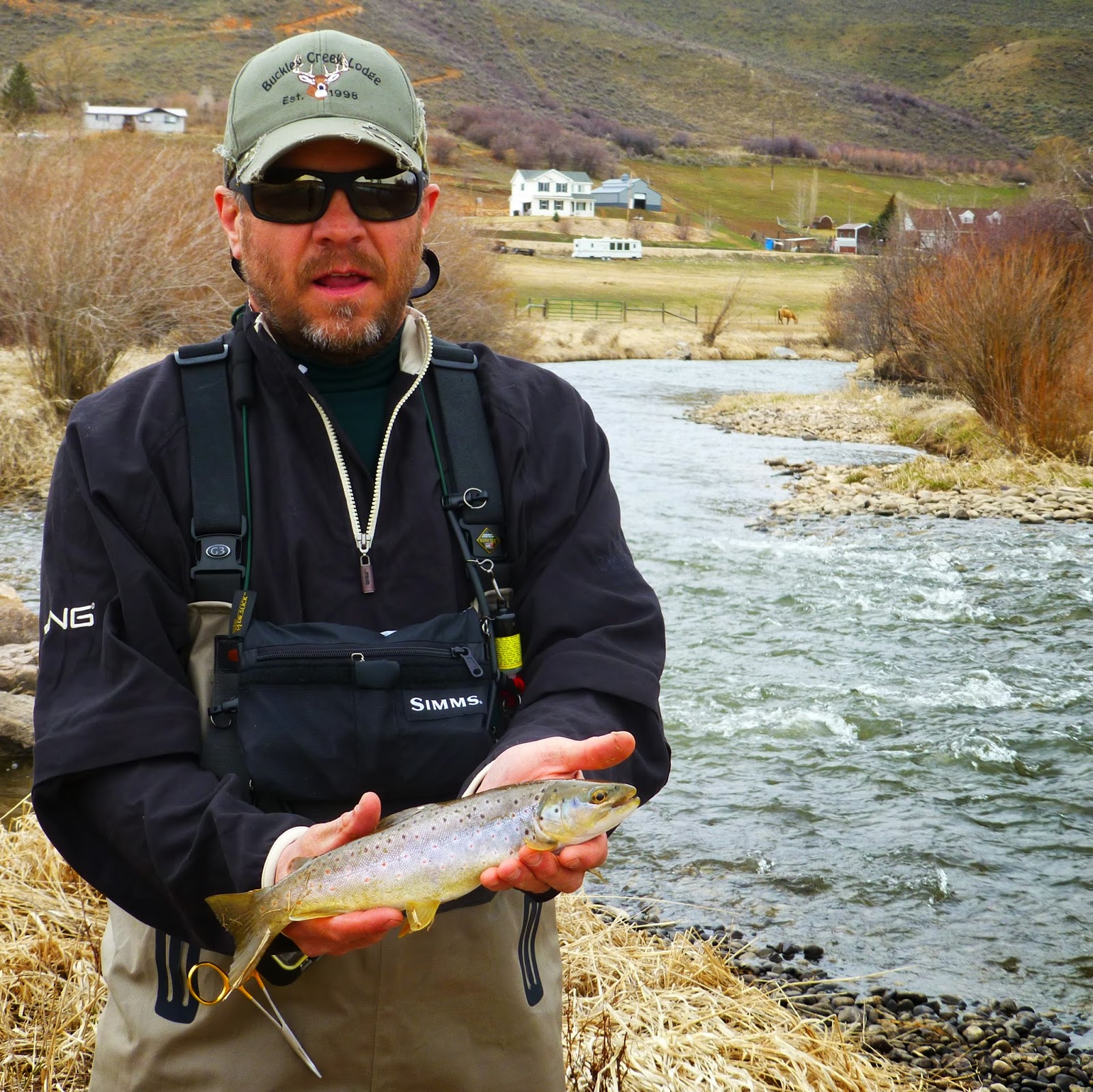 trout about 17” each. Now that I know a few locations Barb and I will be able to hit the rivers in the next few weeks.

Saturday night Forrest, Somer and Lily came out to spend the night, we sat by the campfire until the wee hours of the morning and spent the next day exploring the island. Although the morning was nice, the afternoon did not cooperate with rain, sleet and high winds. I ended up putting the dish down for fear it was going to get ripped off the roof! Looks like it will be on and off rain the rest of the week, time to hunker in and watch some movies.......
﻿﻿
﻿﻿
Posted by Jim and Barb's RV Adventure at 10:36 AM