Bears and berries go hand in hand as the berries are one of their favorite foods.
I have been spending my days getting the stands sites ready. With the season opening this Friday and almost 35 hunters coming during the season, there is a lot of work to be done. Bears must be located, sites prepped and stands set. Trail cameras are a huge asset when determining where to set stand locations. If the cameras shows no bear activity or a sow and cubs in the area, we move to another area. It is really interesting to see what shows up on cameras in addition to bears, so far this year I have captured pictures of wolves, skunks, rabbits, weasels, eagles, vultures and countless flying squirrels. The interesting thing about these squirrels is that they are most active at night. At some sites there may be over 1000 pictures with 980 being squirrels and the remaining 20 being bear and other critters.


I did have one melancholy moment while reviewing some of the data on the trail cameras from last season. While clearing and deleting the pictures from last year I ran across a picture of my dog Bailey who passed away in April. She was my constant companion last year while preparing sites, she would ride in my Jeep and 4 wheeler wherever I went and I have really missed her this year. Not a day goes by this time of year that I don’t think of her and miss her companionship.

In addition to trail cameras there is a lot of other signs one can look for when looking for bear. The most obvious are seeing a bear either in person or on a trail camera but there are several other ways to determine if there are bear in a particular area. Tracks, seeing their scat and scratching posts not only tell you if there are bears in the area, they also can tell you the general size of the bear. The other day when I was driving down a deserted logging road I came across a very fresh scratching post. Big boars will often use scratching posts to mark their territory and warn other bears that this is their area and off limits to other bears. This particular post was a poplar tree about 16’ tall and 12” around. This bear had actually broken this tree in ½ about 10’ above the ground. Whatever bear did this was one mean bear with a bad attitude! I stopped to take some pictures of the tree and when I got back into my Jeep to start it up, all I heard was “click, click, click”….. I tried for 10 minutes and nothing….I thought, oh great, here I am out in the middle of no where, no one knows where I am , parked next to a mean bears territory marker. I either had to get this Jeep running or start walking the 5 miles to the main road that is rarely traveled. I was able to determine that it was either the starter or the battery……….I used my leatherman to disconnect the battery terminals and used a knife to clean the battery and terminals. I reconnected the battery, crossed my fingers and tried to start the Jeep. Whew, it started! I still have 6 more sites to check but I left the Jeep running the entire time. Ends up the rough roads loosened the battery terminals and they had a poor connection to the battery. Ended up being an easy fix for what could have been an intense situation. 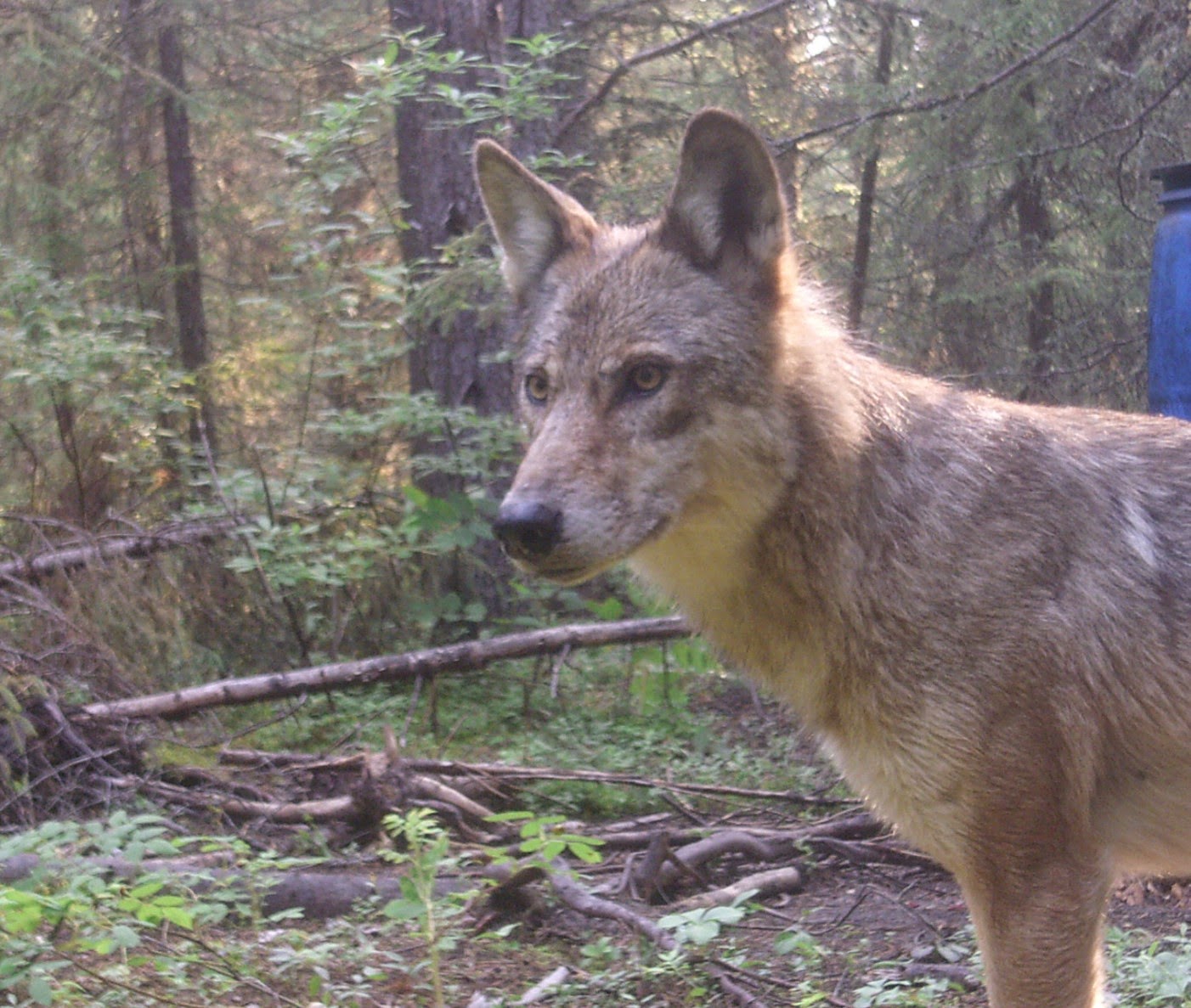 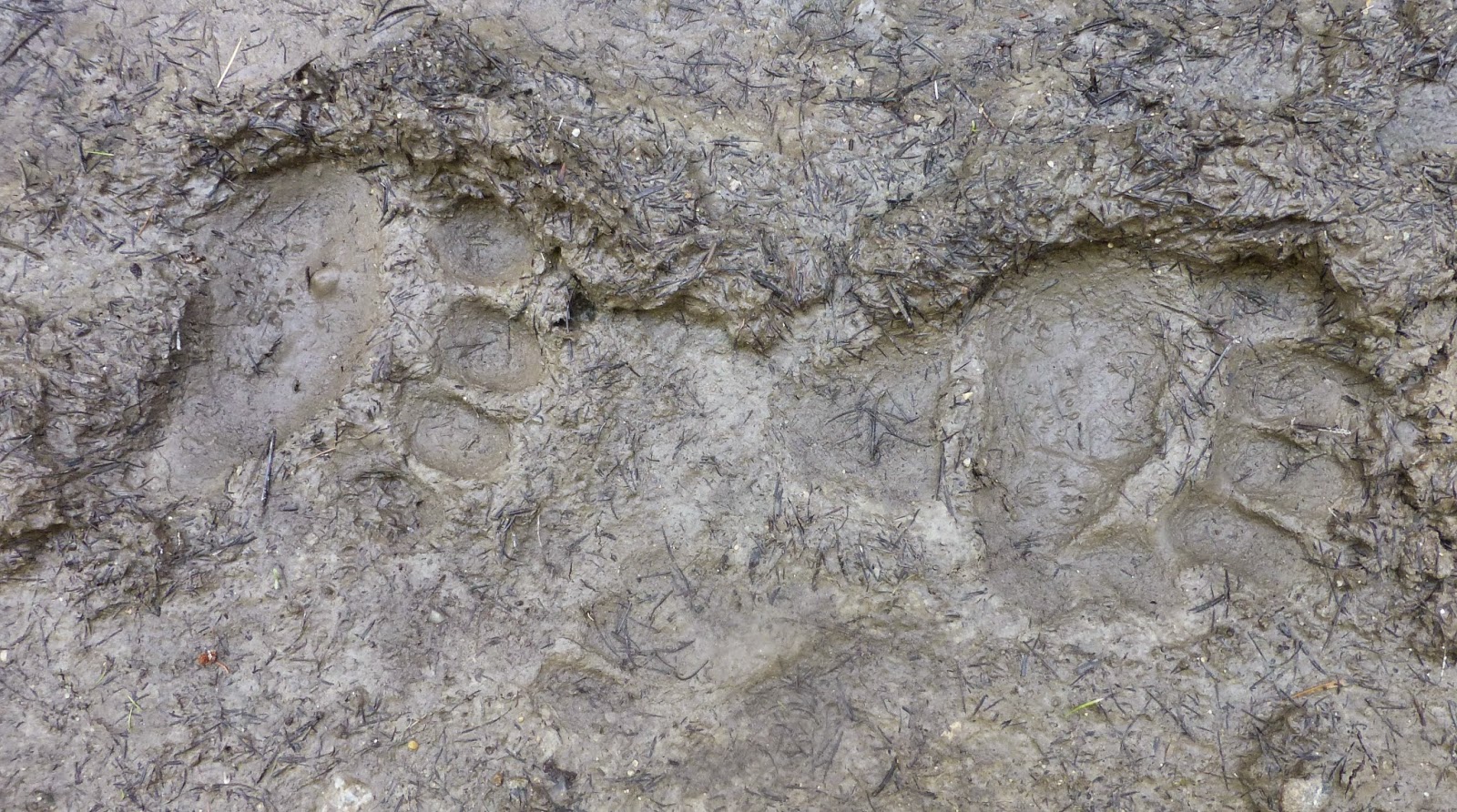 Another close call occurred the other day while I was looking for more bear sites.  I was driving though the bush next to a river when I drove over an underground stream or drainange. On the surface you could not see a thing but just a about 6” below the soil there was an underground channel and when I drove over it with the 4 wheeler down and over I went. It happened so fast there was nothing I could do. Luckily I was not pinned or injured and was able to crawl out the top of the wheeler. I tried uprighting it by hand to no avail but was able to use the winch on front of the wheeler, attach it to a tree and get it on its wheels again.
Barb made it back on Sunday and it is REALLY good to have her back! Two funny things happened in the first few minutes of her being home……first, Daisy walked right by her and pretty much ignored her when she got home. The second thing was that when Barb walked into the rig and looked around, she turned around, walked out and said she would be back in a few days after I got it cleaned up! It took me about 5 minutes to convince her that I had cleaned up and she should have seen it before! What’s a guy gotta do to have all his hard work appreciated?!?!?!? She had a great time with the kids, put a few hours in at her old job and was able to see a couple of friends while she was in town.
The blueberries are peaking right now, Barb and Michelle have been picking buckets full for pies, muffins and pancakes! So far this I have only seen the pancakes but I think there is a pie in my future! 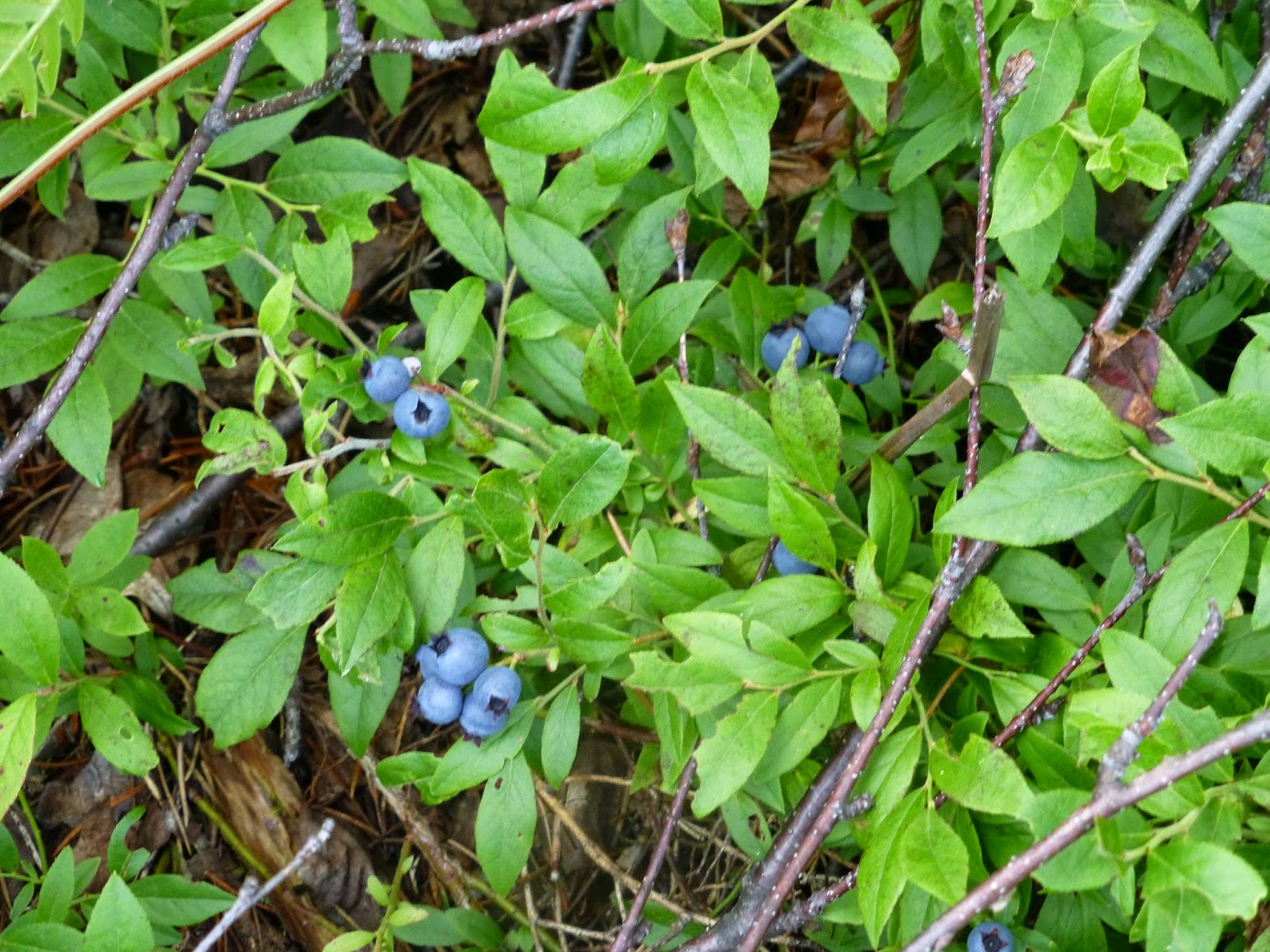 The wolf that had been stealing the garbage here in camp has not been seen for about a week so hopefully it moved on, the rest of this week Barb and I will be putting the final touches on the bear stands in preparation for the first of the hunters who will be arriving over the next couple days.