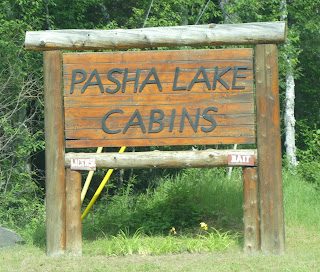 This week found us driving in North Dakota reminiscing about the past 6 weeks in the Black Hills; about everything we got done, about all our visitors and talking about what is yet to come.  We have so many goals of things to do in South Dakota it is mindboggling; bike the entire Michelson Trail, hit every brewery in the hills, hike all 9 trails in Custer State Park….. Not to mention the personal work; get our build site ready for concrete, fencing projects...... So many things so little time…..
But that is part of what continues to drive us; reaching for and achieving goals. This past week we accomplished a couple of these goals and made steps towards others. Kevin and Cheryl arrived for a few days and we went to work on our build site by putting in concrete forms, putting in water lines, electrical conduit, frost foam and rebar. We are officially ready for concrete! 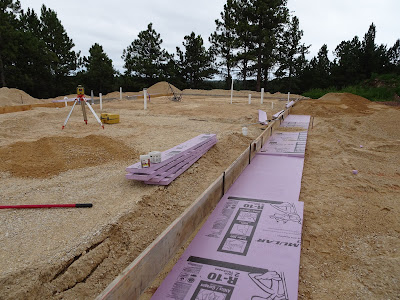 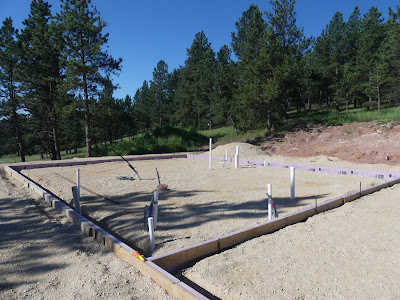 We also knocked off one more brewery by visiting the newly opened Firehouse Brewery in Hill City. This makes 5 out of 10.  Barb had a flight of 6 brews (her favorite being the Smoke Jumper), Cheryl did a wine tasting that included 5 wines (she bought a bottle of Mythical Beast) while Kevin and I had a pint of Bell Tower Lager, their lightest beer. Since Cheryl had never been to Prairie Berry Winery we hit that as well where she bought a bottle of Red Ass Rhubarb.
The night before we headed north Rudee and Phil invited us to another play at the Black Hills Playhouse. This time we saw “Oklahoma!” We are not really play people so for us to go to two plays in a month is quite a feat and both Barb and I agreed that this was the best one we have ever been to and the Spelling Bee we saw last month was the 2nd best play we have been to. Never mind the fact these are the only two we have ever seen.

One last check of thee trail cameras showed that the fawns are finally starting to show themselves!

For this road trip our first destination was “The Farm” in North Dakota where we planned a one night stay to see Bob and DeAnne for the night. We try to take different routes whenever we travel to the farm, this time we came across “The Enchanted Highway” so we took a little detour to see what it was all about. It is a 32 mile stretch of highway where they constructed scrap metal sculptures to entice travelers in the area. 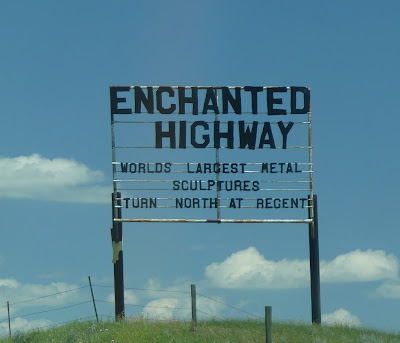 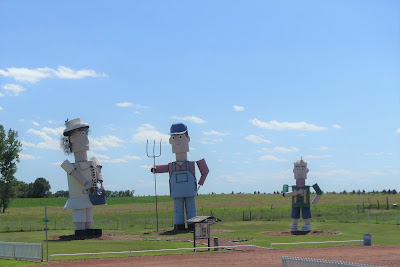 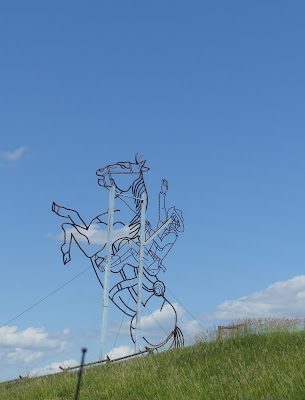 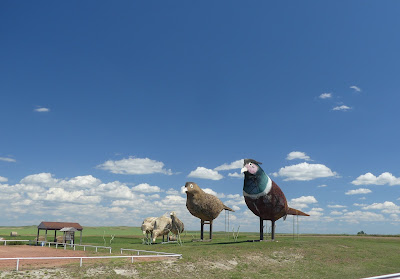 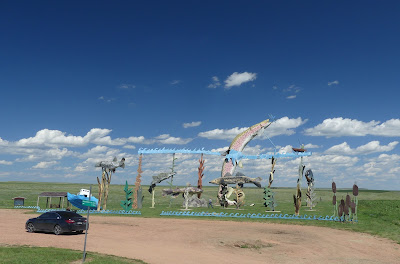 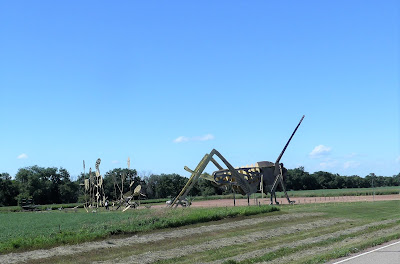 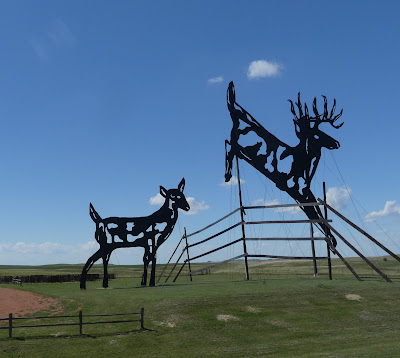 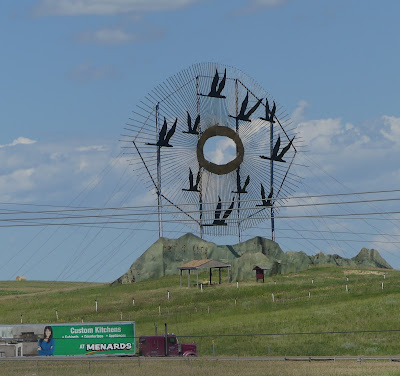 Besides seeing Bob and DeAnne, we were especially looking forward to this trip as it was the first time we have been here in the summer.
All of our other trips were in the spring before the crops were up and in the fall when the crops are harvested. This is the first time we have been here when the crops were in their full growing cycle. One of the main things we were looking forward to was seeing the Canola in full bloom and we were not disappointed!


Soon after arriving and saying hello Bob and I hit the field to take a look at a gopher problem he has in one of  his fields. Since I am the self-proclaimed rodent expert of the Dakota’s, I wanted to see what he was dealing with. I have seen the damage prairie dogs could do but we have no financial impact. These gophers on the other hand can devastate a field and take money out of their pockets.

The bare spots in the photo below show some of the damage caused by the gophers.... 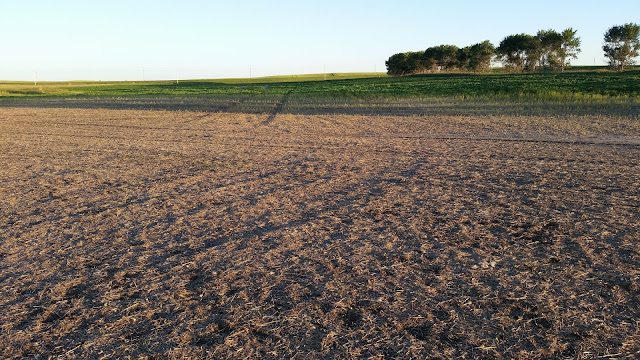 All that brown were peas until the geese moved in and ate them to the ground. So what do you do? You can't shoot them this time of year, you cannot be there constantly to shoo them away, instead he put up a coyote decoy which so far is working like a charm!

The next day we drove the area so I could get a look at all the fields we planted in May. It was really cool to see where they were just 6 weeks later.
We left the next day and started our 16 hour journey northeast towards our ultimate goal; Pasha Lake Cabins. We chose a route that took us east just below the Canadian border. As we passed through Rugby we saw a monument saying that we were in the geological center of North America! 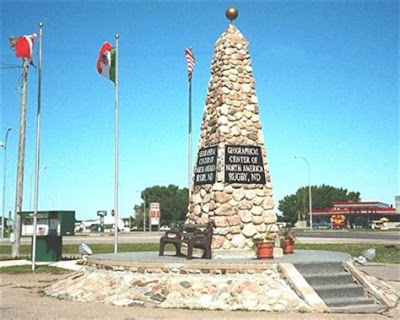 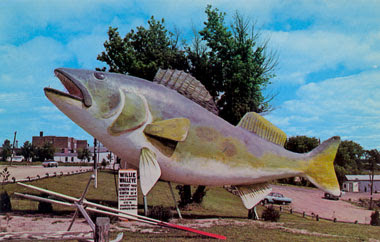 
After 10 hours of driving that day, we spent the night in a boat launch at a remote lake on highway 11 about 1 ½ hours east of Thunder Bay.


Four hours later we were pulling into Pasha Lake Cabins and set up our home for the next 5 weeks!


So who will catch the biggest fish? Well, you will just have to stay tuned to find out!

Posted by Jim and Barb's RV Adventure at 5:36 AM