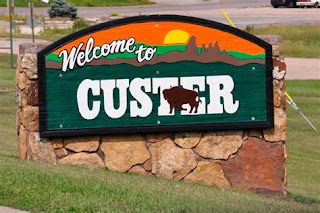 With a population of just under 2,000 people Custer South Dakota is the perfect place to ride out the craziness that is going on in the world right now. There one grocery store, 2 hardware stores, about 8 or so motels, a dozen restaurants/bars and even more shops that line both sides of Main Street. In the summer, the streets are lined with thousands and thousands of tourists taking in the local attractions but this time of year the streets are barren. Only 2 of those motels are open and ½ of those restaurants and shops are boarded up for the winter waiting for tourists to come back. As isolated and remote as Custer is, it is the perfect place to be right now.

If something like this was going to happen, I am glad it was in the off season when traffic is at its lowest.  For the most part, it is life as normal out here. We did hear that one of the two open motels closed because too many “outsiders” were coming into town to get away from the pandemic. I have heard of similar things across the country where people are leaving the big cities to escape. Being 20 miles outside of Custer we could not be a better place to ride this out. We have to run into town about once a week for groceries, laundry and maybe a hardware store run but for the most part we are at home working on our projects.

Our major project continues to be the siding. As of last week I estimated we needed 12 more warm weather days to get the siding finished. This week did not cooperate with us only providing 3 days that I was able to get outside. Two days were spent finishing the east side of the house. 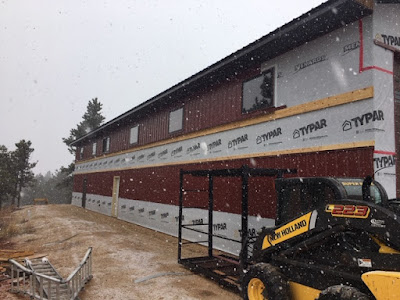 One day working on the lower section of the south side. 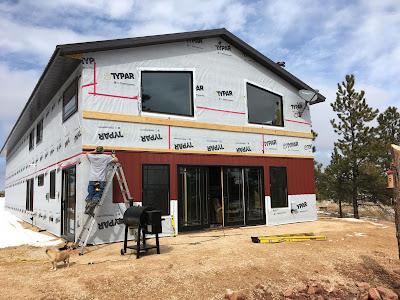 The rain/snow days were spent inside working on various projects; we finished the bug wood on the lower sections of the living room. 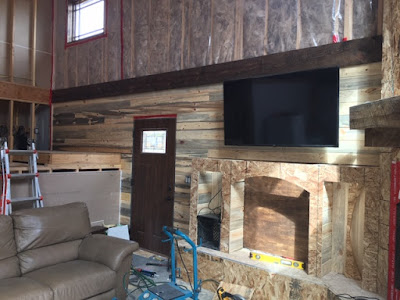 We finished the waterlines in the laundry room for the dog wash and laundry machine. 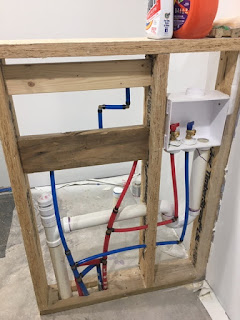 As well as the controls for the shower in the lower level bath. 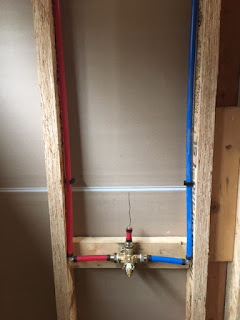 Barb is been on the hunt for the perfect washer and dryer. She originally thought she wanted front loaders but has been hearing horror stories about the smell and water retention of the front loaders so now she is looking at top loaders. If any of you have opinions on what you would recommend let us know!

We also took delivery of our ceiling fan. We had ordered it about a month ago and it finally arrived! We went with a 72” windmill fan from The Original Windmill Ceiling Fans Company. We absolutely love it! 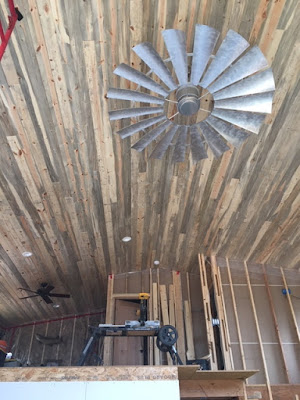 The wildlife continues to visit us each day oblivious to the chaos in the world. The turkeys (up to 27) were joined by a tom who is trying to impress the ladies with his studly physic. So far the hens want nothing to do with him as they do not nest until the ground temperature gets above 50°F. Fun to watch them play their antics though.

And now for the totally bizarre... The two pictures below are the same turkey. Notice the thing on top of his head that looks like a horn. Well, that is actually called a Snood. The whiteish fatty looking thing below his chin is called the Caruncles. 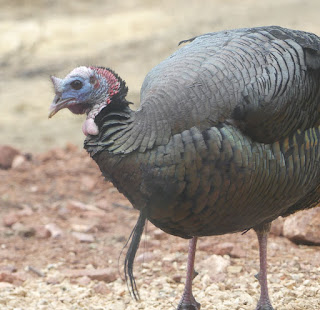 This is how they change when he puffs up and gets all excited.. 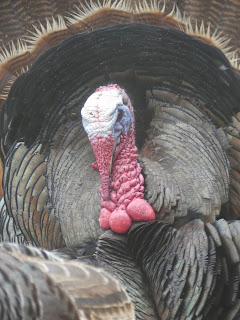 Speaking of weird wildlife, we had more visitors show up at our window! 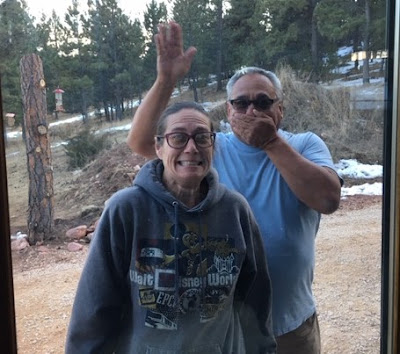 Dino and Lisa stopped by on their way to Minnesota! We of course did not let them in so we slipped them a beer through the door and wrote notes to show them through the window. They only stayed one night before heading on but we did have a nice visit and they were able to return out table and chairs that we left them in Quartzsite.
The deer show up rain and shine to see what we are up to, even with snow on their faces! 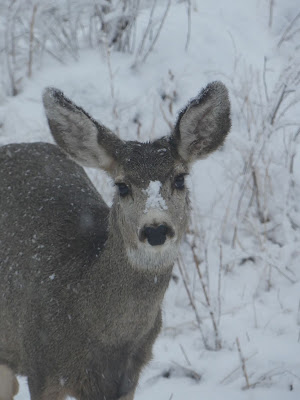 The rancher next door opened the gate so his cattle could roam our property (and the Jordan's) and eat the grasses down. It is cool seeing all the baby calves lounge around…. 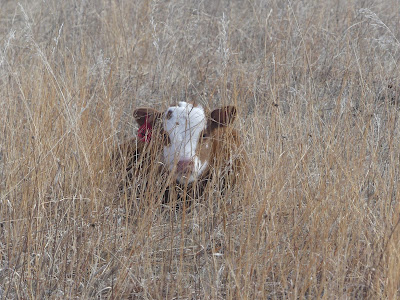 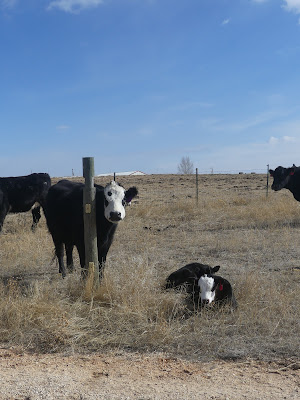 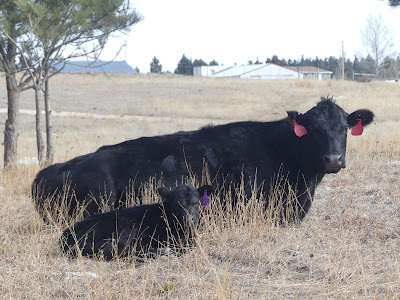 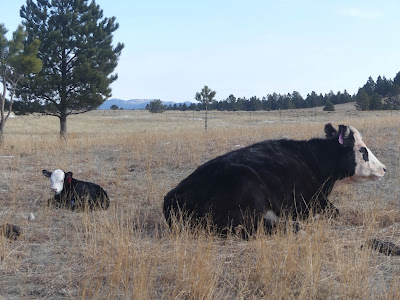 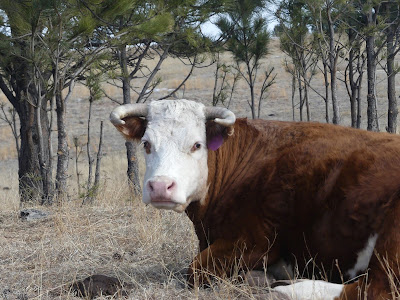 The mix of rain, snow and warmer weather sometimes in one day made for some interesting scenery. All of these pictures were taken within hours on the same day. 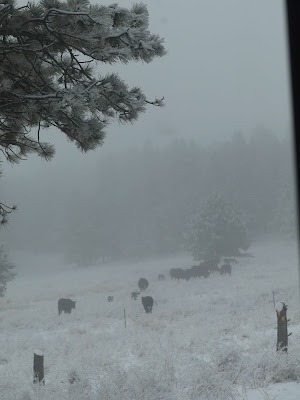 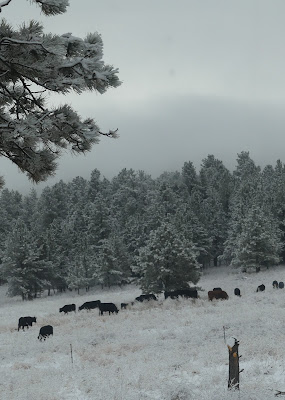 The weather next week has some 60’s in the forecast next week we hope to get out and really hit the siding hard!
Posted by Jim and Barb's RV Adventure at 2:32 PM