I have fond memories as a child of grouse hunting in the woods of northwest Wisconsin. Thinking back it was…. probably 45 years ago when I was 12, 13 or 14. I recall walking through the dense aspen growth in search of the “chicken of the woods”, the ruffed grouse. Sometimes I would go with my younger brother, sometimes it was just by myself. Wandering through the woods for hours, shotgun in hand hoping just to see one or two birds. Funny how at times I cannot remember what I did yesterday but can vividly remember a single grouse that flushed in front of me 45 years ago. 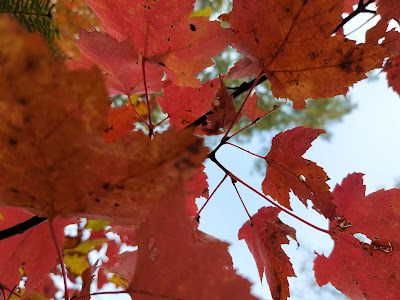 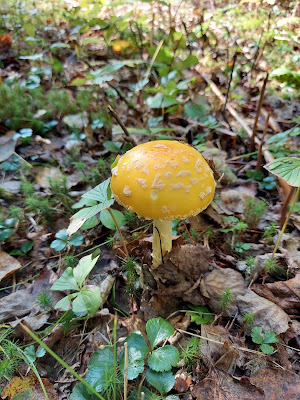 It was on some farmland across the road from my dad’s place on Shell Lake in Wisconsin. The farmer, Ernie, had 30-40 head of dairy cows that he milked twice a day, every day 7 days a week, 52 weeks a year. My brother Rod and I used to help him milk, hay, shovel cow manure, feed the calves, whatever a 12-14 year old can do. I shot my first grouse, my first rifle deer and my first bow deer on his property. Ernie died on a September day in 1981. He fell from one of his silos when a rung on a ladder broke. I remember that like it was yesterday too. 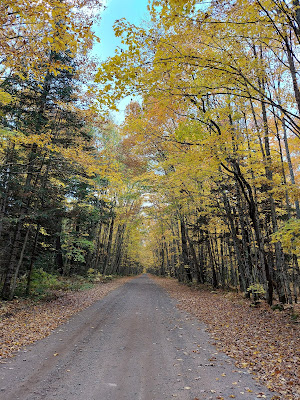 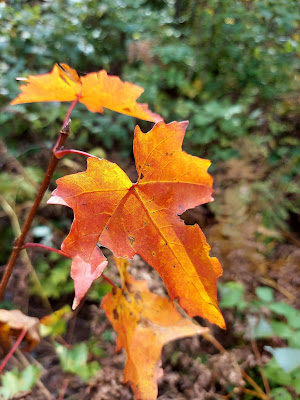 We all have our own memories like this, of some sort or another. Memories that take us back in time 30, 40, 50 years ago, remembering them like they were yesterday. It was these memories that made me want to grouse hunt our way across the Upper Peninsula of Michigan to see if I could relive some of my childhood memories. 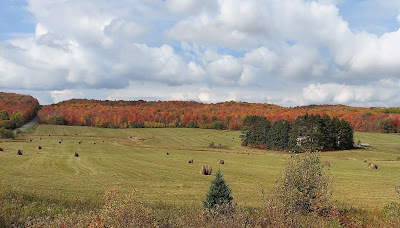 The U.P. of Michigan is known for a lot of things, grouse hunting being one of them. I did some research months before our trip to see where I would even be able to find grouse up there. I emailed the game warden in the area where we were going to see if he could lead me in the right direction. He suggested that I try the GEM’s units scattered throughout the U.P. 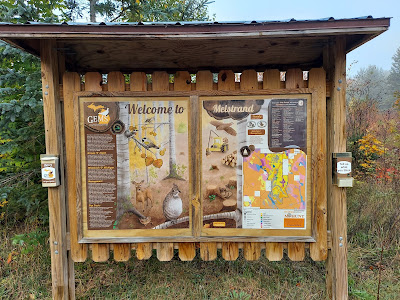 Over the course of the last week we hit 6 G.E.M. units across the U.P. I wish I could tell you that the grouse were plentiful, Dakota did awesome and I did not miss a single shot. Sadly, that is not the case. Throughout the week I saw probably a dozen grouse. Dakota did….okay and well, I can say that I did not miss a shot as I only shot at one grouse and I got it!

Even with the limited success I was successful in reliving some of my childhood memories as I was hoping to. Just walking the logging road, taking in the fall colors and the smell of autumn in the air. 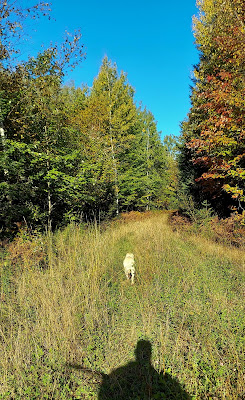 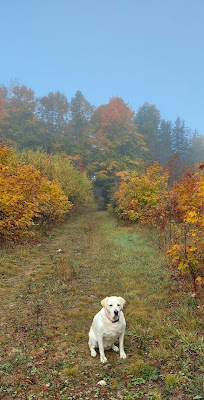 I was also able to create new memories that I hope to carry for years like hearing nothing but the panting of Dakota as she searched for grouse, or the one grouse that I did get and how she dutifully retrieved it and brought it to my side. She is a good dog and I was happy to be able to spend some time with her without you know who tagging along. The bonus of visiting each of these management areas is that we were able to boondock for free at each one of them saving us 4 nights in campground fees!

When we weren’t grouse hunting we were exploring other sights in each of the areas we visited. The top of our list was probably Tahquamenon Falls outside of Paradise Michigan. This is a very pretty pet friendly park where we were able to take Zoey and Dakota on the trails to the overlooks.

Poor Dakota, I was walking her and Barb was walking Zoey. The entire time we were walking people passing would look at us and say “Awe, cute” “Darling” “Aren’t you a pretty girl”. Dakota would raise her head a little higher accepting all this well-deserved praise. One time someone says “Adorable, can I pet her?”. Then they bend down and pet Zoey! Dakota was like “What?”! If I could read Dakota’s mind I know she would be saying something like….”How could you say that dog is cute?” “Her face is so flat it looks like she smashed it into a window a few times too many” “And you call that a tail? How can you tell if she is even happy, that thing does not wag!”

But no matter where we go people are always commenting on how cute Zoey is while giving Dakota a consolatory pat on top of the head saying something like “Oh, your cute too.” Zoey was eating up all the attention while Dakota….. not so much.

We also stopped at Munising to see the Pictured Rocks but when we saw how they were packing people into those tour boats like sardines we opted not to go. Covid or not, we don’t like crowds like that. We did go see Munising Falls but they were a little underwhelming compared to others we have seen.

As we continued west we followed the coast of Lake Superior stopping once in a while to walk the dogs on the beach, 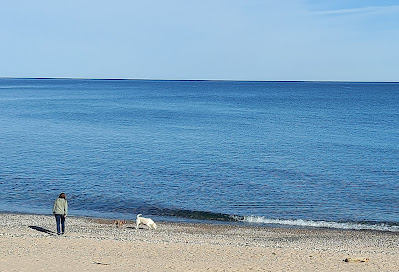 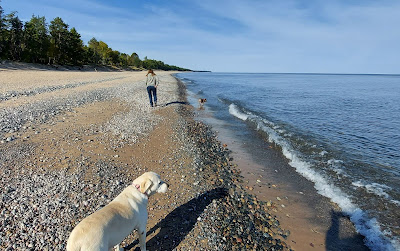 Overall, we loved our drive west in the U.P. We took a lot of side roads, gravel roads and even a few trails on our way to and from grouse management areas.

We eventually crossed over into Wisconsin stopping at Wacona Lake National Forest Campground outside of Ashland. At $7.50 a night with the National Parks Pass discount that is hard to beat! The next day we stopped by to see Chad and Michelle (owners of Pasha Lake Cabins). Although we just saw Chad the week before, we had not seen Michelle and the kids in way too long! We spent the afternoon/evening catching up but we did not take one picture!

After camping in their driveway for the night we drove 5 hours to Fergus Falls where we spent the night in Dino and Lisa's driveway. We went for Pizza at a local brewery and then back to their place for a nice night at the fire.

The next was another 5 hour drive to our friend Dan and Jeannie's outside of McClusky North Dakota at their waterfowl hunting property. We toured the property, had an awesome steak dinner and caught up with them. The last few days of this part of our trip were fast and filled with visiting. Next stop, The Farm where we can slow down, relax and do some pheasant hunting!

Posted by Jim and Barb's RV Adventure at 1:58 PM