Week One in Utah


We have been in Salt Lake for a little over a week and what an action packed week it was!
Activities included; hiking, biking, fishing and a Birthday Party just to mention a few. We arrived at Lindon Marina on the south side of Salt Lake Wednesday afternoon and quickly got set up. Everything looked pretty much the same as when we left last spring. Again, Lindon Marina is not an official campground but the owner will allow RV’s for $12/night with no hook ups. We had the entire Marina to ourselves and weather permitting we will be here through December.


Thursday we spent the day at Forrest’s doing laundry and washing the truck. Forrest and Lily got home a little after 5 and Somer got home after 7. It was good to catch up and see everyone. Lily has really grown in the past few months!
Friday we spent the day at Jessica’s. Visiting and washing the 5th wheel. We had driven a lot of gravel roads in the past few weeks and it really needed it. Both Dylan and Kendall had grown since we saw them last as well. Dylan is now quite the talker and Kendall is almost to the crawling stage.


Saturday Barb, Forrest, Lily and I went up American Fork Canyon to do some hiking. Forrest had told us about a little trout lake near the top of a mountain and we wanted to see it. The drive to the parking area was quite an adventure in itself, a lot of switchbacks on gravel roads with severe drop offs and no guardrails. Once we got to the parking area Forrest pointed to the top of the mountain and said “That’s where we are going”. I started wondering what I had gotten myself into. 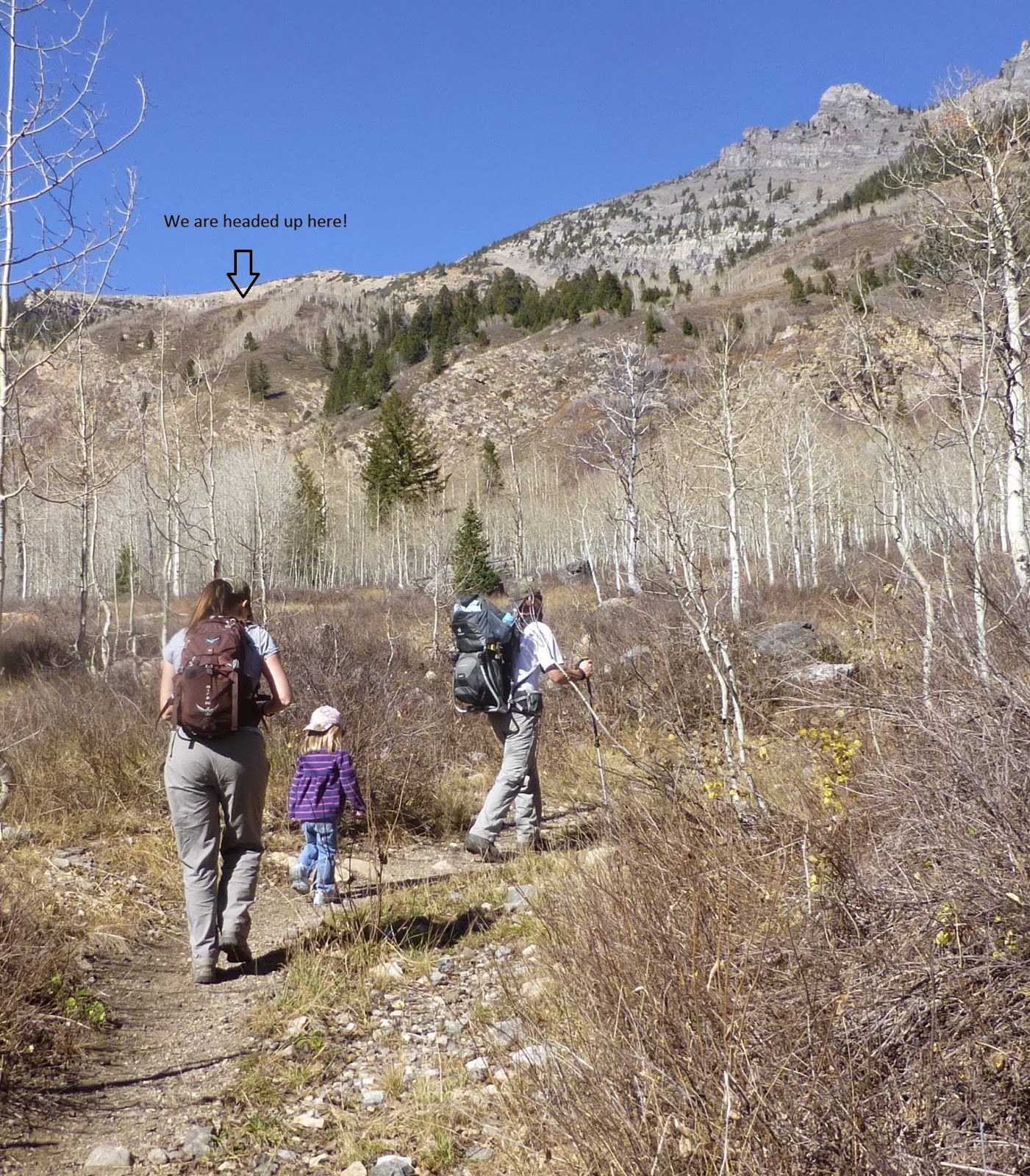 Barb and I loaded up our backpacks while Forrest loaded up Lily and we headed up the mountain. It took us about an hour and a half to get to the lake which was on a shelf a few hundred feet below the peak. The trail itself was not horrible, the first 1/3 was a gravel trail with a gradual slope through an aspen forest. The second 1/3 was a pretty steep grade with numerous switchbacks softball to bowling ball size rocks as the trail. The last 1/3 was went back to a more moderate grade though pine trees. Between the high altitude (10,000 feet) and the steep grades it was an @ss whooper! But once you got to the top the views were spectacular! It is hard to believe you would find a lake up here, let alone one with trout in it. We fished for about an hour and caught a few small trout then explored the area a little more. Barb had downloaded a geocache location that was up there. Once we got within 50 yards of it Barb and Forrest had to go “off trail” uphill to find it. The terrain was pretty steep so Lily and I volunteered to stay on the trail and wait it out. When they returned they said the geocache was located at the mouth of an old mine shaft that was barred off. That in itself would have been cool to see. They took a few pictures and came back down. We also found an abandoned miners cabin back in the pines. It would be very interesting to know the history of a building like that. There were lots of names, initials and dates carved into the wood on the inside. The oldest we saw was from 1953.

We made it back down the mountainside just as the sun was setting…..everyone slept really well that night! I attempted to create an adventure video of this trip. I am just learning how to do this so bear with me. You should be able to click here to see it.
Sunday morning Forrest was over at the trailer at 6:30am to pick me up for some duck hunting. We went to a slough about 3 miles south of the marina. It reminded me of duck hunting when I was a younger, 6 decoys and a long walk through the slough to small open water channel. There is something special about watching the sunrise in the middle of a slough with your son. Although the ducks were not really cooperative, we had a good time and managed to get one mallard for our efforts. That afternoon Somer and Lily came over to the trailer and we watched football and had duck kabobs. Barb had made some jalapeno duck poppers with Cajun cream cheese wrapped in bacon which they all ate up!


I continue to be amazed by the interesting things that we run across on the road. In this case, it happened right here at the marina. When we parked the rig we noticed several boats with large nets parked in front of our rig. The next day a couple of trucks pulled up to the boats and a group of men in waders got out of the trucks, went to the boats and took off out on the lake. The boats started returning one at a time several hours later and pulled up to what looked like a hay elevator we used on our hobby farm. From a distance I could tell that they were loading something on the elevator and dumping it into a large dumpster hooked up to a truck. Curiosity got the better of me and I wandered over to see what was going on. Turns out that these guys were contracted to remove the excess carp from the lake! Talking to them, they said that their overall goal is to take 1,000,000 pounds and they took 14 tons of carp from the lake that day alone. 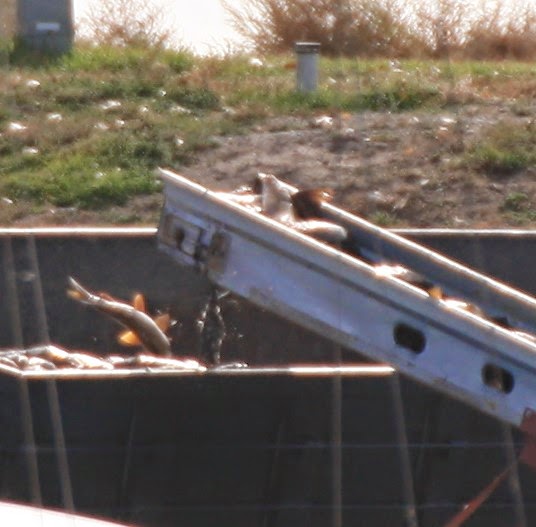 Tuesday the 28th was Dylan’s 5th birthday. Jessica had rented a bouncy house for the day. It was a small get together with only 4 kids; Dylan, Lily, and two of the neighbor kids who were 7 and 2. It has been years since we have been at a birthday party for a 5 year old and let me tell you….. you mix presents, kids, sugar and bouncy house and you are in for a meltdown or two! Actually, everyone was really good and a good time was had by all.

Posted by Jim and Barb's RV Adventure at 8:24 PM