Plamosa Road, La Posa North, La Posa West, La Posa South, Tyson Wash, Dome Rock…..Known as the boondocking capital of the world, there are so many areas for good boondocking. So how does a first timer choose which one to stay at? This was the first decision we faced when planning our first winter stayover in the Quartzsite area. Our decision was first influenced by how long we planned on staying. As we planned on staying for at least 30 days, maybe as long as 90, Dome Rock and several others that have a 14 day limit were out. This left the La Posa and Tyson Wash Long Term Visitor Areas (LTVA’s) but which one? One must consider how much privacy they want, proximity to fresh water and a dump station, proximity to town or friends……. For us the deciding factor was where some of our friends were going to be staying so we decided on La Posa South.


As this was our first time in the area we did not know the rules, regulations and etiquette. We pulled in and our first site was the check-in station. Although some of the boondocking areas on BLM land in this area are free, the LVTA’s do charge a nominal fee to cover the cost of garbage pickup, sewer dump stations and water. You have two choices when it comes to the fees; $40 for 14 days or $180 for 7 months starting September15th. We chose the latter as we plan on staying for a month or more and it is valid at the other LVTA’s in both Arizona and California.

Fee paid, registration stickers received, we set out to find the perfect site. With hundreds of acres of area to choose from and hundreds of RV’s scattered around we had no idea where to begin. Luckily, friends Steve and Dianne, were already in the area and Steve met us on his 4 wheeler and guided us to several spots he thought we might like. Thanks goodness….. we had no idea where to even start and the etiquette on how far away we should park from other rigs. Although some of the sites were obvious, others were not, but after a bit we were able to distinguish where some likely spots were. In the end we picked a spot about 75 yards from Steve and Dianne’s rig.


We dropped the trailer, parked the jeep and 4 wheeler and set out to mark our territory. No, I don’t mean running from bush to bush marking our spot! Here in Quartzsite people mark their areas with a row of rocks encircling their personal space. Weird I know, but when in Rome…… 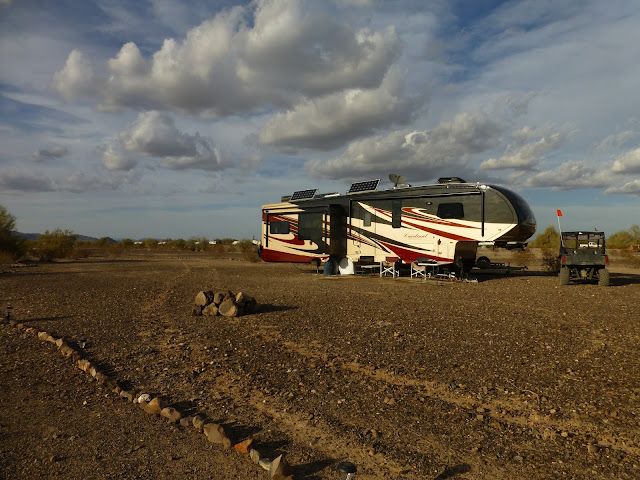 This actually accomplished a couple of things; it deters (but does not prevent) people from setting up and driving through your area. For the most part people respect these boundaries but when it starts to get really packed all bets are off. 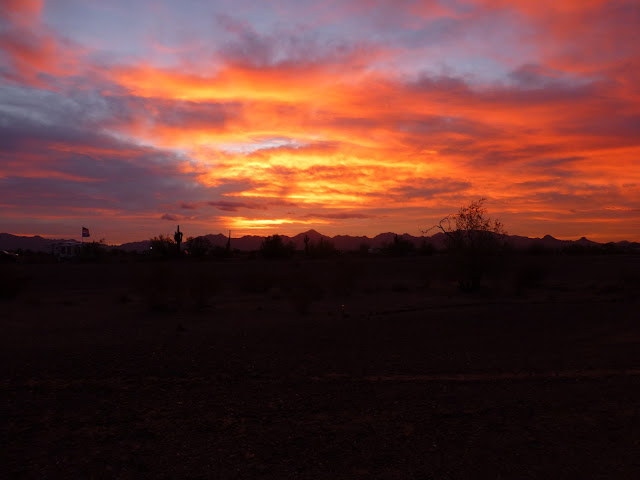 Territory marked, we needed to learn the lay of the land; where to get gas, where to do laundry, groceries and other specifics one needs to learn when staying in an area for an extended period of time. Luckily, once again Steve and Dianne to the rescue! They took us on a tour of the town and pointed out some specifics. Although prices change regularly, here is where we found the best prices right now. Propane varies anywhere from $1.99 to $2.45/gallon. The best place we found was Fill-R-Up right from Main St. as you are driving south into town on 95 from Parker. I filled a 30#’er for just over $15.00. Even through it is a smaller town, fuel will vary by .30/gallon within a few miles. This week the best price we found was at the Arco on the east side of town ($2.09 unleaded, $2.07 Diesel) Your best bet on groceries is to get them before you get into town or drive to Parker to hit the Safeway or Walmart but if you have to get something in town, Roadrunner is probably your best bet but watch the expiration dates. 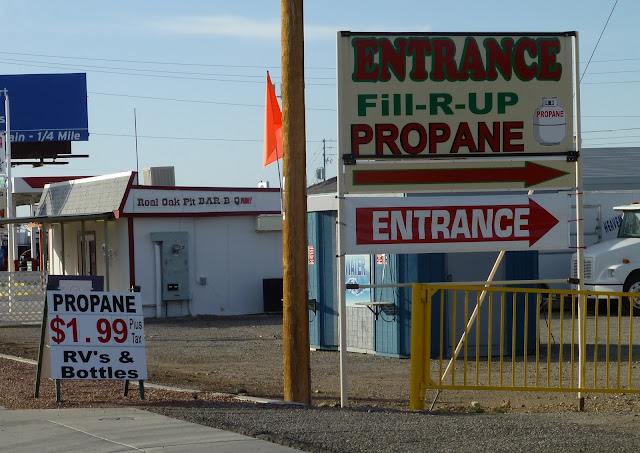 If you have a LTVA permit you can dump and fill with water at La Pasa South, if not, you will need to dump and get water at RV Pit Stop just north of Main on 95. Last but not least, if you are going to be down here for a month or more, you may want to get your mail. We have been told horror stories about the Quartzsite Post Office. In fact there is even T-shirts in town that state “I survived the Quartzsite Post Office”. Steve and Dianne have used and recommended a place called Quiet Times which for a nominal fee (usually $1-$2) will let you use their mailing address to receive packages. 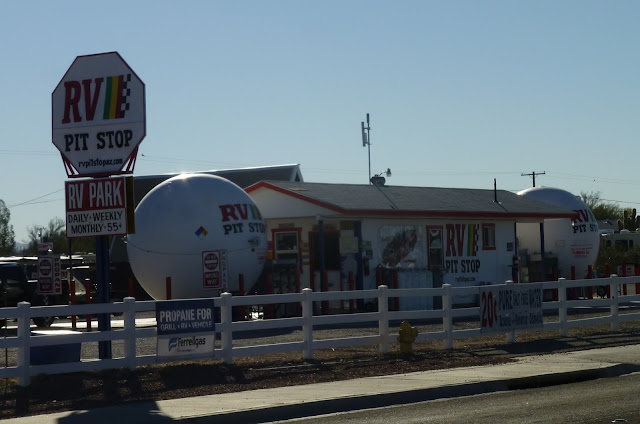 Let’s not forget some of the food establishments in town…..Silly Al’s which has a great pizza and Beer Belly’s Adult Day Care is a great place to stop for a burger and a beer. Not only is Quartzsite known for it’s boondocking, but is also known for the 2 month Rock, Gem and Mineral Show starting January 1st and of course the RV Show January 16th-24th. During those times this place gets REALLY interesting....more to come next time on that but here is a little teaser......


These necessities aside, it was time for some fun! So what do you do in the middle of the desert for fun? Well, there is happy hour for one! We got together with Steve and Dianne a few times along with their friends Deb and Ray and fellow RV Dreamers Dale and Ruth.


There are hundreds of miles of jeep and 4 wheeler trails so we took the opportunity to do both. We hit the trails with Steve and Dianne one day where they showed us several abandoned mines, stone cabins and geocaches. I can see us spending a lot of time exploring areas looking for the thousands of geocaches in the area. The history of places like this are very interesting but I think the coolest thing we have seen so far were the mortar/grinding holes formed by the Indians when they ground grain.


All in all it looks like it is going to be a good albeit interesting place to spend the winter!
Posted by Jim and Barb's RV Adventure at 1:18 PM