The roller coaster ride that is our weather continued this week with peaks and valleys on both sides of extreme. The rancher next door moved his cattle over last week as most of the cows had calved. He does not let them come onto our property until they have their calves and knows everything is alright. Then come over to eat our grass and hide in the trees should some weather hit.

And hit it did! Monday found Barb and I shed hunting in t-shirts as the weather reached well into the 70's. We had a great day and found these two beauties. The first one is a whitetail and is pretty decent for a whitetail in our area but the second one ....wow! I don't care where you live, that is a nice elk! 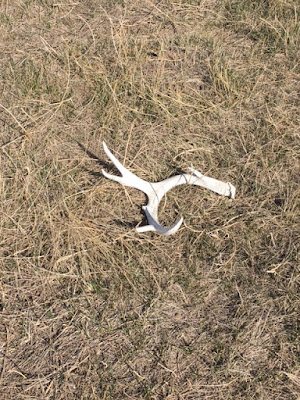 Once we had crested the peak with the mid 70's on Monday we had no where to go but down and down we went at lightning speed! Tuesday was a high of 36. Snow started falling about noon and did not stop until well into the night. When we woke up Wednesday morning we had well over 12" on the ground.

The deer sure appreciate the hay on these cold snowy mornings!

Having hit the bottom the temperatures again started to climb with the high on Wednesday in the mid 50's and 60's on Thursday. By Saturday it was all pretty much gone and things were greening up again.

Before the snow hit on Tuesday we went into Rapid to get new tires on the truck. We went with BF Goodrich KO2's this time. A little more aggressive tread than we have gotten in the past but with us living where we do and not being on the road quite as much we thought it was a good match. Barb had set up an appointment with Discount Tire on line and had everything paid for before we even got there. Imagine our surprise when we pulled up at 9am the there was a sign in from of one of the bays welcoming us! We pulled up to that bay, they moved the sign and we pulled right in!

They had 5 guys working on our tires and we were out of there with 6 new tires mounted and balanced in 30 minutes!

I had changed the oil and replaced the air filter earlier this week and now with the new tires we were ready to mount the camper! It had not been on since last fall and is ready for our next adventure!

We spent the next couple of days getting it packed up for whatever adventures await us. Hard to pack up when you don't know exactly what you are going to do but we are planning for the best and are ready for anything!

Our big adventure of the week actually happens tomorrow when Kevin and I take a road trip just north of Sioux Falls to pick up 3 Scottish Highlanders! We went in with Kevin and Cheryl on them and hope to grow our herd in the future as well as filling the freezer. 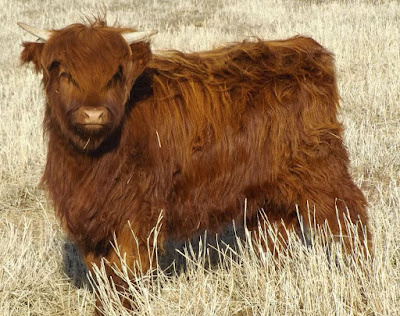 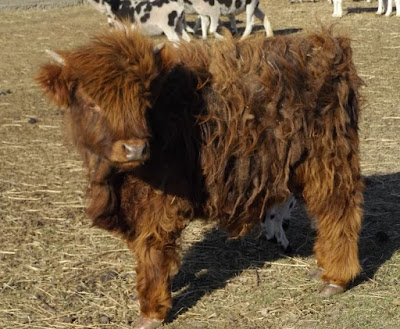 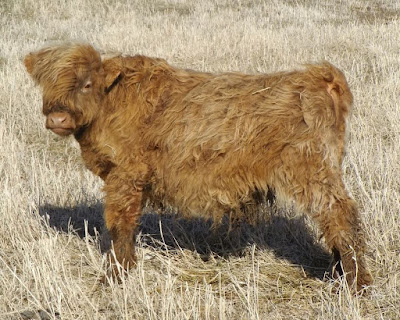 They are yearlings and will spend the summer over at Kevin's and head over here in the fall. We got one heifer that Cheryl named Norma and two steers we named Filet and Mignon.

Last but not least, we are less than a week from picking up Zoey! She went to the vet yesterday, got her shots and the clearance to travel next week. She weighed in at a whopping 6.1lbs. The breeder continues to send us videos and pictures almost daily. Here she is with her litter mates.... 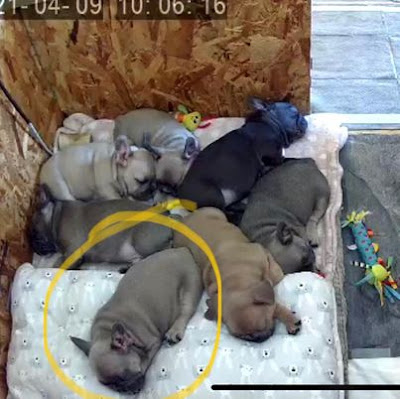 Chores done, camper packed, it is time to head north once again to help with the spring planting. We are ready for a break from the house and cannot wait to see what adventures await us!

Posted by Jim and Barb's RV Adventure at 6:08 AM