Born in 2008 Daisy was a rambunctious puppy. We honestly did not know if we were going to make it through her puppy stage. I don’t remember how long it lasted but next thing we knew she was the perfect dog. We called her “the baby” because she was always on our lap, our legs or our feet and she loved, loved, loved laying on her back and having her belly rubbed!

In her early years she was Barb’s barrel race companion spending every weekend at a rodeo or some other barrel racing event. 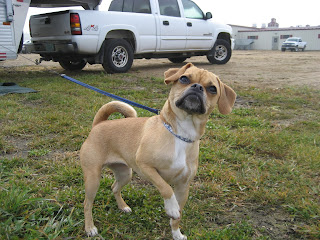 At one show they had a Calcutta when attendees bids on the barrel racers dogs for a race across the arena. The owners were on one end of the arena and the dogs on the other. Daisy won the by a landslide and the person who bet on her won over $100. Those who met her in her later years would find it hard to believe she could win any race unless it was to a dinner bell!

Once we hit the road she has been our constant companion for the past 7+ years, 24/7/365.  She has been from the east coast to the west coast, from Alaska to the far reaches of southern Florida. You could not ask for a better traveler, she was either sitting on our laps or laying on the center console watching the world go by. 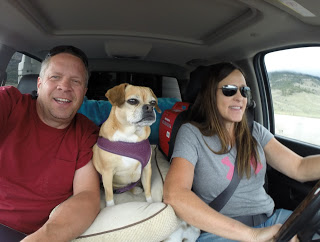 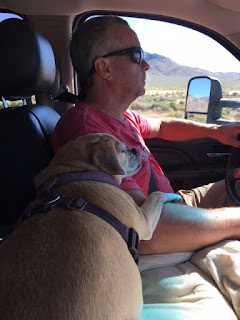 She was a frequent star in many of our blogs, in fact, more than once we would be walking through an RV park and someone would stop us and ask us “Is that Daisy?!?!”  As many of you know, she was a real trooper and let us pose her for many of her pictures. 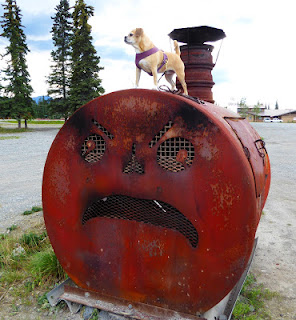 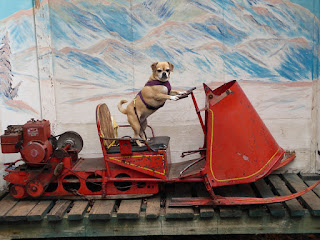 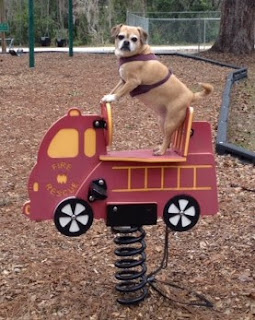 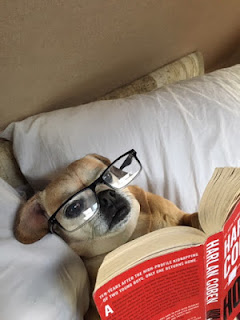 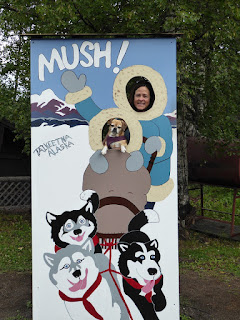 It seems surreal that she is gone, the house seems empty and we are missing a huge part of our lives. She had many talents. She loved hunting and dog shows and would watch them intently and even try to attack the TV. 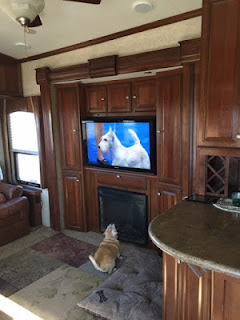 She was also a rock hound with a super great nose. I could pick up any rock have her sit and throw it in a gravel area and she would find that exact rock and bring it back every time! Another one of her special talents was her “sit and spin” but this was not until her later years when her tumor started bothering her. She is also well known for always have to sit on someone’s foot in a group. We don’t know if it was a comfort thing or a dominance thing but she loved sitting on peoples feet! 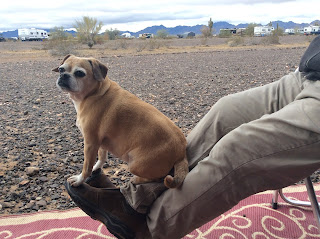 It did not stop there. It started with Bailey and carried on to Dakota where she would literally sit on their backs (or heads)! 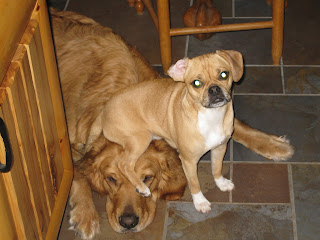 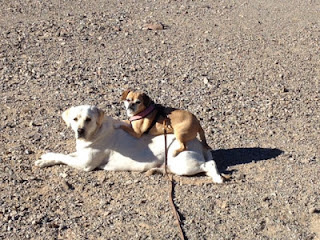 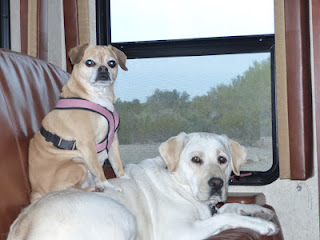 This past Friday stated out like any other day. Barb got up and went to Rapid City to run some errands and I stayed home to do some work on the stairs. Daisy had not eaten that morning and had not gone to the bathroom in over 24 hours but she has powered through days like this before. Little did we know at the time it was her last day. Daisy spent the day sleeping with Dakota, she went out a few times but no luck. 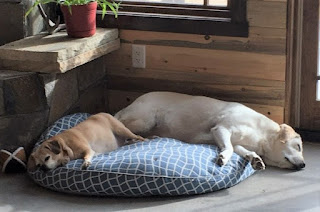 Then she started shaking and throwing up, then would lay down and rest some more. Barb got home about 3:00 and it was more of the same.

One of the hardest things about having an older dog is knowing when to take her in but she left us no question it was time. The vet was so nice. Typically they do not let you come in for the appointment, instead walking out to the car and taking your dog in. We did not think we would be able to go in with her but when they came out they asked if we wanted to come in.

Coming back home the house seems so empty, like something is missing. Even eating supper is not the same without her watching every forkful from my plate to my mouth. We know the pain will go away with time but she will forever be missed and forever in our hearts. 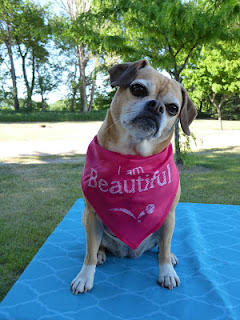 Posted by Jim and Barb's RV Adventure at 7:20 PM