First Week Back in South Dakota!

Pulling out of the driveway at The Farm bright and early Sunday morning was bittersweet. I felt like I was leaving with so much work undone yet I missed Barb and the girls as well. But with no rain in the forecast it would be a while until they started planting again. Or would it? Two days after I left they were back in the fields planting like crazy! Did they get any rain? Nope. They only thing different is that I was gone. So it makes one wonder…was the whole “We are going to wait until we get moisture” thing was just a ploy to get rid of me or had plans changed? I may never know……

On the way south I had two more examples of You Know You Live in the Country When….. The first was just mere minutes after getting on the road when I had to pull over and take this picture. Sights like this only happen in the country. 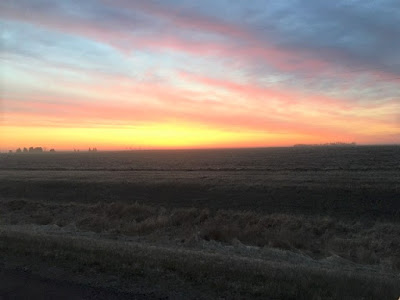 The second was as I was going through a small town along the way. When I saw this sign posted at a campground I just had to stop and take a picture of it!

The following day was a big day and one that Barb had been looking forward to for quite some time. Her cousin Lori from Alaska was coming to visit! Lori and her husband Jim had flown from Fairbanks to Denver to attend their son’s graduation from law school in Laramie, Wyoming. They planned their trip so they could come visit us as well!

We had not seen them since we were in Alaska in 2016 so a visit was long overdue! They arrived Monday afternoon and left Wednesday morning. Lori had one thing on her bucket list for her trip to the area….A visit to Wall Drug! As exciting as that sounds Jim and I decided to stay back and let Barb and Lori have all the fun, and fun they had!

Some kind old lady offered to take their picture on one of the statues. Next thing you knew, they were dragging this poor lady around Wall Drug having her take their picture everywhere! She probably ran to her car when she was done regretting ever offering in the first place! 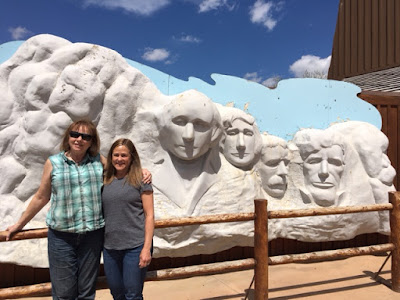 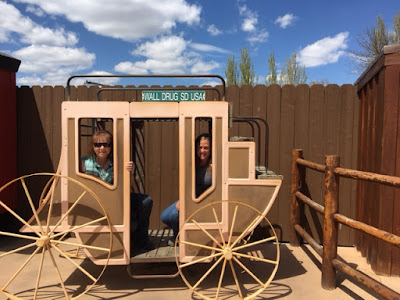 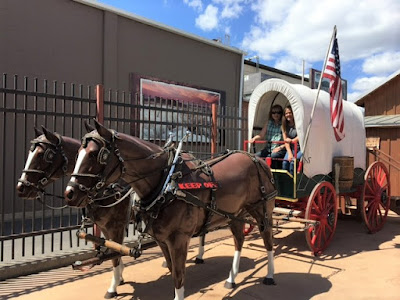 All too soon it was Wednesday morning and they were on their way to Laramie to attend the graduation.

We spent the rest of the week over at Kevin and Cheryl’s in a final push to get everything done over at their place. It was all hands on deck as Dan, Bonnie, Barb and I were over there as often as possible to get things done. We spent most of our time on the siding but lots of other things were getting done as well. For a full view of the progress check out their Facebook page here….

Kevin and Dan had gotten the stone done the week before, now it was time to work on the siding. We already have this entire side done but have not updated the pictures. 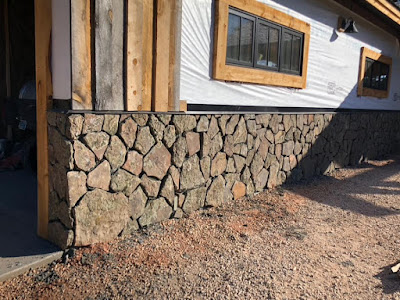 Barb and I got one project done at our place this week. That was the planting of two food plots for the deer. Using some seed I got from the farm I tilled the ground in two areas and planted soy beans, peas and wheat.

I have no idea if it will grow but it is something I have wanted to try for a couple of years now. 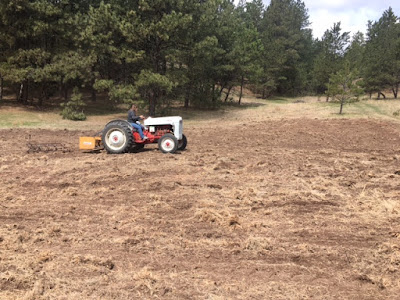 We also made a final decision on our flooring throughout the entire main floor. This was a painful and tedious process.  Barb literally brought home a dozen or more samples, moving them around the house to see how they would look against the rock, the cabinets, the pine walls, morning light, day light, evening light.... you name it. None of these samples made the cut, you will have to wait and see what we actually did pick when we get it installed! 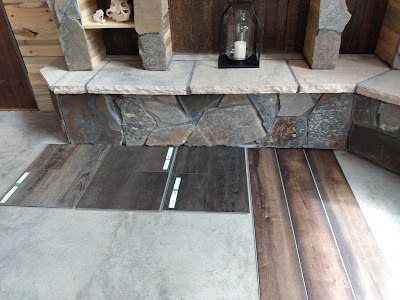 And finally the pictures you have all been waiting for, a couple pictures of Zoey and Dakota! Zoey had a great week and had a playdate with our neighbors Jim and Carmen's dog Cooper. They were zooming around so much we were not able to get any pictures but once she got home she was zonked out! 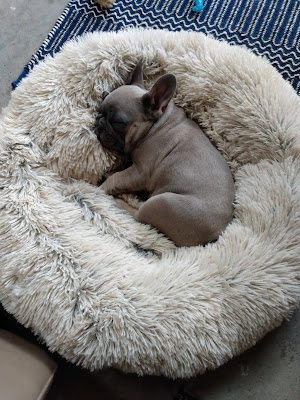 Dakota and Zoey are playing constantly, and when they are not playing they are relaxing on one of the many beds scattered throughout the house. This is one of my favorites! 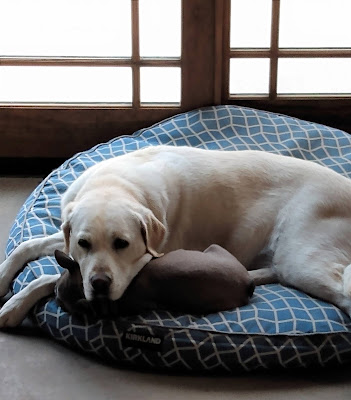 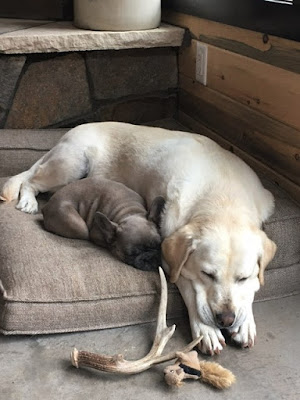 Posted by Jim and Barb's RV Adventure at 6:39 AM